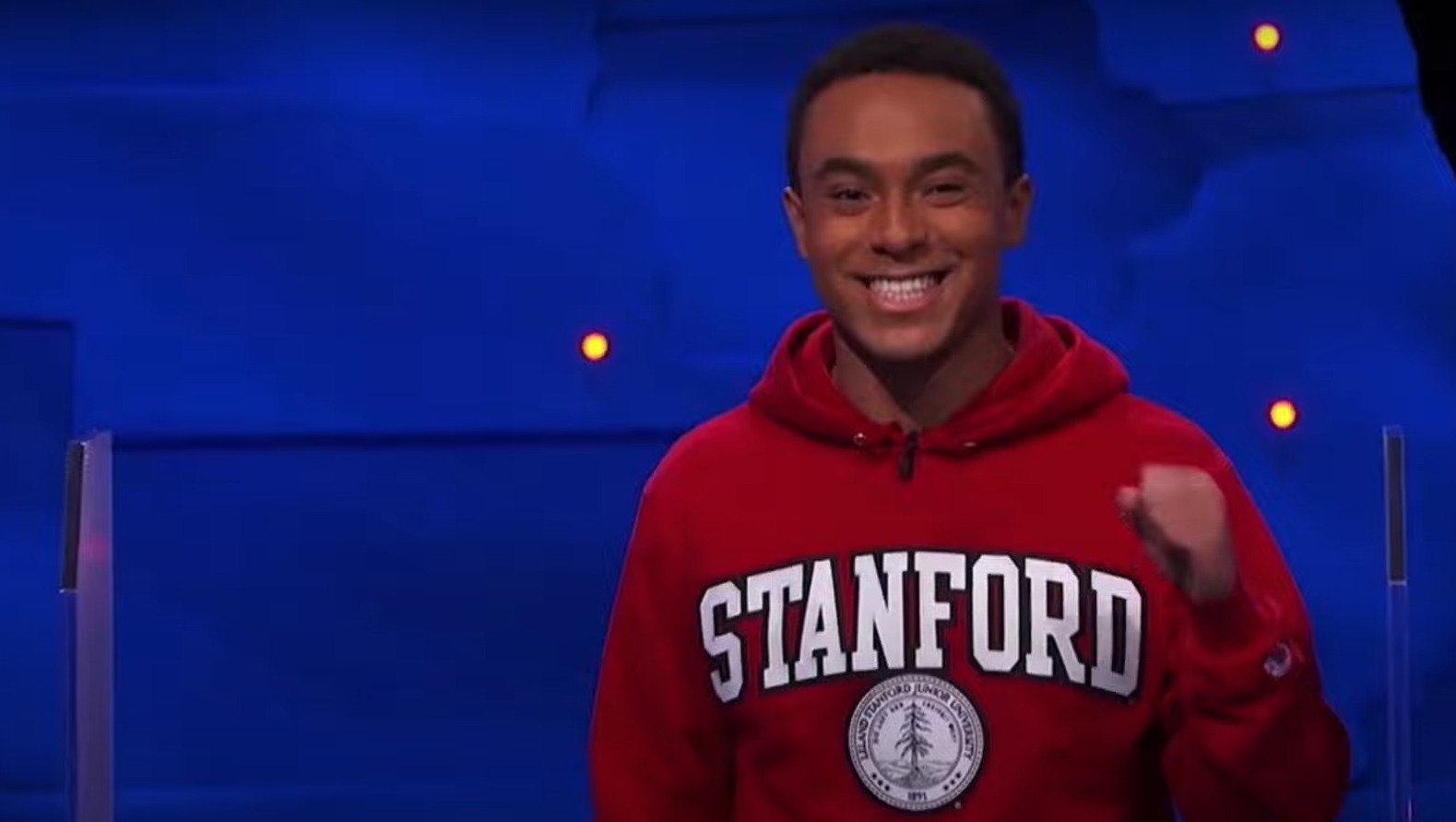 ‘Jeopardy! National College Championship’ is a multi consecutive-night television event hosted by Mayim Bialik of ‘The Big Bang Theory’ fame. It is part of the ‘Jeopardy!’ franchise which comprises general knowledge-based game shows. The Mayim Bialik-fronted 2022 edition features 36 college students from across the USA pursuing their undergrad degrees. Each episode has six students who compete with each other. So, let us take a look at the contestants of the first episode featuring Quarterfinals 1 and 2.

A student of Stanford University, Isaac Applebaum is majoring in biology. He is not only a bright student but a very talented jazz pianist. Isaac has a YouTube channel where he has posted videos of his performances, but the account was primarily active in 2018. He is also one of several jazz pianists who performed at the Winter 2020 Jazz Piano student recital at Stanford.

A resident of northeastern Connecticut, Gus Guszkowski is pursuing a Bachelor’s degree in Classics and Classical Languages, Literatures, and Linguistics at Dartmouth College. Their father is a big fan of ‘Jeopardy!’ and has auditioned at least 13 times. It was he who encouraged them to participate in the show. From June to August 2021, Gus worked as a Museum Educator at The Montshire Museum.

Catherine Zhang graduated from Cornell University in December 2021 with a degree in computer science and sociology. She participated in the ABC series while she was in her final semester. Originally from Pennington, New Jersey, Catherine loves to bake, cook, and eat, as is evident by her social media presence. Besides, she promotes healthy eating habits and is quite vocal about racism in the food and wellness industries.

A native of Ridgewood, New Jersey, Ella is currently a student at Princeton University who is set to graduate in 2022. She is pursuing a Bachelor’s in Chemical and Biomolecular Engineering. She attended the Horace Mann School from 2014 to 2018. Since her school days, Ella has actively participated in extracurricular activities, including debating and swimming. Moreover, she has a solid background in research, which includes stints at Weizmann Institute of Science, Brangwynne Lab (Princeton University), and Institut Pasteur (Paris, France). In the summer of 2020, she even interned as an analyst for Bain Capital Life Sciences.

At present, Jasmine is pursuing a degree in computer science and cognitive sciences with a specialization in linguistics from Rice University in Texas. She is particularly interested in this combination of majors because she believes it is important to understand computer and the mind in order to improve the relationship between the two. In addition, Jasmine is keen on learning more about UI/UX design. She has been a student computing consultant and a teaching assistant at Rice University. Hoping to graduate in 2023, Jasmine is currently a Human Factors Undergraduate Research Assistant at her university.

A Louisiana native, Stephen is a student at the Louisiana State University, where he is studying political science and government. He is set to graduate in 2022. Apparently, ‘Jeopardy!’ is his favorite show that he has been watching since he was a child. Therefore, it was a dream come true when he was given the opportunity to participate in the game series. To prepare for the competition, Stephen binged the previous seasons and practiced responding quickly by using a pen as a makeshift buzzer.