Who are Terry Bradshaw’s Grandchildren? Who is Zuri Bradshaw? 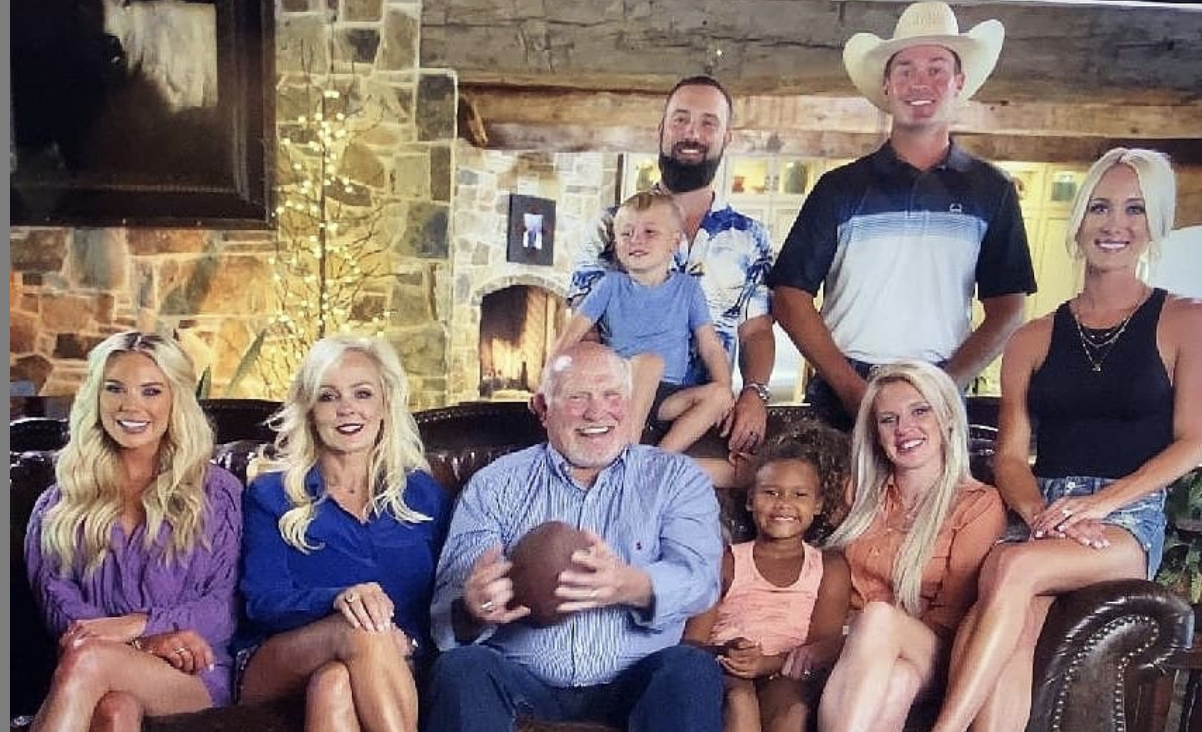 Terry Bradshaw has been working each day for the past 25 years and humbly credits all his success to the four pivotal women in his life: his partner and their daughters. After going through three broken marriages, the legendary NFL quarterback found love in Tameria Alice (now Tammy Bradshaw). They dated and lived together for 15 years before tying the knot in a private ceremony on July 8, 2014. They both have children from their previous marriages and have responsibly stepped up to become parental figures to each other’s kids. Terry cannot thank his stars enough for having his step-daughter, Lacey Hester-Luttrell, in his life. She is why the athletic megastar experienced the pure joy of being a grandfather to not one, but two adorable toddlers. Here is everything we know about the infants who have already become reality TV stars and won a “bunch” of hearts!

Lacey Hester has a beautiful daughter, Zurie, from her previous relationship. She never publicly revealed her father’s details, and it remains one of the most well-kept secrets in the Bradshaw family. But the unconventional story did not stop her step-dad from showering his love and benediction on her first child. Born in April 2013, Zurie became the apple of Terry’s eye in no time. The free-spirited girl has already developed a deep sense of admiration for horses like her granddad and gorgeous aunt, Erin Bradshaw, who is an APHA exhibitor, and Champion. Interestingly, the tiny tot competed in her first horse show at TBQH (Terry Bradshaw Quarter Horses) in July 2020. Not only did she win the division, but also took home the first prize overall.

Lacey filled the Bradshaw house with bouts of happiness a second time when she begot Jeb Hester on June 3, 2017, fathered by her husband, Noah Hester. Their first child together is the light of their life and she frequently refers to him as an angel. The baby boy seems to have inherited the best features of both his parents but looks more like his mother with the gorgeous blond hair and hazel green eyes.

Terry Bradshaw’s Bonding with His Grandchildren

As witnessed by ‘The Bradshaw Bunch’ fans worldwide, both his grandchildren share an amusingly amorous equation with Terry Bradshaw. Completely unaware of his celebrity status, Zurie is seen cutely ordering him around and dressing him up as a unicorn for a tea party. Hardly seven years of age, she is a brilliant first grader who makes her parents and grandparents incredibly proud.

Jeb is still really young to remember himself goofing all around the Bradshaw household. But he sure cracks his grand-dad up like nobody else in the world. Terry has indeed lived a full life and admits to not having a long bucket list as he stands at 71 today. Nonetheless, spending more time with Zurie and Jeb is undoubtedly one of the few things on it. He looks forward to Rachel and Erin, his other two daughters, adding a sumptuous amount to this blissful feeling, by soon giving him more kiddies to play with and pamper to his heart’s content.