Who Are the 10 Richest American Ninja Warrior Contestants?

NBC’s ‘American Ninja Warrior,’ sometimes abbreviated to simply ‘ANW,’ is the production of a sports competition. Here, people from all walks of life come together to pursue their common dream of completing some of the most complex obstacle courses in the world. A few of these athletes even go as far as to dedicate their entire lives to accomplish this goal. But, we’ll be honest, only a few have ever finished the tracks in their entirety. With this, we bet that you’re curious to know about their careers and net worth, right? So let’s find out who the ten richest ‘American Ninja Warrior’ contestants are. 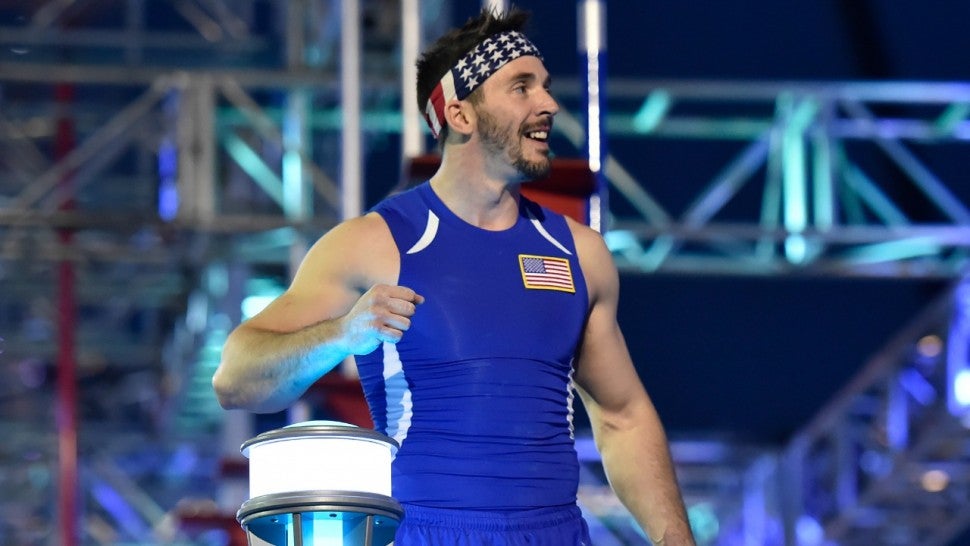 As a gym owner and one of the most successful Americans to ever come on ‘Sasuke,’ Drew Drechsel, like some of his fellow ninja warriors, has had a long run on its USA equivalent. In fact, after performing on the program from season 4-11, including its special ‘USA Vs. The World’ installment, he ended his stint with the $1 million cash prize. After all, Drew completed all four stages in the series’ national finals. However, his fame and glory were short-lived as the federal government soon apprehended him on charges related to sexual activities with a minor.

Daniel Gil, also known as Kingdom Ninja, has been a part of ‘American Ninja Warrior’ from chapters seven through thirteen. But it was only towards the end of this, in season 12, that he conquered the competition and won $100,000. The recognition Daniel received from the show led him to serve as a motivational speaker, which he continues to do while also being a fitness and ninja trainer. The world traveler is happily married and proceeds to promote ‘ANW’ whenever possible.

Born on August 10, 1979, Geoff Britten is a sports athlete and cameraman who appeared on ‘ANW’ in seasons 6 through 8 and also season 11. In fact, he was the first one to ever finish all the obstacle courses in the finals — during season 7. But he wasn’t crowned as the winner because Isaac Caldiero completed the track moments later as well, and he was seconds faster. Yet, Geoff was the one who made history by being the primary one to have a perfect season. And now, after spending years as a cameraman for sports teams in Maryland and Washington, he serves as the Creative Director at Ninja Nation.

James McGrath, also known as The Beast, made his debut on our national television screens with season 2 of the program. And although his first run didn’t go well, he returned the following season, won our hearts, and continued to do so for a long while. Having been a successful competitor at the highest level of obstacle sports since 2011, this New York resident now utilizes his experience to provide training and coaching sessions for those who need it. He’s a public speaker and self-employed, but it works out perfectly for him.

David Campbell is a name we have all come to know and admire over the last few years, thanks to his steady determination to prove himself as an athlete to the world. After all, not only has he featured on ‘American Ninja Warrior’ several times, but he is also one of the most vital and successful performers on ‘Sasuke.’ By being the last man standing on the USA show twice, he has earned his nickname of The Godfather. Moreover, to remain an active part of the ninja fitness training and health community, David also has his own YouTube channel on which he posts workout and training videos.

Brent Steffensen’s name in this list is no surprise, especially as he is well-known to be a veteran competitor on both ‘American Ninja Warrior’ and its Japanese original, ‘Sasuke.’ Having always had a keen interest in outdoor adventures and the skills they require, Brent pursued gymnastics, diving, and snowboarding when he was a youngster. Thus, he now earns a living by being a reality television personality and stuntman. Some of his credits as the latter are ‘The Cell 2,’ ‘Gentlemen Broncos,’ ‘Animals,’ ‘After Earth,’ ‘The Internship,’ ‘Maze Runner: The Scorch Trials,’ and ‘Wind River.’

Jessie Graff is a professional stuntwoman and obstacle course athletics-based personality who is trained in seven different styles of martial arts. She credits her early years as a gymnast, trapeze artist, and pole vaulter for having played a crucial role in her agile and successful runs on ‘ANW’ and ‘Sasuke.’ As for her job as a stuntwoman, some of Jessie’s numerous credits include ‘The Dark Knight,’ ‘Knight and Day,’ ‘Shadows in Paradise,’ ‘Agents of S.H.I.E.L.D.,’ ‘Wonder Woman,’ ‘Bird Box,’ ‘Army of the Dead,’ and ‘Wonder Woman 1984.’

Isaac Caldiero is a carpenter, athlete, and rock climber who competed on the obstacle course program through seasons 5, 6, 7, and 10. In the seventh season, he achieved what is now called a “Total Victory” and was subsequently awarded the $1 million cash prize. Despite this, though, he and his partner, Laura Kisana, continue to enjoy a simple life — often in an RV. However, Issac did establish a community-based bouldering, ninja training, and fitness center in Southside Chattanooga, Tennessee, dubbed as Synergy Climbing and Ninja.

Kevin Bull was always interested in having adventures, so he knew that he wanted to have a dynamic profession from an early age. Consequently, he competed in various track and field events in school and ended his career as a California State Champion in the decathlon, 4×400 m relay, and pole vault. Then, a few years later, he quit his steady job to compete on NBC’s ‘American Ninja Warrior,’ which stuck. Since then, Kevin has done several more runs on the show and used his platform to spread awareness about Alopecia, a medical condition he suffers from. He also works as an independent stock trader and businessman.

No ‘American Ninja Warrior’ list is complete without Joe Moravsky’s name in it, and somehow, this one is no different. Having been a contender from seasons 5 through 13, he has succeeded in making an undeniable stand for himself in the community. Joe’s been the last ninja left standing twice, but now he wants to win, and it doesn’t seem like he’ll stop until he does. Apart from being an obstacle course expert, he is also the Manager of Stamford Ninja Academy and a Freelance Meteorologist for News 12 Connecticut. The nickname given to him on the series is Weatherman.

Read More: How Much Do American Ninja Warriors Get Paid?