Cargyll Twins in House of the Dragon: Are the Actors Twins in Real Life? 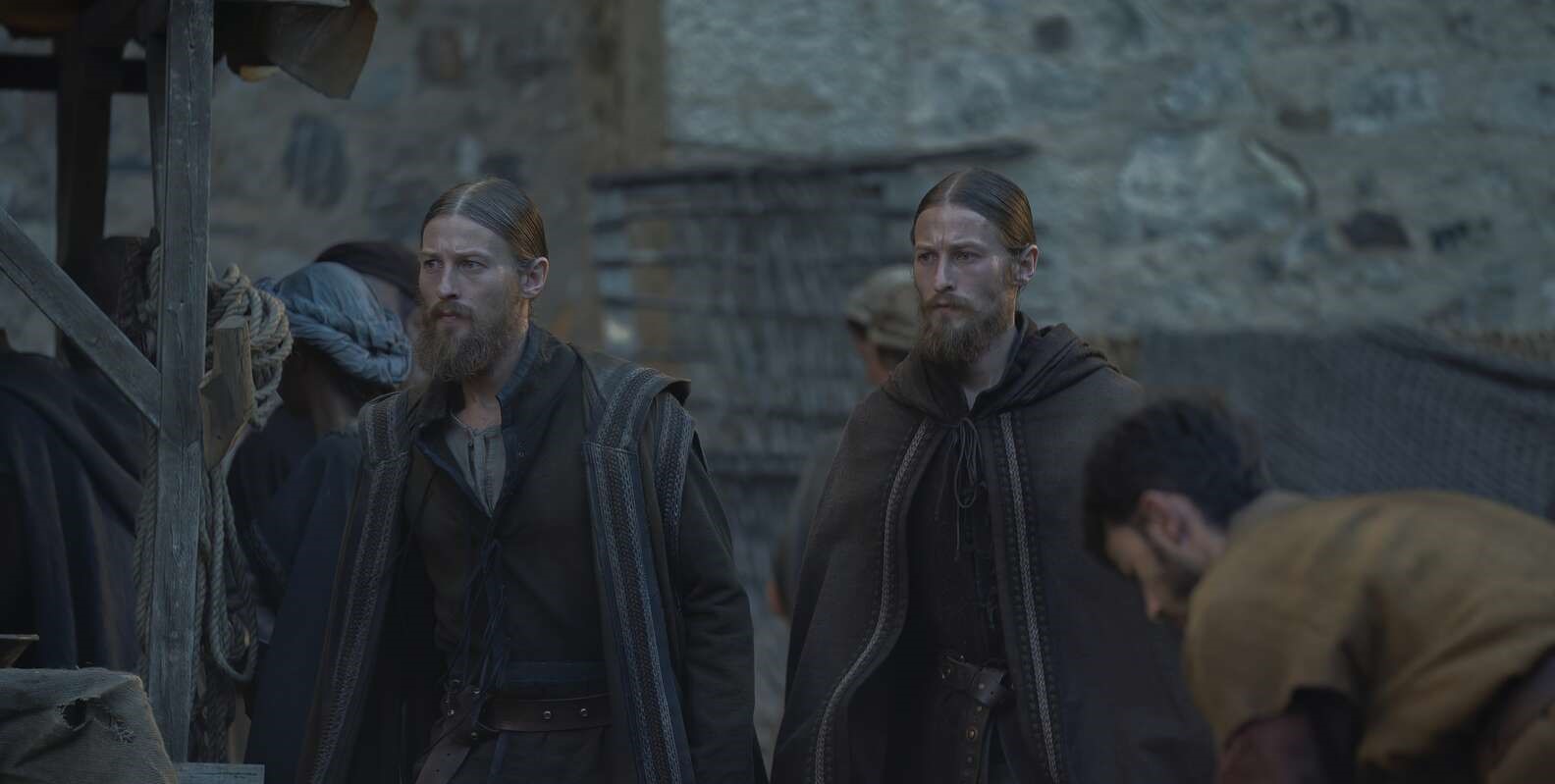 Created by George R.R. Martin and Ryan Condal, ‘House of the Dragon’ is a prequel to ‘Game of Thrones.‘ Set about 200 years before the original series, ‘House of the Dragon’ chronicles a bitter civil war between the two factions of the ruling Targaryen dynasty. In ‘Fire & Blood,’ Martin’s 2018 novel on which the series is based, the war lasted for two years and resulted in the near decimation of House Targaryen and the temporary extinction of the dragons.

The carnage predictably impacted the nobility and peasantry. The enmity and hatred the royal family members had for each other spread like a plague, brothers killed brothers, and families were wiped out. One such subplot involves the Cargyll twins — Ser Arryk and Ser Erryk. Here is everything you need to know about it. BOOK AND SHOW SPOILERS AHEAD.

Who Are the Cargyll Twins?

Ser Arryk and Ser Erryk Cargyll make their first appearance in the pilot episode of the series, but they aren’t an important part of the narrative until episode 9. Following the death of Viserys I Targaryen, Otto Hightower, the Hand of the King, tasks the Cargyll twins to find Aegon II, the oldest son of the late king and Otto’s daughter Alicent. Meanwhile, Alicent sends out her second son Aemond and her sworn protector Ser Criston, also to find Aegon II. It hasn’t been a whole day since the king’s death, and yet there is already a power struggle. As the twin Kingsguards look for the designated future king of the Greens, Erryk mentions Aegon’s numerous vices to his brother. This interaction seems to set up the future conflict between the brothers.

In the books, the Cargyll twins participate in the tourney celebrating Viserys’ accession at Maidenpool in 105 AC, and Criston unhorses them both during the jousting competition. Fifteen years later, Viserys made Erryk the sworn protector of his daughter and heir, Rhaenyra. As for Arryk, he apparently came across Rhaenyra and Daemon while they were in bed together in 111 AC, according to the accounts of Septon Eustace. Court jester Mushroom posits the theory that Daemon was teaching his niece how she can seduce Criston. Either way, Viserys sent Daemon away soon after.

During the civil war, Arryk pledged his sword to Aegon, while Erryk joined the Blacks. Criston sends Arryk on a mission to Dagonstone. While the history of the Song of Ice and Fire states that Arryk was told to pretend to be his brother, his exact mission remains unknown. Eventually, Arryk came across Erryk, and the twins killed each other.

Songs composed on the incident claim that the fight between the twins lasted an hour, and as Arryk and Erryk died, they spoke about how they loved one another, though Mushroom claims that the fight didn’t last long, and the twins cursed each other as traitors with their last breath. Martin once stated that he based the Cargyll twins on Balin and Balan, brothers from Arthurian legends.

Who Play the Cargyll Twins? Are the Actors Twins in Real Life?

Arryk and Erryk are portrayed by Luke Tittensor and Elliott Tittensor, respectively, in ‘House of the Dragon, and yes, the actors are identical twins in real life. The siblings reportedly appear together in the soap opera, ‘Brookside.’ The twins were cast as Carl Gallagher in ‘Shameless’ (UK). Following his brother’s departure from the show, Elliott became the only actor playing the role.

Both brothers have had run-ins with the law over the years. In 2009, Luke was fired from the show ‘Emmerdale’ after pleading guilty to attacking a teenager. Elliott hit a trainee plumber while driving a car that wasn’t covered by insurance in 2010. He later pleaded guilty and was ordered to pay a significant amount of money in damages to the aggrieved party in a civil lawsuit.

Read More: Is House of the Dragon’s Milk of the Poppy a Real Thing?