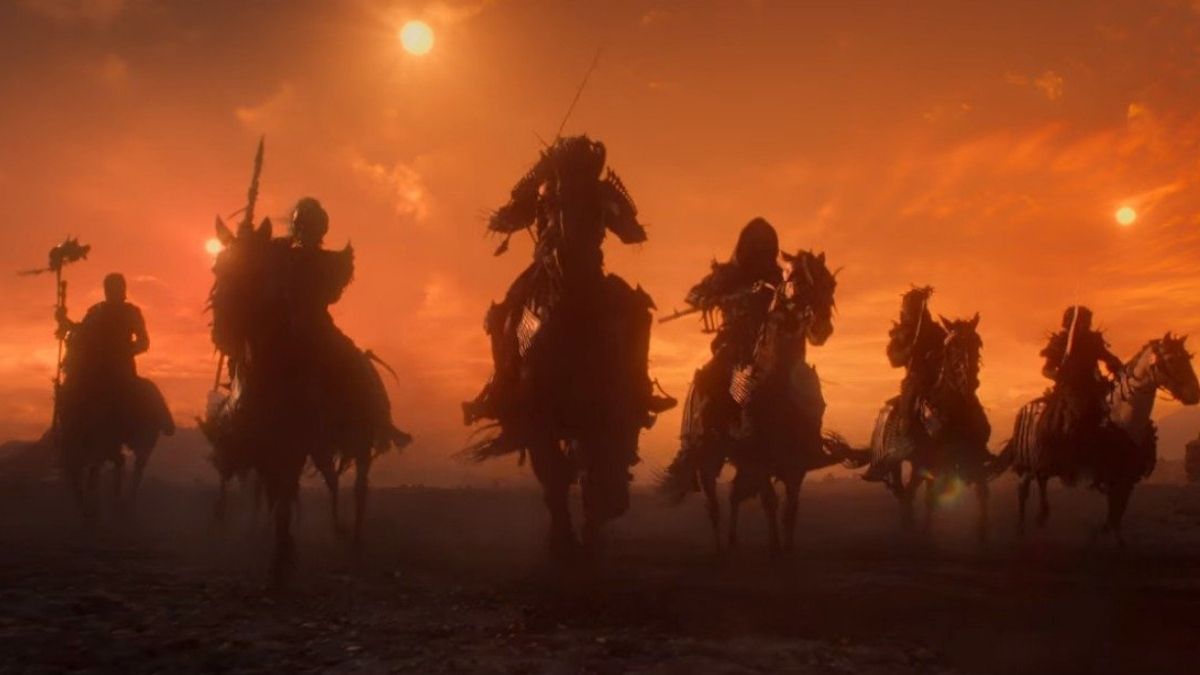 The Wild Hunt is a prevalent motif in Northern European folklore. They traditionally revolve around a pursuit of some kind led by Odin or some historical or Biblical figures. The group of hunters is generally made up of ghostly dogs, dead souls, Valkyries, elves, or fairies. The concept has appeared prominently in the fantasy materials as well, and the Witcher franchise is no exception. In the Netflix series, along with Nilfgaardian Imperator, Emhyr var Emreis, the Wild Hunt is set to serve as the primary antagonist. Here is everything you need to know about it. SPOILERS AHEAD.

Who Are the Wild Hunt in The Witcher?

It is believed that the Wild Hunt (also known as the Wraiths of Mörhogg in Skellige) is a group of ghostly figures riding their horses across the sky. In reality, the Wild Hunt comprises Aen Elle (translates to “People of the Alders” or “Alder Folk” in Elder Speech) elves. The Aen Elle and the elves of the Continent or the Aen Seidhe (People of the Hills or Hill Folk) hail from the same ancestral world. The Aen Elle went to a different world and became one of its dominant species. They are constantly at war with the Unicorns, the other sentient species of that world.

The members of the Wild Hunt have a name for themselves, the Dearg Ruadhri or the Red Riders. Their leader is General Eredin Bréacc Glas. As the leader of the Wild Hunt, he is also known as the King of the Wild Hunt. Eredin later kills Auberon Muircetach, the king of all Aen Elle elves, and becomes the king himself.

Alongside the unicorns, there were apparently humans in the new world when the Aen Elle arrived. However, the entire human race seemed to have been wiped out since then. The Aen Elle built Tir ná Lia, a city that became their capital. After the Aen Elle gained access to portals that could take them to other spheres or worlds, Auberon Muircetach formed the Red Riders to invade other spheres and bring back slaves.

Alongside Eredin, the Wild Hunt cavalry unit includes Ge’els, Imlerith, Nithral, Caranthir Ar-Feiniel. In the second season finale of the Netflix series, the demon Voleth Meir also joins the Wild Hunt. To instill fear among the people they attack, the Wild Hunt use skeletal armor and project themselves as specters riding ghostly horses. The tactics clearly have worked. They are viewed as the omen of war, death, and misery.

Why Is the Wild Hunt after Ciri?

Ciri first encounters the Wild Hunt when she travels to another sphere to exorcise Voleth from Yennefer’s body. The Wild Hunt approaches the three protagonists on their horses, with Eredin calling Ciri the “Child of the Elder Blood” and “starry-eyed daughter of Chaos.” He tells her that her place is among them and asks her to join the Wild Hunt. Like the royals, Nilfgaardians, magic users, and other interested parties, the Wild Hunt is interested in Ciri because of the Elder Blood, which she has inherited through her mother Pavetta and grandmother Calanthe as a descendent of the legendary Elven warrior Lara Dorren.

Read More: Why Does Ciri Look Different in The Witcher Season 2?