Who Dies at the End of The Lucky One: Keith or Logan?

Directed by Scott Hicks, ‘The Lucky One’ (2012) is an emotional romantic drama movie that depicts the love that happens due to connected destinies. Logan Thibault is a former Marine who is troubled by the memories of war. He embarks on a journey to find a woman whose photograph he found lying abandoned on the battlefield. He finds out that she is Beth Green, who lives in Louisiana with her son Ben and grandma Ellie.

Logan thus arrives at Beth’s doorstep and seeks employment in her dog motel. She is initially reluctant to accept his presence but soon warms up to him as he helps her deal with her grief and pain. Beth and Logan begin to fall in love with each other but are blackmailed by her former husband Keith, a deputy sheriff who still acts possessive of her and Ben. He thus tries to intimidate Beth and in an act of blind rage, he endangers his, Ben’s, and Logan’s life. But do Keith and Logan survive the horrific incident? Let’s find out what happens. SPOILERS AHEAD.

Yes, unfortunately, Keith suffers a tragic death in the intense climax scene of ‘The Lucky One.’ From the beginning, he takes a disliking to Logan’s presence around Beth and Ben. Moreover, he is extremely territorial of his son and former wife and bullies her into accepting his terms by flaunting his cop status. Thus, when he sees Logan and Beth becoming close to each other, he tries to threaten her by taking Ben’s custody and legally proving her to be a bad mother.

Beth initially submits to the fear of losing her son, but then she decides to pursue her feelings for Logan when she realizes that Keith’s control over her is unreasonable. However, a suspicious Keith then goes through Logan’s belongings and proves to her that he might be connected to her brother Drake’s death. Beth confronts Logan about her photograph which was found in his belongings, and he confesses that he indeed came to Hamden looking for her. Hence, she holds him responsible for Drake’s death and accuses him of stealing his destiny.

A dejected Logan prepares to leave Hamden, but a drunk Keith tries to get into an altercation with him and pulls out his gun at him. Luckily, Logan subdues him and makes him realize the gravity of his actions. A guilt-ridden Keith hands over his police badge and tries to reconcile with Beth. But when she refuses, he egoistically threatens to take Ben away with him. A petrified Ben witnesses his parents arguing and runs out in the rain to hide in his treehouse.

Keith, Beth, and Logan rush behind him in concern, but as Ben begins to cross the bridge that leads to the treehouse, it breaks and falls into the river below. Keith jumps in to save his son and manages to grab him, but his foot gets stuck in the bridge debris underwater. In an act of selflessness, Keith asks Logan to carry Ben to safety and they are able to save the boy. However, before Logan can swim back to rescue Keith, the treehouse falls on the latter’s head, causing him to die and get swept away by the river. 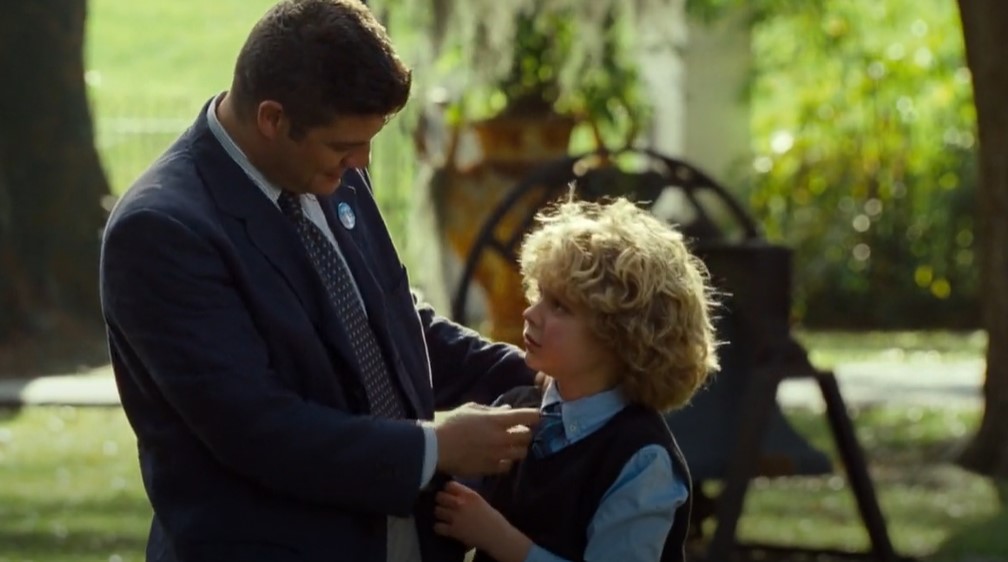 Though Keith is an aggressive, egoistic, and selfish man throughout, he does love his son unconditionally. He is a good father who doesn’t think twice before sacrificing his life to rescue Ben, and even puts aside his dislike towards Logan when it comes to his son’s safety. Keith’s death finally absolves him of his misdeeds and instills gratitude in everyone’s hearts for his heroic act.

No, Logan survives due to Keith’s courageous sacrifice and also because he is fated to belong with Beth and Ben. After pulling through the tragic incident, he suddenly remembers the truth about Drake’s death and tells Beth about how her brother died valiantly while trying to save an injured troop-mate.

Beth thus feels relieved from the uncertainty regarding Drake’s death and realizes that Logan had pure intentions all along. She then rushes out to stop him from leaving and they reconcile. Logan concludes that it is his destiny that kept him alive and brought him to Beth and Ben. He finally gains freedom from his guilt of survival and leads a happy life with them.