Who Found the Fenn Treasure? Where is Jack Stuef Now? 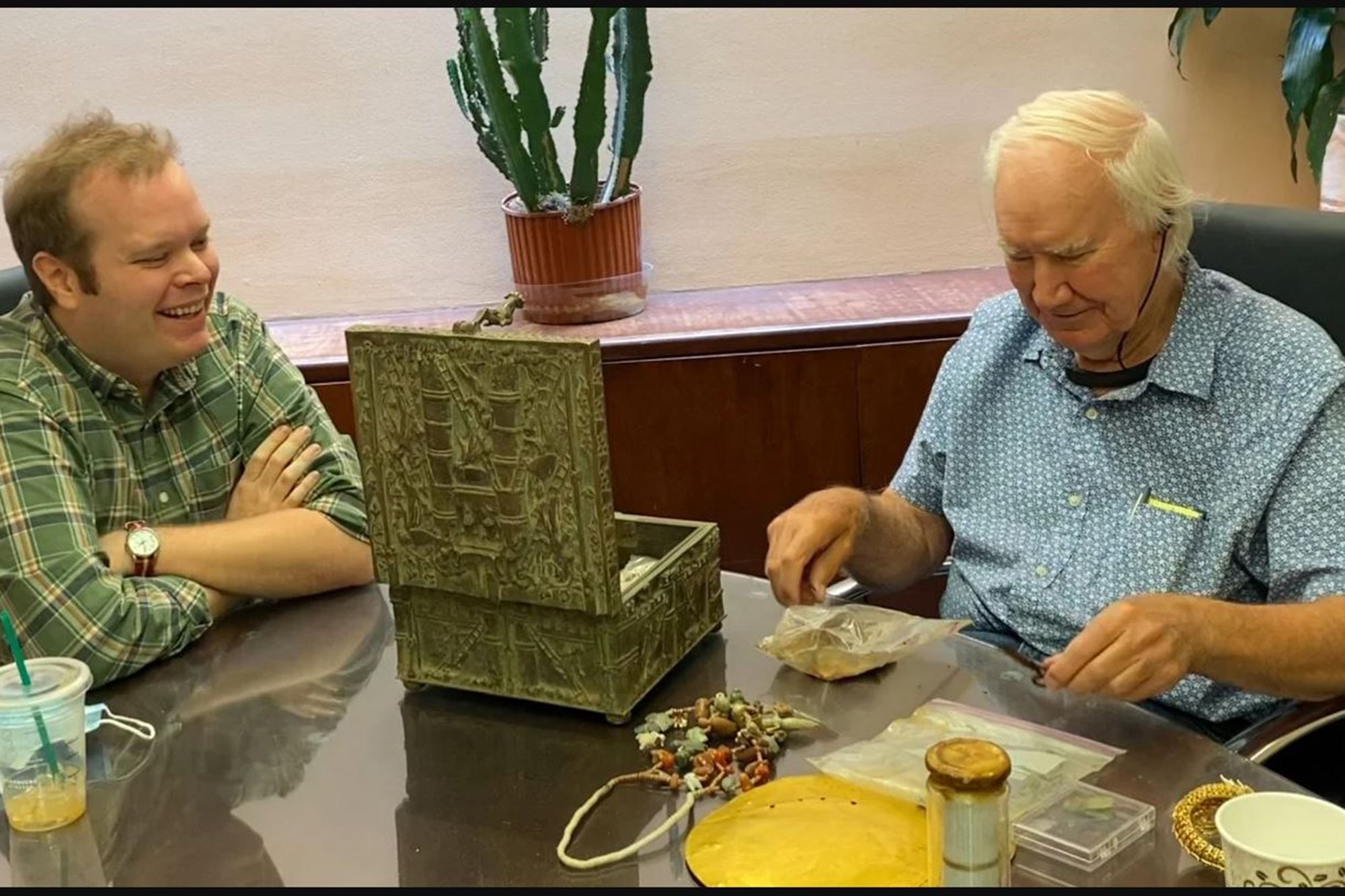 More than a decade ago, in 2010, an eccentric art dealer and author, Forrest Fenn, announced that he had hidden a treasure of gold and jewels in the Rocky Mountains of the United States by publishing a 24-line poem, or riddle, in his memoir ‘The Thrill of the Chase.’ So, of course, from here, began a journey of searches that resulted in everything from marriages to deaths. Profiling all this and much more, CBS’ ’48 Hours: The Fenn Treasure’ shows us precisely what went down with several of the individuals involved in the hunt, most notably, the one who found it, Jack Stuef.

Who Found the Fenn Treasure?

In June 2020, approximately three months before the death of Forrest Fenn, he revealed that the cache of valuables worth more than $1 million had been found. It took nearly a decade since he’d buried it in 2010 for someone to untangle all the clues he’d left on his website and in the poem, but a man from “back east,” Forrest stated, who wished to remain anonymous, had finally done it. The then-unnamed hunter had sent Forrest a photo to confirm his discovery. At present, Forrest Fenn’s site has a banner on the top that reads, “Forrest Fenn’s Treasure was found in Wyoming in 2020 – the chase is over.”

Six months later, around early December 2020, the seeker was identified as 32-year-old Michigan native Jack Stuef, a former journalist and medical student. Jack had remained anonymous, he said, not because he had anything to hide but because he feared the potential threats that came with his findings. Then with time, Jack started opening up about his entanglement in the quest. He admitted that he first heard about the treasure on Twitter in early 2018 and couldn’t believe that it had escaped his notice for so long.

After all, Jack had been obsessed with solving real-life mysteries that coupled monetary prizes since he was a kid. The 2002 show called ‘Push, Nevada’ and the book ‘Mysterious Stranger’ by magician David Blaine are just two examples of Jack’s attractions. As for his past, Jack graduated from Georgetown University with a degree in English in 2010 before starting his career as a writer. However, as he got into a few controversies within his first few years, he left the media industry to study medicine.

It was during Jack’s early years in the scientific medical program that he got into Forrest Fenn’s treasure chase and could not let go. So, he pushed himself until he zeroed in on the exact location of the riches, which Jack has since declined to reveal in an attempt to honor what he thinks would have been Forrest’s wish. After Forrest Fenn’s passing, though, Jack penned a piece on his blog, titled ‘A Remembrance of Forrest Fenn,’ calling the New Mexican his friend and detailing the unprecedented legacy he left behind.

Where is Jack Stuef Now?

Opening up about his entire treasure-hunting experience, Jack Stuef remarked, “The moment [I located the treasure] was not the triumphant Hollywood ending some surely envisioned,” “It just felt like I had just survived something and was fortunate to come out the other end…When I finally found it, the primary emotion was not joy but rather the most profound feeling of relief in my entire life.” In another blog post, Jack revealed that he has since secured the gold and jewels in a vault in New Mexico, where they will remain until he eventually sells them.

As for where he is now, it seems like Jack is continuing with his studies as a Michigan resident, where he prefers to stay detached from the spotlight. According to a report, though, it seems like he dislikes almost everything about the medical field apart from treating patients. The managerial and administrative aspects, along with the study hours actually required to be successful in the course, are what we think it refers to.

Moreover, Jack does not want his family to be subjected to the stalkers, death threats, home invasions, frivolous lawsuits, and potential kidnappings that Forrest Fenn and his family had to face between 2010 and 2020. Therefore, he has removed all possible personal information from public platforms. Thus, the only way to reach him is via his e-mail, which he answers either privately or on his blog as Jack Gets Mail.