Who is Accomplice X in The Masked Scammer?

While there’s no denying Gilbert Chikli earned his moniker of “The King of Scams,” he didn’t hoax out €100 million (close to $114 million) from French natives between 2005 and 2017 all on his own. In fact, as carefully explored in Netflix’s documentary ‘The Masked Scammer,’ he had several accomplices along the way to help him acquire more money no matter what the fraud or scheme may be. So now, if you wish to learn more about them as well as uncover who exactly Accomplice X — the alias given to the abettor featured in the production — is, we’ve got the details for you.

What is Accomplice X’s Identity?

Although Accomplice X did not reveal personal information regarding himself at any given point throughout the original docu-film, it is incidentally made clear that he and Gilbert were quite close. It has actually been implied the duo were ultimately arrested together in Ukraine in 2017 and shared the same cell, which could mean he is fellow French-Israel convicted felon Anthony Lasarevitsch. After all, the then 32-year-old was identified as the master conman’s partner of sorts at the time of their capture, leading to both their detention as well as non-negotiable extradition to France. 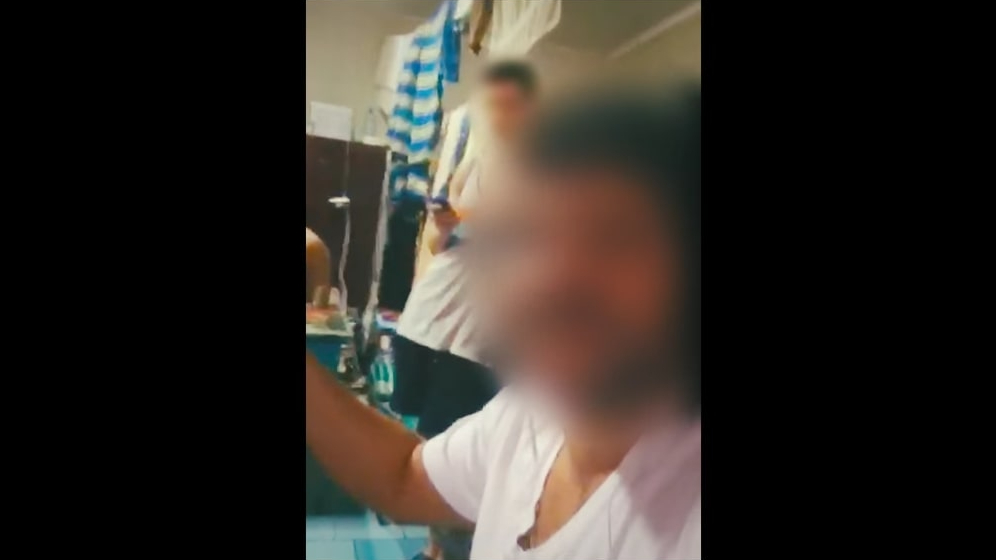 The fact Anthony is believed to have had a role in both the CEO scam and the elite con involving the impersonation of the then National Defense Minister also plays a part in this guess of ours. Moreover, apart from a silicon mask of Jean-Yves Le Drian linking him to the latter, like with Gilbert, his phone yielded evidence suggesting a hoax involving the identity of Prince Albert II of Monaco was in the works.

Accomplice X said in the production, “When Gilbert came to see us [likely in the mid-2000s], we couldn’t understand at first because he wanted us to believe that by pretending to be a CEO, we could extort huge amounts of money. It was going everywhere, and everyone got in. It was the new El Dardao. Gilbert was a leader. He was simply the genius of this story.” The accomplice then added the conman also had a few individuals working on other aspects of the job, whether blackmail or cash distribution. “It was intense,” he conceded. “We played the game without thinking about the risks. For some, it became a routine. ”

We should mention that a total of six individuals, including Gilbert and Anthony, were charged over both the Jean-Yves con and the suspected plot to target Prince Albert. While four of them were ultimately sentenced to four years behind bars, along with an order to pay a €50,000 (around $526,160) fine, Gilbert was handed down 11 years behind bars and a €2 million ($2.28 million) fine. Amongst the former were cash distributer David Attiach as well as manipulator Israël Eligoola. On the other hand, Anthony received seven years in prison; plus a €1 million ($1.05 million) fine.

It’s imperative to note that, considering his jail term, it’s unclear whether Anthony is still in custody or not, so Accomplice X could very well also be either Israël Eligoola or David Attiach.