Who is in Ariana Grande’s Family? 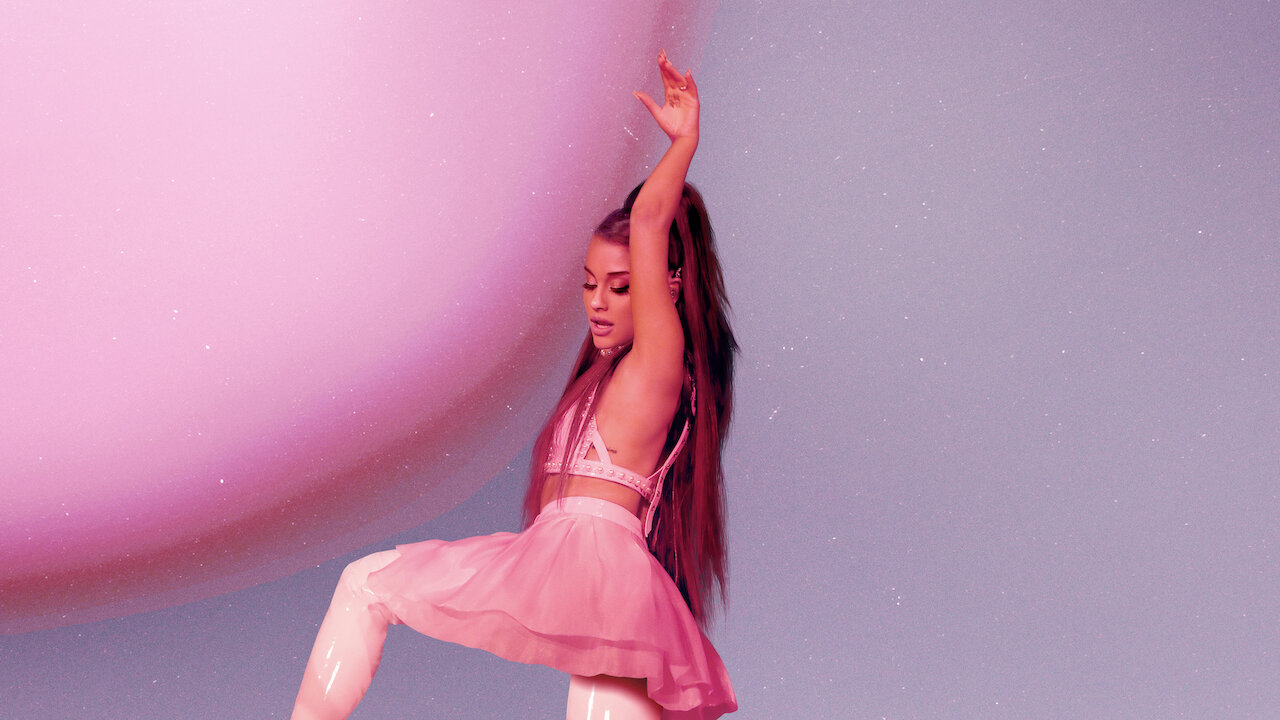 Ariana Grande is a world-renowned singer and actress who became a household name after featuring on Nickelodeon’s 2010 sitcom ‘Victorious’ and 2013 teen sitcom ‘Sam & Cat.’ Profoundly inspired by mega-hit singers Mariah Carey and Whitney Houston, she passionately decided to pursue a career in the music industry when she was just a teenager. The pop and R&B star has garnered immense popularity and success from all five of her full-length music albums, which have been certified platinum by the RIAA.

Universally acclaimed for her wide vocal range and whistle register, Grande has won several accolades throughout her career, including a Grammy Award, a Brit Award, two Billboard Music Awards, and nine MTV VMAs. An eight-time Guinness World Records holder, she is one of the highest-paid celebrities according to the 2020 Forbes list. Her fans, who proudly call themselves Arianators, adored her concert film for her Sweetener World Tour, released under the title ‘Ariana Grande: excuse me, i love you’ on December 21, 2020, on Netflix. Here is everything you need to know about her!

Ariana Grande-Butera was born on June 26, 1993, to her mother, Joan Grande, and father, Edward Butera. She proudly tweeted that she is “Italian American” and of half Sicilian and half Abruzzese descent. Joan is the CEO of Hose-McCann Communications, which manufactures communications equipment for the Marines and the Navy. As stated by her daughter during a candid conversation with Complex, she has never been a homemaker and is “the most badass, independent woman you’ll ever meet.”

Happy Birthday to my darling Ariana!! 26 years ago today you came into our lives … what a lucky family! I love you soooo much. #HappyBirthdayAriana pic.twitter.com/k6AOqgfYx6

Edward is a Florida-based graphic designer, photographer, artist, and the founder of IBI Designs, Inc. in Boca Raton. Grande’s parents had an unhappy marriage and parted ways before she even turned 10. The 27-year-old often expresses her love and gratitude to her mother for carrying out the responsibilities of her father as well. While the award-winning singer still loves her father, Grande admitted to having had a major feud with him during 2013.

In 2014, she confessed to Seventeen, “Falling out of touch with my dad [was the toughest thing I’ve ever dealt with]. It’s private, but it happened last year. It took me so long to be okay with it.” Over time, the “Thank U, Next” singer has learned forgiveness and moved on from the past drama.

Ariana Grande shares an extremely tight bond with her grandparents, Marjorie M. Grande and Frank Grande. The “Positions” singer has been showered with the purest form of love from her grandmom, whom she lovingly calls her “Nonna.” The 95-year-old has been a huge influence on the ultra-famous singer’s life as she encouraged her pre-teen granddaughter to audition for the musical ‘Annie’ in Boca Raton, which made her a local star. 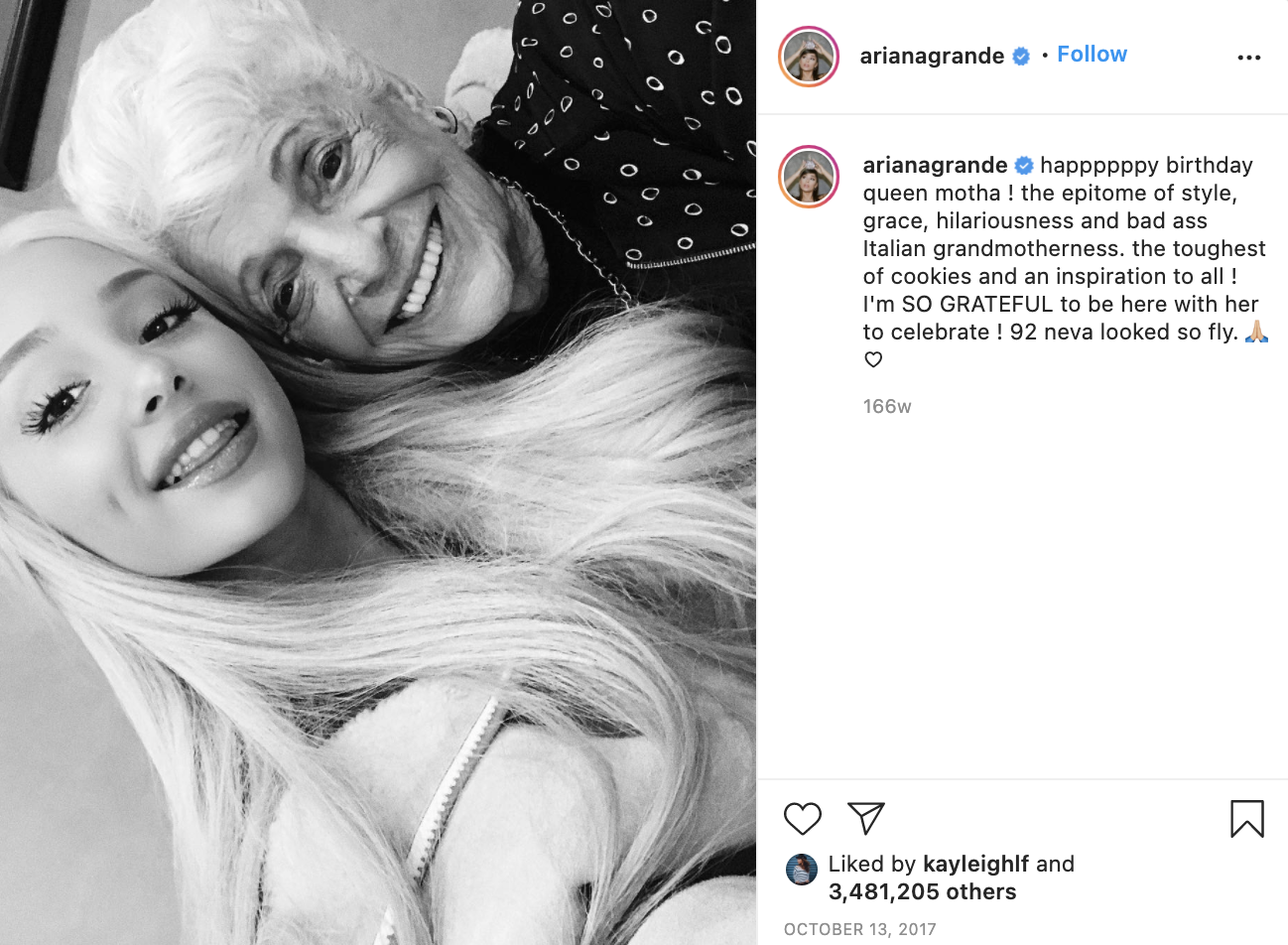 In addition to frequently communicating her affection for her Grandma, Grande’s insane amount of devotion for her grandfather, famous as Grandpa Grande, is no secret. Grande underwent a severe loss after her Grandpa lost his lengthy battle with cancer and passed away in July 2014. The following month, she performed at the charitable Stand Up to Cancer TV program and sang the song “My Everything” in his loving memory.

As pointed out by an Arianator, her announcement of her recent engagement to Dalton Gomez, a real estate agent, consisted of a picture of the big rock he had proposed her with. The gorgeous ring also flexed an elegant pearl that seems to have come from Grande’s granddad’s tie pin gifted by her Nonna. Such is the adoration the “7 rings” singer receives every day of her life!

Ariana Grande’s half-brother, Frank James Michael Grande Marchione, more famous as Frankie Grande, is a dancer, actor, singer, theatre producer, and TV host. After working in collaboration with his middle school friend, Philip Morgaman, he produced a commercially hit enactment of ‘Hamlet’ in 2009. Frankie furthered his acting career by turning into a YouTuber in 2012 after unsuccessful second and third theatre production.

dinner with my sister. best night ever. i’m the luckiest brother on earth. 🌈🖤 https://t.co/qq0d7yw0m4 pic.twitter.com/C7bEES1krk

Like the rest of her family, Grande shares an extremely close bond with her brother, and the two often showcase their concern for each other on their social media accounts, be it about a bit of relationship advice or supporting Frankie’s sobriety journey, Grande has always been there for her 10-years older brother. Self-admittedly sharing the bond of “yin and yang,” the ‘Big Brother’ alum has often shown his love and respect for his sister, and it is evident from his congratulatory post on Ariana’s engagement to her boyfriend, Dalton Gomez.

Read More: Who is Anitta Dating? Who is in Her Family?