Who is Chloe Veitch From The Circle? 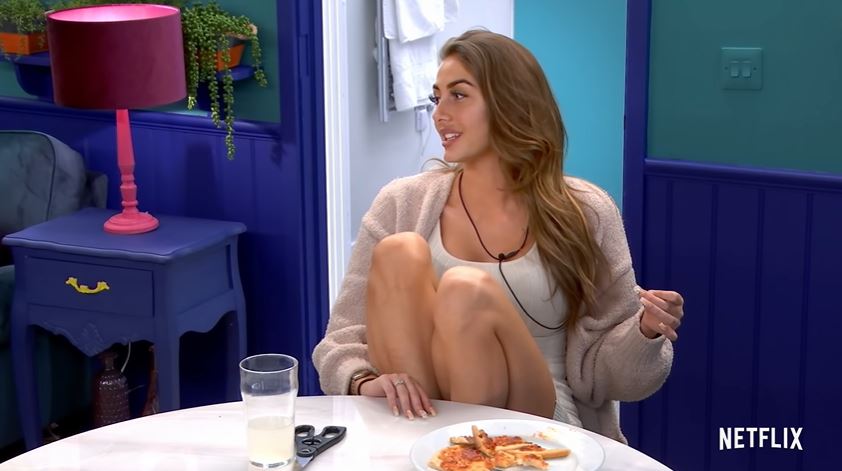 Hosted by comic Michelle Buteau, ‘The Circle’ is a Netflix original reality series that blends aspects from both ‘Catfish’ and ‘Big Brother’ to create the perfect drama-filled entertainment program. With $100,000 at stake, eight contestants live in different apartments in the same building and attempt to stay on top of the popularity curve. But the rule is that they can only interact with one another through the titular social media app. So, of course, what ensues is a myriad of misunderstandings and cattiness. And with Chloe Veitch as one of the constants on season 2, you can bet that there will be flirting too. Here’s all that we know about her.

Chloe Veitch was born on March 6, 1999, in Essex, England. Raised in Clacton-on-Sea, she did her schooling from Clacton Coastal Academy before moving to its Inner College to study English, Arts, and Music. But unfortunately, not everything has been sunshine and roses for the now-22-year-old. Not only did she have to help her father, Darren, through his alcohol and drug addiction after they lost her step-brother, David, to similar habits, but she was also bullied at school.

“She has been through so much and has had to grow up quicker than she needed to,” Chloe’s mother, Macheala, once said to Mirror. However, she continued to work hard to be where she is today. And as Chloe made clear in her Instagram post for her most recent birthday, she wouldn’t change any of her experiences for the world. Talking about COVID-19, she added, “I know lockdown has been a bummer, but it’s been one of the best years of my life, all of the opportunities I’ve been given, and lots more to come!”

What Does Chloe Veitch Do in Real Life?

Chloe Veitch is an entertainer/ influencer through and through. She started her career as a model and won the title of ‘Britain’s Next Top Model’ or ‘Top Model U.K.’ in 2018 before raising £1,000 (approximately $1,200) for the Children With Cancer charity. Then, once she represented her country in the Miss Supertalent competition in South Korea and got signed by an agency, there was nowhere for her to go but higher.

Eventually, as you may know, Chloe landed on Netflix’s radar and rose to international fame as a contestant on its wildly popular reality series ‘Too Hot to Handle.’ “I’m quite ditzy,” she said on the show. “So you’ve just got to be really patient with me, ’cause I’m not the brightest spark, um, in the book.” In saying that, though, Chloe has made some significant decisions for her career on her own — signing with MiLK Model Management and creating a safe space for herself on Instagram and YouTube.

Is Chloe Veitch Dating Anyone?

Chloe Veitch didn’t walk away from ‘Too Hot to Handle’ with a boyfriend, but she did break some rules and lost some money for kissing a couple of other contestants, making her flirty personality very prominent. However, no matter how unlucky in love she was, she did manage to find a lifelong friend in Nicole O’Brien, from Cork, Ireland, with whom she stayed on the show from start to finish. As for her dating anyone else, that doesn’t seem to be the case either.

Last year, Chloe revealed to Esquire that she’s “changed as a person in terms of dating, respecting myself. The challenges we were put through [on ‘Too Hot to Handle’] were so thought through, and I loved every minute of it. And now, if I get to know someone and I think we’re a match, I don’t see the harm in moving on with the physical side of things, as long as the emotional grounds and foundation is there.”

“I’ve had a couple of dates and I kind of tried to put some knowledge that I kind of got from ‘Too Hot to Handle’ into my new relationships,” Chloe explained to InTouch Weekly recently. “[It hasn’t] worked. To be honest, I’ve had enough of guys…It didn’t really work out well, so I’m really unlucky in love at the minute.” In short, Chloe Veitch seems to now be looking for a genuine love connection.

Read More: Is The Circle’s Savannah Palacio Dating Anyone?