Who is Savannah Palacio From The Circle? 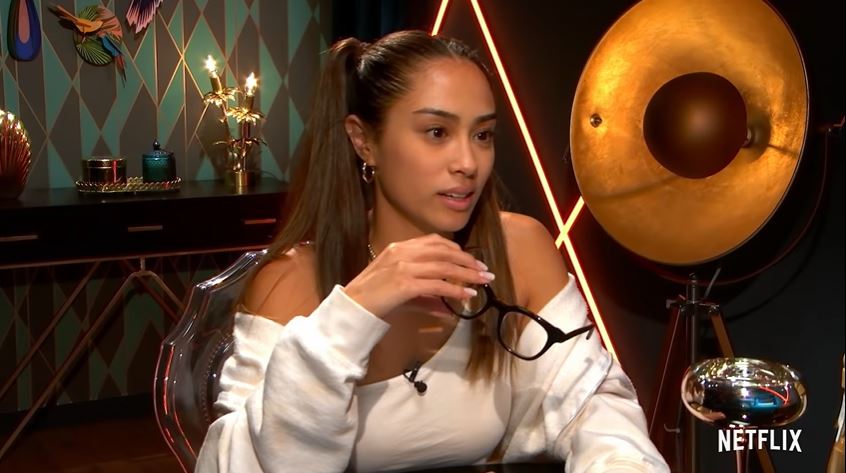 Netflix’s ‘The Circle’ is a series wherein contestants can be whoever they want to be. Unlike other reality shows, this program has its cast members move into different apartments in the same building. In fact, throughout the competition, the players never meet face-to-face, only interacting with each other via the profiles they’ve created on the titular social media app. This anonymity allows them to lead the influencer game however they please — as themselves or through catfishing. And in season 2 of this series, one contestant hoping to walk away with the $100,000 grand prize is Savannah Palacio.

Savannah Palacio was born on March 17, 1996. As a half-Mexican and half-Filipino California-born-and-raised individual, there have been quite a few struggles in Savannah’s life, but she’s faced them with determination and grace. Growing up with three siblings in a mostly single-parent household because of their father’s imprisonment, the lack of what most people consider normal must have taken a toll on the family. However, they stuck together to make it through.

Eventually, Savannah managed to find resolution by competing in beauty pageants and remembering the values her parents ingrained in her. The two main things she follows are her father’s mantra, “laziness creates more work,” and speaking out for what she believes in. These ethics, combined with her ambition, are the aspects that helped her earn a Bachelor’s degree in Journalism from CSU Northridge, all the while balancing her social media platform.

What Does Savannah Palacio do in Real Life?

Even though Savannah Palacio works as a Public Relations Intern at House Majority PAC, she attracted public attention as an Instagram influencer. She redesigned her profile in the final years of college to turn it into a simple outlet for her to post fashion, health, and beauty tips, but it transformed into a profession within months. In fact, thanks to her quality content and engagement with followers, Savannah’s social media brand led her to attain thousands of followers and company deals in just a year.

Savannah has since landed paid partnerships with organizations like Head & Shoulders, Dermologica, Elf Cosmetics, Too Faced, Ulta Beauty, ASOS, and many more. Adding to that, she was also hand-picked to be on the roster of Rihanna’s Fenty Beauty House, a collaborative space for creators to work with and promote each other with the help of the singer’s beauty products. Therefore, it is no surprise that Savannah currently boasts a following of 215k, which we assume will only go up as time passes by.

In an interview, Savannah shared that she will always be honest about who she is and what she believes in, as she understands that her actions can severely impact those who look up to her. “There are a lot of negative stigmas that come with [having a large following],” Savannah said. “But having that type of outreach trumps any type of negativity that anybody could ever say about [it]…I want to be a good example…because if you have this type of influence why would you choose to not use it for good?”

Is Savannah Palacio Dating Anyone?

As there seems to be no clue about a significant other on any of her social media posts, we think it’s safe to assume that Savannah is currently single. She did upload a cryptic picture of white roses with the caption “love is in the air” earlier this February, but she never elaborated on it by confirming that she has a partner. So, it’s a possibility that it was just for the aesthetics. After all, considering how public Savannah is with everything, if she was in a serious relationship, she probably would have introduced them to her followers.

Read More: Is The Circle’s Bryant Wood Dating Anyone?