Who Is Chozen Toguchi? Does He Return in Cobra Kai Season 4? 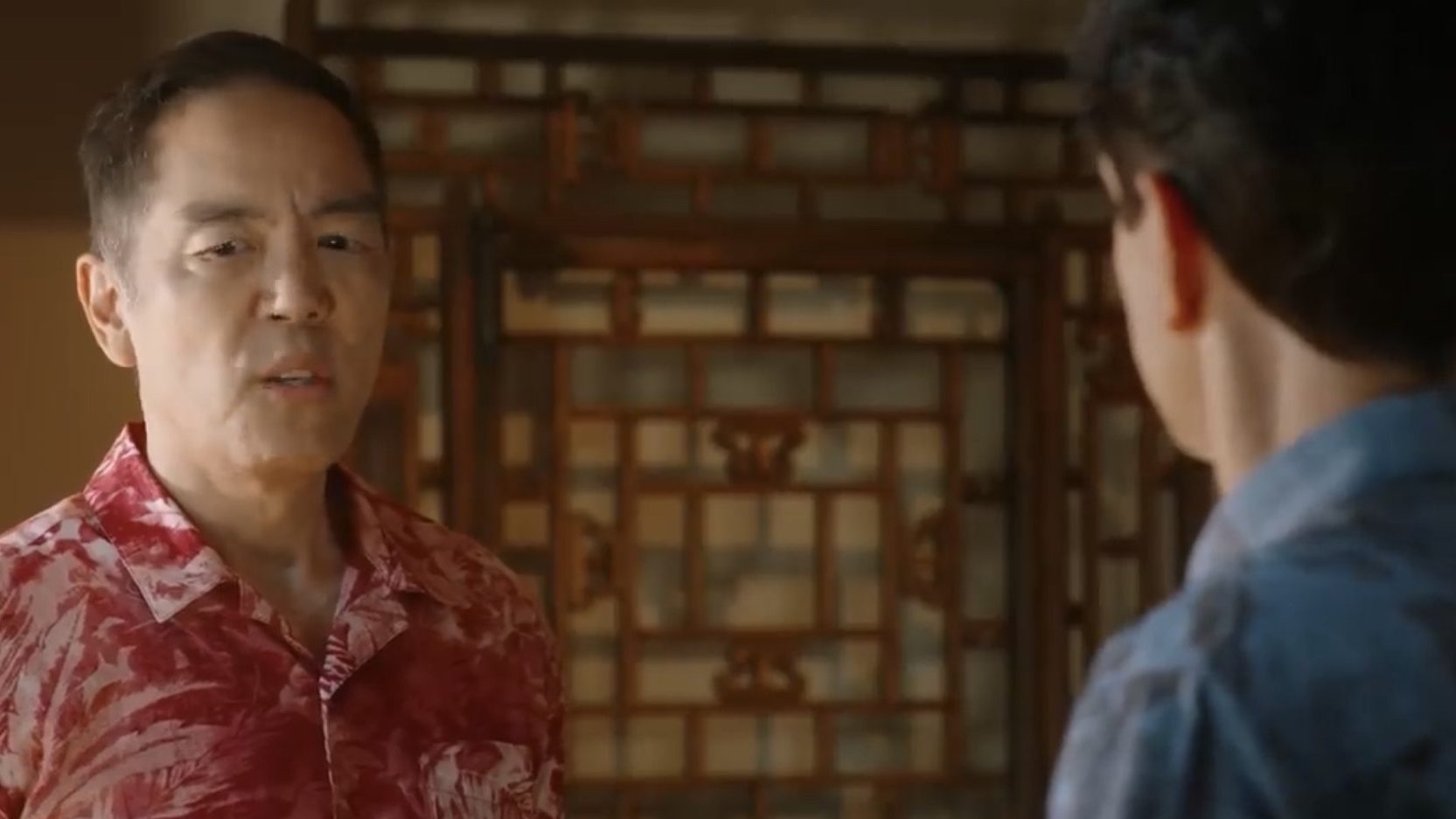 ‘Cobra Kai’ is one of the best examples of nostalgia done right. ‘The Karate Kid’ is a classic movie, which is simultaneously a quintessential 1980s’ film and timeless in its appeal. The creators of ‘Cobra Kai’ take all that, put them through prisms of subtle humor and modernity, and introduce them to a whole new generation of audience.

As iconic as the first film is, the next two entries in the franchise leave much to be desired. And yet, the fans have come to love them along with the characters that appear in them. Chozen Toguchi (Yuji Okumoto) is one of the antagonists of ‘The Karate Kid Part II.’ When he appears in season 3 and reconciles with Daniel, it’s a moment of pure fanservice. Here is what you need to know about him. SPOILERS AHEAD.

Who Is Chozen Toguchi?

Chozen first appears in ‘The Karate Kid Part II’ in the Okinawa airport scene. As Daniel (Ralph Macchio) and Mr. Miyagi (Pat Morita) arrive, Chozen is there to pick them up. But instead of driving them to Mr. Miyagi’s native village so that he can see his dying father, he takes them to his wealthy uncle Sato, who is an old and bitter enemy of Mr. Miyagi. Chozen is proven to be an incredibly gifted karate practitioner, but he lets his rage govern his actions, and that ultimately causes his downfall. In a fight to the death, Daniel defeats Chozen, but instead of dealing a killing blow, he remembers what Mr. Miyagi did to Kreese earlier in the film and honks his opponent’s nose.

In ‘Cobra Kai’ season 3 episode 4, titled ‘The Right Path,’ Daniel travels to Japan to deal with a problem related to his business. He is unsuccessful and later visits his late master’s native Tomi Village. Much to his surprise, he discovers that a bustling town with a large mall now stands where the village used to be. He runs into Kumiko, a girl he met during his previous visit. She reintroduces him to Chozen.

Initially, Daniel doesn’t know how to deal with the situation. It’s not like they parted on friendly terms. He and Chozen spar, and this time, the latter wins and ends the match the same way Daniel did all those years ago, by honking his opponent’s nose. And suddenly, Chozen drops all the pretense of being angry and apologizes to Daniel for his past behavior.

Mr. Miyagi’s father was Sato’s sensei, and Sato was Chozen’s. And now, Chozen is also a teacher. And that’s how a second branch of Miyagi-Do karate has continued to exist. Daniel learns that there is much about Miyagi-Do that he doesn’t know. Mr. Miyagi’s ancestors were warriors who fend off attacks from Japanese invaders. They developed techniques with the sole purpose of killing people. However, Mr. Miyagi never taught him these techniques. Chozen theorizes that this was because Daniel wasn’t prepared or capable of learning them. Before he returns to the US, Chozen gives Daniel an ancient Miyagi-Do scroll from the collection he inherited from Sato. In ‘December 19’ (season 3 episode 10), Daniel uses the same technique to subdue Kreese that Chozen used to defeat him.

Yes, Chozen Toguchi returns in ‘Cobra Kai’ season 4. After Cobra Kai wins the grand championship at the 51st All-Valley Karate Tournament, Daniel has to give up Miyagi-Do and step down as sensei per the bet he and Johnny made with Kreese. But in the season 4 finale, ‘The Rise,’ Daniel refuses to do this. 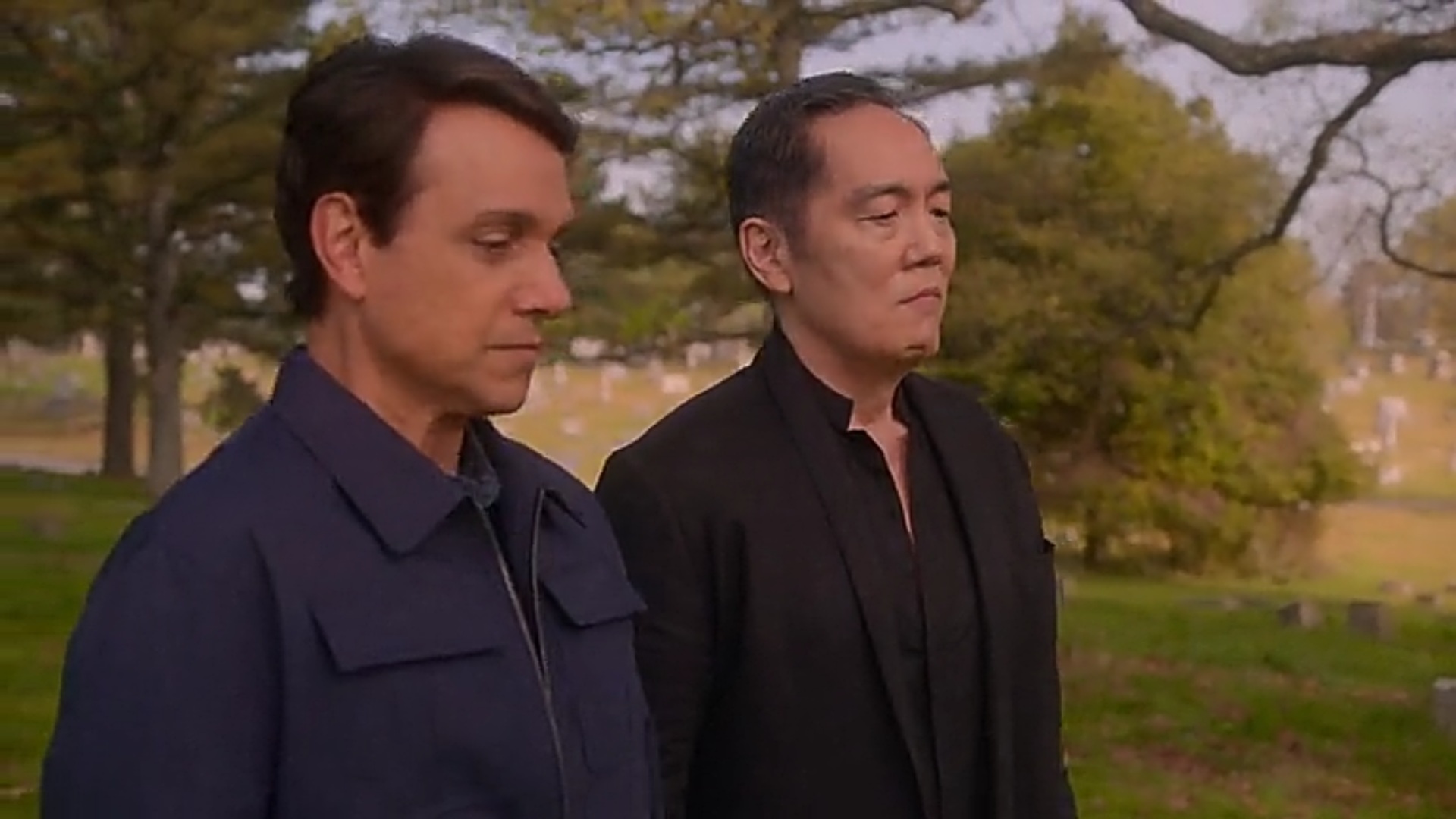 Kneeling in front of Mr. Miyagi’s gravestone, an emotional Daniel states that there is too much at stake to honor an agreement made with men who have none. If Cobra Kai keeps getting stronger, he has to do everything he can, including going on offense. He asks for help, and then the camera turns, revealing that Chozen is there. As the episode ends, the latter seems to agree to aid Daniel to finally put an end to Cobra Kai.

Read More: Who is Terry Silver? Who Plays Him in Cobra Kai Season 4?