Who Is Dr. Hanover in Ratched? 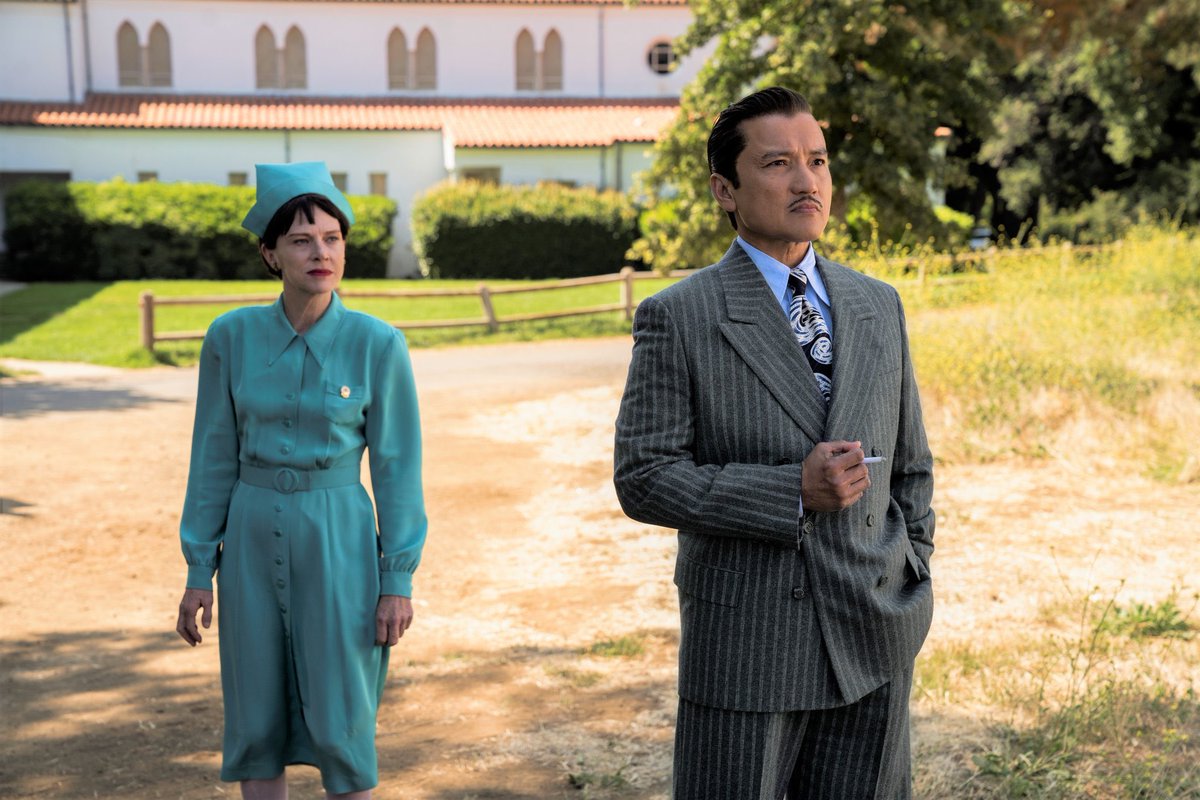 Netflix’s ‘Ratched’ offers us yet another gilded and fantastical world that Ryan Murphy is known for, inhabited by morally ambiguous and larger-than-life characters. Although the series devotes much of its focus on developing Mildred Ratched, its titular character, it doesn’t mean that the members of the supporting cast are any less complex or entertaining. Filipino actor Jon Jon Briones has previously worked with Murphy in the 2nd season of ‘American Crime Story’, titled ‘The Assassination of Gianni Versace: American Crime Story’, and the 8th season of ‘American Horror Story’, titled ‘American Horror Story: Apocalypse’. His outing as Dr. Richard Hanover in ‘Ratched’ is significant because this is the first Ryan Murphy show in which he is part of the main cast.

Who Is Dr. Hanover in Ratched?

We meet Hanover in the pilot episode itself, trying to convince Californian Governor George Wilburn (Vincent D’Onofrio) for more funding for the psychiatric facility he runs, Lucia State Hospital. Although he only receives derision and mockery in response, his passionate advocacy for psychiatry manages to pique the interest of the governor’s press secretary, Gwendolyn Briggs (Cynthia Nixon). She convinces Wilburn to base his entire re-election campaign on progressive views on mental health. To that end, Lucia receives generous governmental funding and media attention. While Hanover is happy with the former, the latter makes him paranoid.

It is revealed in later episodes that he is being hunted by the associates of the powerful and wealthy heiress, Lenore Osgood (Sharon Stone). The P.I. turned assassin Charles Wainwright (Corey Stoll) was one such associate and was hired by Osgood to kill Hanover and bring her his head before he is later killed by Hanover and Ratched (Sarah Paulson). A few years before the story begins, Hanover had gone to Osgood’s home to treat her deranged son, Henry (Brandon Flynn). When he tried to loosen up the boy’s mind with 20 mcg of lysergic acid, the boy poured the rest of the 4,000 mcg from the vial into Hanover’s drink when he wasn’t looking. During the resulting acid trip, Henry killed the family’s gardener and amputated his arms. He then amputated his own arms and demanded Hanover to sew the gardener’s arms in their places. Later, gangrene set in. The infection spread to his legs, and they had to be removed as well.

He has been running from Osgood and her associates since then. He has changed his name from Manuel Bañaga to Richard Hanover and falsified his documents with the American Hospital Association. He tries to make a life for himself as the director of Lucia but his past eventually finds him there as well. Above everything else, Hanover deeply cares about the well-being of his patients, perhaps even too much. In episode 7, we are shown that his marriage fell apart because he was too consumed with his work with the Japanese-American parents in the internment camps who have been separated from their children.

Despite all his brilliance, Hanover is trapped by the science and social understanding of his time. Most of the treatments he administers on his patients fail and can be construed as barbaric. This is why Charlotte’s case is so important to him. Charlotte comes to Lucia with dissociative identity disorder, and Hanover seems to have successfully treated her with hypnosis. Although she suffers a relapse following the gruesome events at the dance, Hanover still believes that he can fully cure her. He takes her with him when Bucket (Judy Davis) and Ratched removes him from his position. Ultimately, it is his paranoia, combined with his deep sympathy for his patients and obsession for success, that proves to be his undoing. He places Charlotte in a closet when someone knocks at their motel door, forgetting that her condition began due to being trapped in a closet for nine days. When the closet door opens, it isn’t Charlotte that emerges but Apollo the boxer, who kills Hanover.

Read More: Who Is Edmund to Nurse Ratched?