Who is Ginger Alden? Where is She Now? 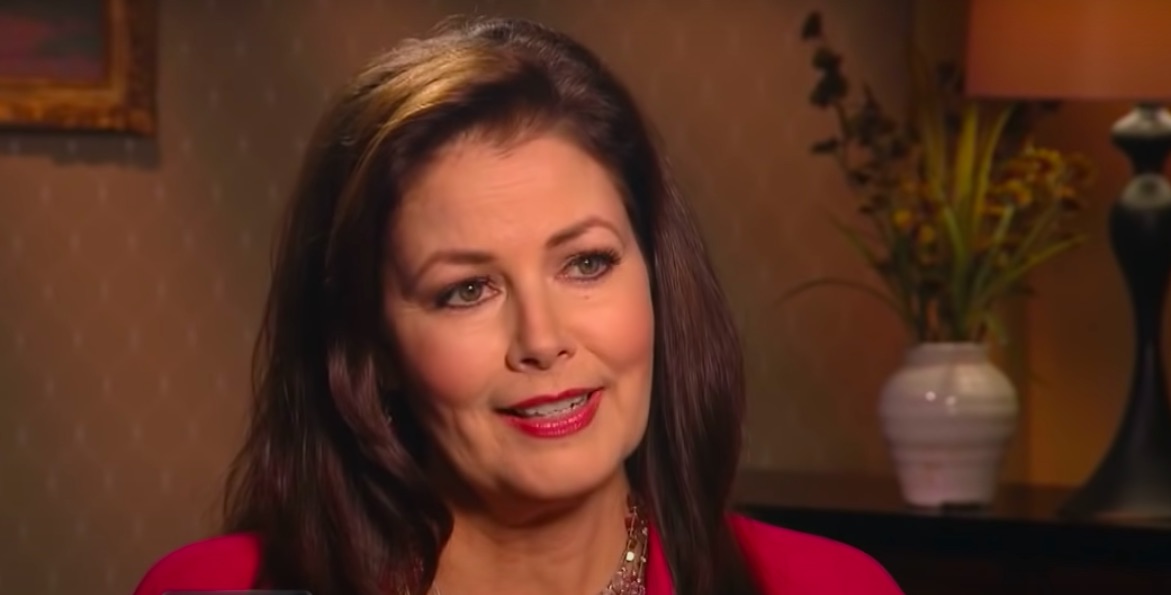 Baz Luhrmann’s ‘Elvis’ follows the rise and fall of one of the most celebrated singers in the world. It begins at a time when no one knew who Elvis Presley was, and ends with him becoming a world-renowned figure. The film centers on his personal life, exploring his love story and marriage with Priscilla. While the film has just one part of Presley’s love life at its focus, the superstar actually had quite a few flings down the line.

In his final months, however, he was in a serious relationship with a woman named Ginger Alden. The film doesn’t go into the details of this time, nor does it clearly show the events surrounding his death, because one couldn’t tell that story without Ginger in it. If you are wondering who she is, what role she played in Presley’s life, and where she is now, we have the answers for you.

Who is Ginger Alden?

Ginger Alden was barely out of her teens when she first met Elvis Presley. She had just turned twenty, while Elvis was twenty-one years her senior. She had been invited to Graceland, along with her sister, where she first caught the eye of The King of Rock and Roll. Soon, they were in a relationship, which continued till Presely’s death in 1977. They became the topic of conversation when Presley proposed to Alden, just a couple of months into their relationship, and gave her a diamond ring worth thousands of dollars.

It was also alleged that Alden wasn’t particularly liked by Presley’s inner circle and family, who claimed that the engagement wasn’t exactly real and that she was just another one in the long line of his temporary girlfriends. The narrative around them was twisted a lot to refute Alden’s claims of having had a happy time together. This conflicting nature of events from different perspectives became even more complicated after Presley’s death. It was Alden who discovered Presley unconscious and had him rushed to the hospital where he was declared dead after a few hours.

Where is Ginger Alden Today?

Following the death of Presley, Alden did little to come into the spotlight. She worked as a model and an actress, appearing in several movies and TV shows. In 1980, she also appeared in the film ‘Living Legend: The King of Rock and Roll’, which was inspired by the life of Elvis and it fed more fodder to the conflict between her and his family.

While her name continues to be associated with Presley’s life and death, she made a life for herself away from everybody’s prying eyes. She married Ronald Leyser in 1991 and has a son named Hunter. Her husband died in 2015, coincidentally on the same day as Elvis.

Despite her name being used as a negative element in the story of Elvis by his close friends and relatives, Alden didn’t speak out about her experience with The King for more than three decades. She auctioned off the engagement ring that Elvis gave her in 2009. She finally broke her silence in 2014, when her book ‘Elvis and Ginger’ was published, in which she revealed every little detail about their relationship, leading up to his death and the treatment she received from his family in the aftermath of his demise. She also appeared in several interviews around that time to tell the story from her perspective.

Since then, however, she has chosen to stay away from the public eye. Currently, she lives in her hometown of Memphis, Tennessee. In her late 60s, she is enjoying a quiet life. She is active on social media and often posts on Facebook about her experiences with Elvis, always remembering him fondly.

Read More: Is Elvis Based on a True Story?