Who is Judy’s Mom? Why Was She in Prison in Dead to Me? 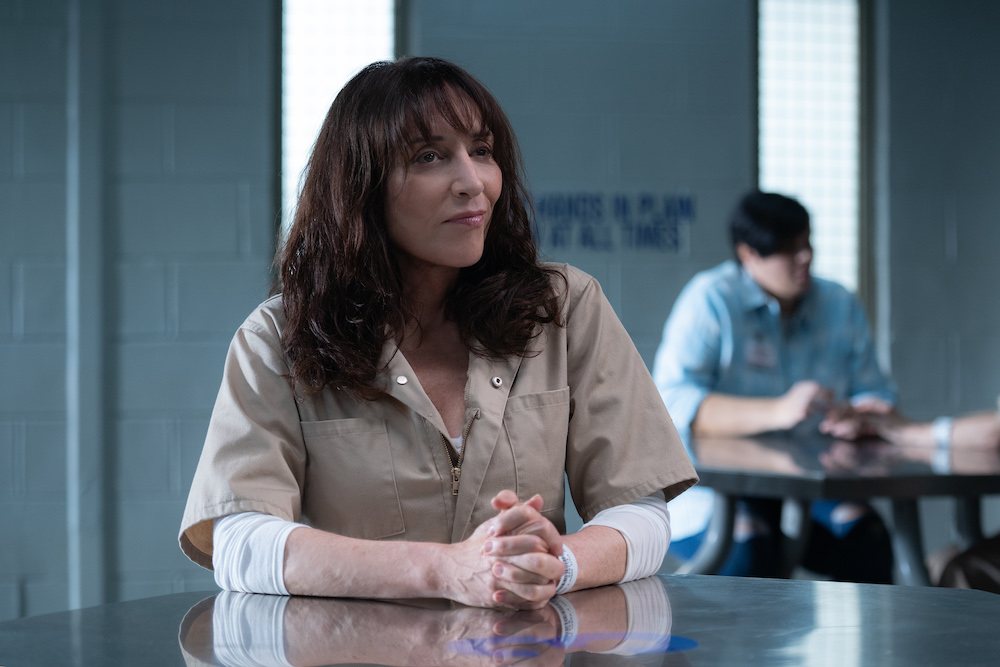 Netflix’s ‘Dead to Me’ follows the unlikely friendship of Jen and Judy, who become each other’s lifeline in the most difficult time of their lives. Their personalities are quite different from each other, but instead of creating a distance between them, their differences only bring them together. While Jen is a straightforward person who doesn’t bother with niceties, Jen is a warm and friendly person who will do anything for the people that she loves. She has been this way forever, and her mother, Eleanor, has a huge part to play in how Judy turned out to be. While Judy talks about her mom on occasion, we don’t see her until the end of Season 2, where it is revealed that Eleanor is serving time in jail. What did she do to land herself in prison? Let’s find out. SPOILERS AHEAD

Why was Judy’s Mom in Prison?

Judy never talks much about her mother, but in bits and pieces of conversations with different people, it looks like she had a pretty rough childhood. Eleanor was never a good mother to her. She was an addict who often used Judy to run gambits to get more money to indulge in her habits. As a child, Judy never knew what it meant to be taken care of. Instead, she was the one who took care of her mother. There were also times when her mother would abandon her for long periods of time and young Judy would have to fend for herself and accept love wherever she got it. This eventually plays into her future relationships and defines her arc on the show.

With time, Judy grows up, but her mother doesn’t. She remains the same distant person who cares about no one but herself, and Judy witnesses that when she visits Eleanor in prison. By this time, a lot has happened in Judy’s life and she has learned many lessons about people. Seeing her mother again makes her realize that Eleanor will never change. She will never be the mother that Judy wants her to be, especially considering that Eleanor blames her addiction on her daughter.

Though it is revealed that Eleanor might be stuck in prison for 5-10 years, the reason behind her imprisonment is not stated clearly. When Judy asks her what she did this time, her mother evades the question. Instead of accepting the consequences of her actions, she places the guilt on the system. Though, she confesses that being in prison has helped her too, as she has sobered up and is looking for a more constructive way of life. Hearing all this makes Judy feel good, but she soon realizes that Eleanor just said all that to please her so that she would help her with the parole hearing.

With all this in mind, Judy concurs that it doesn’t matter why her mother is in prison this time around. From the looks of it, Eleanor seems to have been in and out of prison her entire life. Because Judy has seen her do a lot of illegal things over the years, she knows that whatever Eleanor is in prison for this time will probably not be her last crime. The second she is free, she will set her mind to some other mischief and will most likely be caught, repeating the entire circle all over again.

Read More: Did Christina Applegate Gain Weight in Dead to Me?