Did Christina Applegate Gain Weight in Dead to Me? 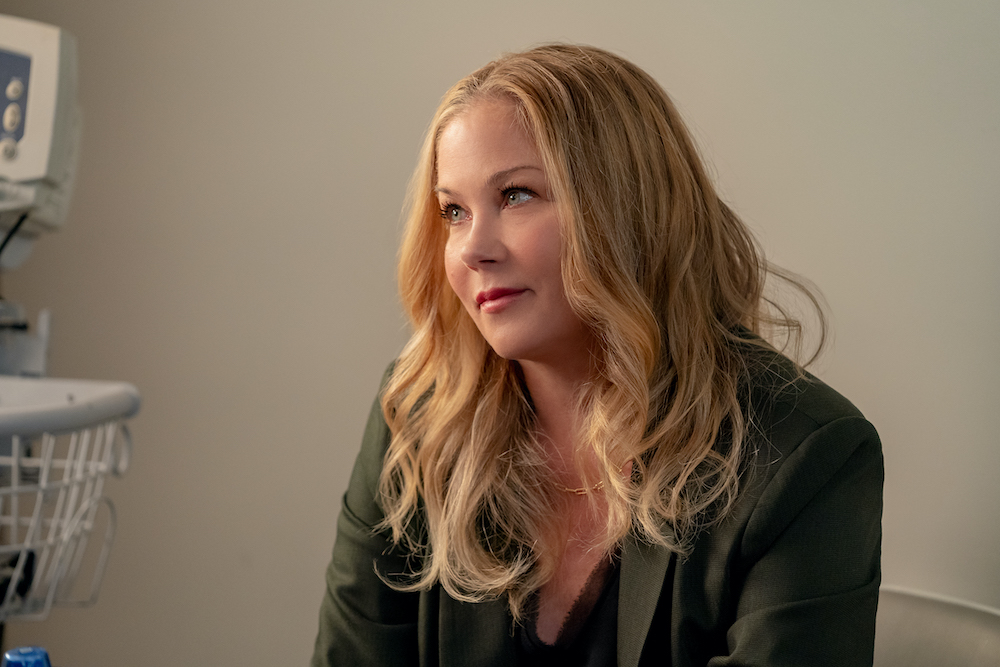 Created by Liz Feldman, Netflix’s ‘Dead to Me’ follows the story of two women who get entangled in a complicated web of secrets and murders. Over the course of three seasons, we watch Jen (Christina Applegate) and Judy (Linda Cardellini) struggle with personal demons while trying to keep their secrets from coming to light. In season 3, Applegate’s character, Jen, has a lot on her plate.

Jen is not only still grieving the loss of her husband but also coming to terms with the fact that she’s in love with a man whose twin brother she murdered in season 2. Things get more complicated in her and Ben’s relationship when Jen discovers she is pregnant. If you are wondering whether Applegate gained weight for the part, then here’s what you should know about it.

Christina Applegate’s weight gain in ‘Dead to Me’ season 3 is not related to her character’s arc but to her personal journey. In August 2021, the actress revealed that she has been diagnosed with Multiple Sclerosis. According to the National Multiple Sclerosis Society, MS is “a disease that impacts the brain, spinal cord and optic nerves, which make up the central nervous system and controls everything we do.” In an interview with The New York Times, Applegate opened up about the diagnosis. She said that there were signs that started to show up around the filming of the first season of her Netflix show.

Hi friends. A few months ago I was diagnosed with MS. It’s been a strange journey. But I have been so supported by people that I know who also have this condition. It’s been a tough road. But as we all know, the road keeps going. Unless some asshole blocks it.

Applegate revealed that, at times, she found herself off balance or faltering, and over the following years, she felt the tingling and numbness that seemed to grow worse. It was while filming the third and final season of ‘Dead to Me’ that she was diagnosed with MS. As she began her treatment, production on the show was shut down for a few months, but Applegate soon returned to give the story “the send-off it deserved.” Talking about it, she said, “I had an obligation to Liz and to Linda, to our story. The powers that be were like, ‘Let’s just stop. We don’t need to finish it. Let’s put a few episodes together.’”

Applegate added, “I said, ‘No. We’re going to do it, but we’re going to do it on my terms.’” With the love and support of the cast and crew, the actress finished the series, which she considers “the hardest thing she has ever done.” Since then, she has talked about her life with MS over Twitter, giving and receiving support from people like Selma Blair, who announced her MS diagnosis in 2018. Applegate put on 40 pounds and uses walking sticks, which she stated are now a part of her new normal.

I have a very important ceremony coming up. This will be my first time out since diagnosed with MS. Walking sticks are now part of my new normal. Thank you @neowalksticks for these beauties. Stay tuned to see which ones make the cut for a week of stuff. pic.twitter.com/O543p1G4vS

The Emmy-winning actress has also been quite open about her previous health struggles. In 2008, she talked about her breast cancer diagnosis, following which she had a double mastectomy. In 2017, she had her ovaries and fallopian tubes removed, and the following year, she went through surgery to induce menopause. The ‘Dead to Me’ star believes that as an actress, she has a platform to talk about the problems that many people experience.

Yup. I turned 50 today. And I have MS. It’s been a hard one. Sending so much love to all of you this day. Many are hurting today, and I am thinking of you. May we find that strength to lift our heads up. Mine currently is on my pillow. But I try

While speaking with People about her battle with cancer, she said she wants to encourage people by sharing her story. “I am just like you, I can’t sleep, I feel like crap a lot of the time because of this, but I want you to feel okay with it and not feel shame about it and get information about it so that you can have a better quality of life,” she said. Applegate continues to use her voice to spread awareness and send out strength to people.

Read More: Is Christina Applegate Married? Does She Have Kids?