Amazon Prime’s high fantasy series ‘The Wheel of Time’ opens with the impending arrival of the Dragon Reborn — the reincarnation of the legendary Dragon who battles the Dark One and decides the fate of the world. As Moiraine of the Aes Sedai sets off on a journey to find the Dragon Reborn, she comes across five youths, one of whom is meant to be the prophesied warrior.

Rand al’Thor is one such youth and is a relatively simple young man living in the village of Two Rivers when he is suddenly thrown into the midst of the epic, millennia-long struggle between the powers of the Light and the Dark One. So how much do we know about Rand al’Thor? And could he be the Dragon Reborn? Let’s find out. SPOILERS AHEAD.

Who is Rand al’Thor in The Wheel of Time?

The show tells us that Rand is a resident of Two Rivers, where he lives with his father, Tam al’Thor. His mother passed away when he was a child, and from his brief descriptions of childhood, we learn that Rand has long had a soft corner for Egwene. Lastly, he is 20 years old, the same age as his friends Mat and Perrin, and more importantly, the exact age that the Dragon Reborn is prophesied to be when Moiraine embarks on her quest. 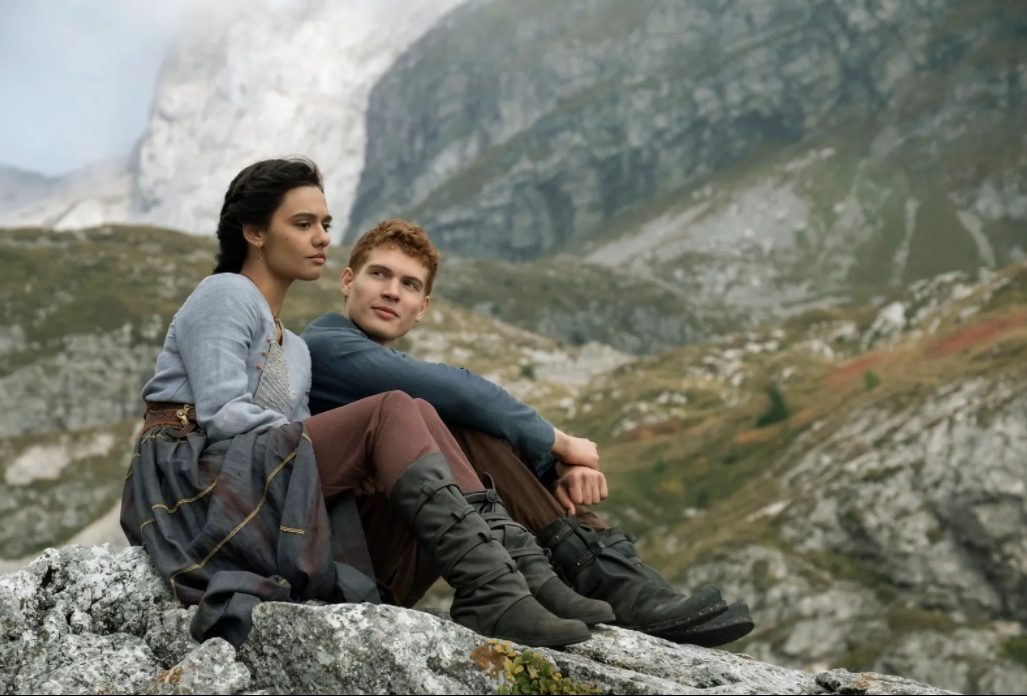 Robert Jordan’s book series of the same name on which the show is based tells us a lot more about Rand, including his year of birth on the vast timeline of ‘The Wheel of Time.’ Rand eventually learns that Tam and his late wife Kari are not his true parents and that his birth-mother, Shaiel, died at childbirth. Rescued by Tam, Rand was brought to Two Rivers, and Keri subsequently died when the young boy was merely five.

At the start of his journey, when his village is attacked by Trollocs, Rand is a capable but relatively ordinary fighter. In fact, he is quite skeptical of ever being in the realm of higher powers and tries to dissuade Egwene when she expresses a desire to leave the village and hone the magical skills she suspects she has. It is not until episode 3, when a disguised Darkfriend traps him, that we see the first hints of Rand’s extraordinary strength.

The tavern worker who tries to lock the young man inside a room with a reinforced iron door scoffs when he tries to force it open, saying it’ll take the strength of many men to break the door. The next moment, Rand rams his shoulder through the door, breaking it open and leaving his would-be captor aghast. So it looks like Rand is special. But is he the Dragon Reborn?

Is Rand al’Thor the Dragon Reborn?

Yes! Rand is the reincarnation of Lews Therin, the original Dragon, and is hence the Dragon Reborn. He fits the criteria since he is 20 years old and also proves Moiraine’s intuition right. Though his journey to becoming the all-powerful Dragon has just begun, there are some incredible feats that we can expect from Rand in the future.

Author Robert Jordan created a “strength scale” to keep track of the relative strengths of the multitude of characters in the world of ‘The Wheel of Time.’ On this scale, which contains over 60 levels and was expanded multiple times to include more characters, Rand’s eventual strength is at the highest tier possible, comparable only to two other characters in the entire saga. Hence, there is no more powerful wielder of the One Power, though it is hinted that the most powerful male Aes Sedai of the Age of Legends (thousands of years ago) were slightly more adept at magic.

If the show remains relatively faithful to the books, we can expect Rand to be able to force his dreams on others and create portals that allow him to travel vast distances. This, of course, is in addition to all the other intricate magic that we see the Aes Sedai members wield, which Rand will doubtless master relatively easily. An Aes Sedai’s powers are often measured by the number of threads of various elements (Fire, Earth, Air, Water, and Spirit) that they can “weave” together, with the weakest ones struggling to create single or dual threads.

In contrast, as the Dragon Reborn, Rand can weave together dozens of threads, and there are instances where he does this while simultaneously directing his magic at multiple targets. Interestingly, he also begins to channel the memories and habits of the original Dragon, Lews Therin, making his character all the more intriguing. Thus, there is an incredibly exciting journey for us to look forward to, as we see Rand go from a relatively simple young man to becoming one of the most powerful beings in the world of ‘The Wheel of Time.’