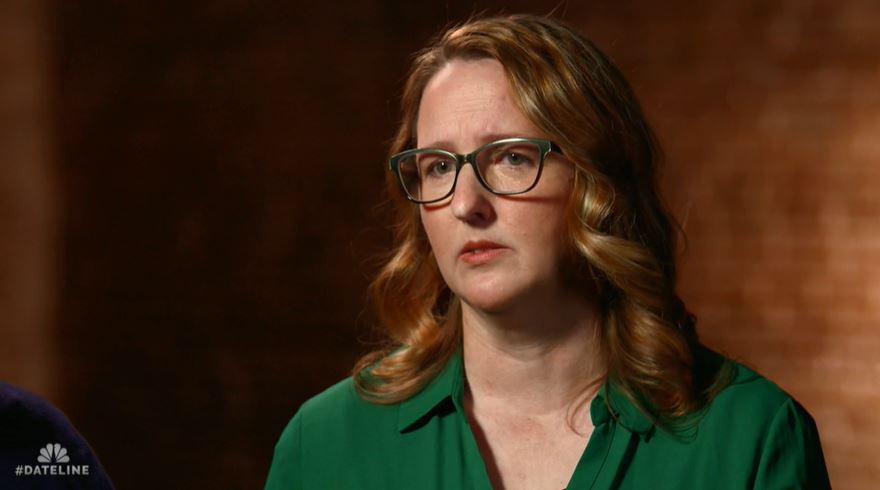 NBC’s ‘Dateline: Mommy Doomsday’ profiles the disturbing tale of Lori Vallow and Chad Daybell, who are currently facing multiple charges for the deaths of Lori’s children, JJ and Tylee. After all, their remains were found buried in Chad’s backyard months after they were last seen alive. In this two-hour special, those who were once close to the couple speak out for the first time, revealing details on not only this matter but also on the mysterious passings of Chad’s first wife, Tammy, and Lori’s third husband, Joseph Ryan. Among them is Samantha Gwilliam, Chad’s former sister-in-law.

Who is Samantha Gwilliam?

Samantha Gwilliam is the sister of Tammy Daybell, Chad’s wife of almost three decades, who reportedly died in her sleep on October 19, 2019. But we’ll be honest, we previously knew of her only because of the pivotal role she played in helping investigators recover JJ and Tylee’s remains. In the summer of 2020, when officers learned about the fire pit in Chad’s backyard, they contacted Samantha to ask about it. She honestly told them that it was part of a pet cemetery, which she knew about as both she and Tammy were pet lovers and had such graveyards.

What Does Samantha Gwilliam Reveal on Dateline?

Talking to Keith Morrison, Samantha Gwilliam opened up about the entire experience of losing her sister and its subsequent chaos for the first time. Chad had called, she said, to give her the unbearable news, proclaiming that Tammy was “sick and had a coughing fit” the night before, and he’d woken up later to find her dead. “I mean, like, there’s just so many thoughts running through your head. And a lot of it was, like, ‘No. That didn’t happen,'” Samantha said, referring to the fact that Tammy’s death was so sudden that she couldn’t believe it.

Samantha didn’t speculate any wrongdoing from her brother-in-law at first because “he sounded upset and devastated. I mean, I was crying, and he was crying. It was a really hard moment.” However, her views changed once Chad moved on to marry Lori Vallow just two weeks later. “I was shocked…and I just thought, ‘Is the grief clouding his judgment?’ I mean, who goes and does that? It didn’t make sense to me,” Samantha revealed. “And obviously, I was really upset.” She even added that she felt it was “too soon for anybody to get over my sister.”

Therefore, with no post-mortem performed at the time of Tammy Daybell’s passing, in December 2019, her body was exhumed for an autopsy. Even though law enforcement officials have since ruled her death as suspicious, her posthumous examination report, completed in February 2021, has not been made available to the public. Samantha’s suspicions of Chad’s possible involvement in Tammy’s death only increased on June 9, 2020, when the police found 7-year-old JJ and 16-year-old Tylee buried in his backyard in Salem, Madison County.

Read More: Where Are Lori Vallow and Chad Daybell Now?