Who is The Circle’s Ruksana Carroll? Who is Her Husband? What’s Her Profession? 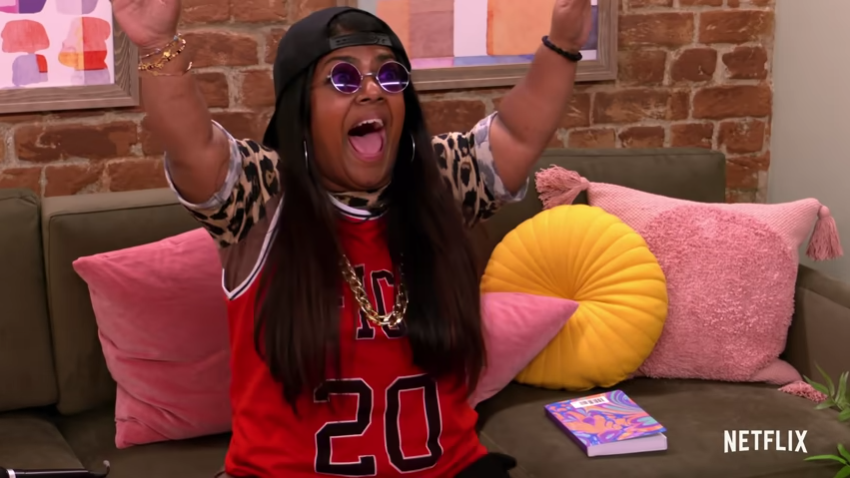 Netflix’s ‘The Circle’ is a reality series wherein the rotating cast moves into the same building but different apartments to participate in a game like no other. With a $100,000 grand prize, the aim is to attain popularity amongst their peers with only their quips and personality to back them up. After all, they can only communicate and make impressions via the profiles they’ve created on a specially-designed social media service, which also offers complete anonymity. So, now that season 3 has premiered with a new set of players, let’s learn more about Ruksana Carroll, shall we?

More than 36 years ago, Ruksana Carroll was born to Abdulla and Rahuma Syed in Union, New Jersey, as their only child. While her father hasn’t ever been in the spotlight, we do know that both he and her mother hail from the Indian state of Kerala, making the family South Indian-American. In fact, Rahuma reportedly studied at the National Institute of Technology (NIT) Calicut in Kozhikode, Kerala, before they moved to the United States of America for a different life. The duo has always stood by their daughter and even helped her be confident in who she is, no matter the circumstances, surroundings, or ailments.

Ruksana lives with a form of short-limbed dwarfism called Achondroplasia. Yet, instead of letting the fact that she is a little person hold her back from having fun life experiences, she owns it because that’s how she has been raised. There’s nothing Ruksana can’t do or achieve, and she can prove it if she wants, owing to the simple reason that her parents constantly encouraged her to be independent and follow her dreams. It seems like Abdulla and Rahuma are now choosing to lead by example when it comes to chasing ambitions as the latter is a cook with a YouTube channel, ‘Beauty of Cooking.’

What Does Ruksana Carroll do in Real Life?

From what we can tell, Ruksana Carroll is an influencer who advocates for body positivity and awareness with everything she does. She has faced a bit of discrimination and bullying because of her stature, so she does not want anyone else to undergo that experience. Ruksana merely wants them to feel seen and heard, which is part of why she wishes to be a lead actress in a Bollywood movie, as acknowledged during her introduction on ‘The Circle.’ With this, we should also mention that she appeared on ‘The Newlywed Game’ back in 2012 and won an all-expenses-paid trip to a resort in St. Croix.

Furthermore, Ruksana also featured in a couple of episodes of ‘Family Feud’ with her husband and in-laws, but they weren’t as successful. All of them had showcased their sense of humor and light personalities at every step of the way, yet it just didn’t work out. It also appears as if Ruksana served as the co-host of a podcast titled ‘The Motherland’ with her friend Talya D for a brief while and she now serves as a Senior Payroll Administrator in New Jersey. Her ideal job continues to be that of an influencer, though, which Ruksana probably wishes to expand with her YouTube channel.

Ruksana Carroll is blissfully married to Wayne Carroll, whom she reportedly met for the first time when she was 15 and in high school. They did not get off to a great start, but their friendship and eventual romance blossomed once they got to know one another in a class they shared. Fast forward a few years, and Ruksana’s college graduation turned into their engagement party in 2010. This loving couple tied the knot in 2012 and welcomed their only child, a beautiful daughter named Yaara, in June 2015.

“Happy Anniversary to my other half! ( #IYKYK ),” Wayne wrote for Ruksana this past July. “Babe… we’ve been through the best and worst of times. You name it, we’ve did it! I really couldn’t imagine going through life without you and our beautiful, smart, and talented daughter. For her, your love, your affection, our family, and our life, I thank you for! You have always held me down when I really thought all was lost. But also, you kicked me in the ass and NEVER let me give up…You are my strength when weak. My rock. My solace. My everything!” It’s evident from his social media accounts that Wayne loves and supports his wife just as much as she does him.

Read More: Who is Calvin From The Circle?