Who is The Circle’s Calvin Kiing? Who is He Dating? What’s His Profession? 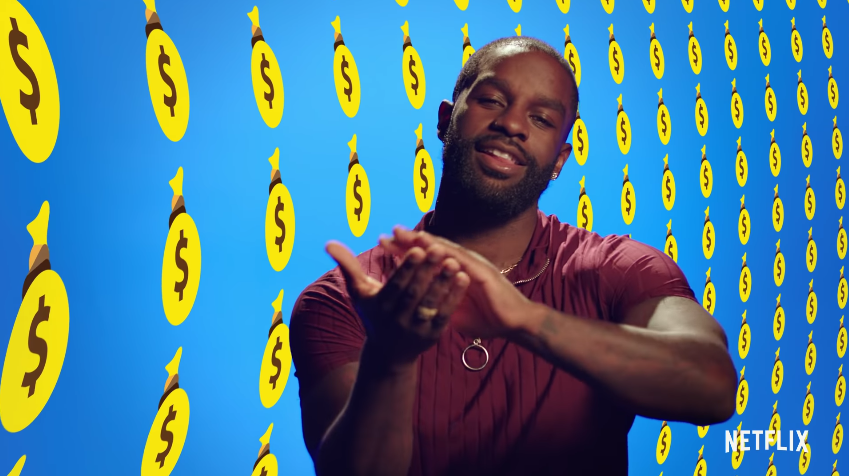 Netflix’s ‘The Circle‘ is a social experiment and competition series wherein the contestants try using their personalities to flirt and befriend their way towards popularity and thus the $100,000 grand prize. The catch, though, is that their sole means of communication is messages through the profiles they’ve created on the specially-built titular app, which enables catfishes as well as miscommunication. Nevertheless, as made apparent by season 3’s Calvin Crooks, it’s possible to flirt up a storm without coming across as a mere player. So now, let’s find out more about him, shall we?

Even though Calvin Kiing Crooks was born on April 17, 1990, in a Cuban and Jamaican mixed family, he primarily grew up in Miami, Florida, surrounded by his immediate kins and cousins. He actually tends to keep his private life away from the spotlight, yet, just as he implied on ‘The Circle,’ he has women in his life whom he seems pretty close to.

Unfortunately, we don’t know much about his father or possible brothers, but we know that his mother’s name is Sheila Crooks, and he has a lovely sister named Sorelle Crooks-Stueber. As a Syracuse University alumna, Sorelle married in 2018 and is now a proud mother to a toddler.

What Does Calvin Kiing Crooks do in Real Life?

Having always been agile and athletic, Calvin Kiing Crooks became a professional football player and had a stand-out career in Iceland. There, he even performed for the BI/Bolungarvik Football Club before eventually returning to the United States of America and sifting through a few trades to find himself. The suave, charming, and self-assured male became a personal trainer and nutritionist, and later, he started working as a trainee firefighter and private chef. Side note, Calvin is a vegetarian himself.

Today, however, the Seton Hall University graduate resides in Manchester, England. He primarily serves as a freelance Junior Software Engineer and Fitness Manager at a country club and spa, meaning that he is utilizing his Sports and Fitness Administration qualification to the fullest. It appears that Calvin even offers online personal training and boxing sessions and continues to work as a private chef. Therefore, all you have to do is place an inquiry and communicate with him to book him if you want.

Is Calvin Kiing Crooks Dating Anyone?

From what we can tell, Calvin Kiing Crooks is single. As mentioned above, he doesn’t share much about his private life, so we can’t be too sure about his romantic involvements (or the lack thereof) at the moment. But with that said, whatever the case may be, the reality television personality does seem content. Calvin and Kai Ghost flirted a lot on ‘The Circle,’ forging an incredible bond that appeared to have the foundation for going further.

However, as of writing, apart from following one another on their respective social media accounts and looking friendly, there is no other indication of a possible relationship between them. After all, while he’s in England, she’s in Los Angeles, California. Seeing how Calvin doesn’t have an active online footprint, it’s also probable that he simply doesn’t want to share all aspects of his personal life with the world.

Read More: Who is Kai Ghost From The Circle?