Who is the Richest Floribama Shore Cast Member? 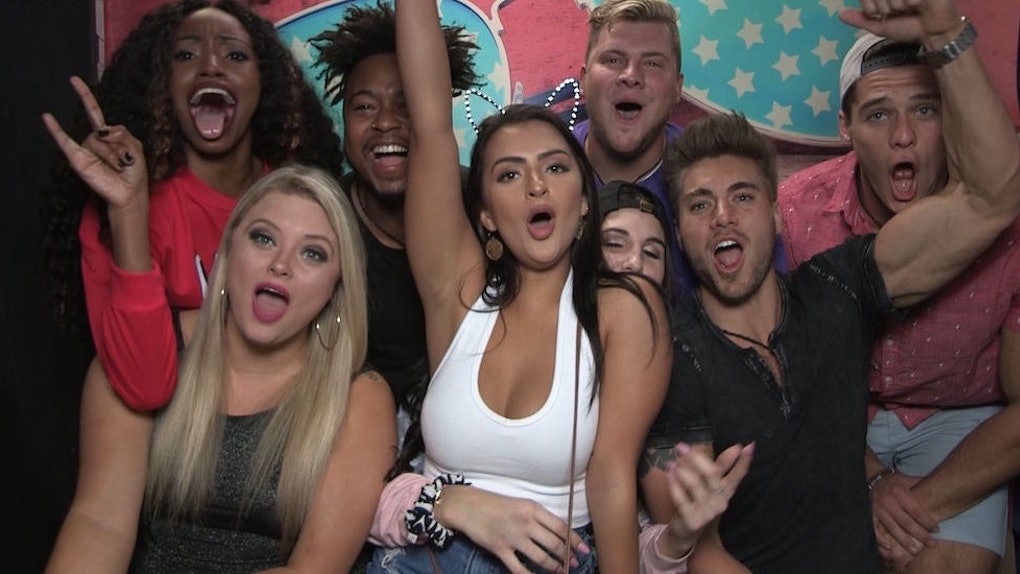 The successor to ‘Jersey Shore,’ ‘Floribama Shore’ follows eight young and happening people as they spend their summer together, partying, working, and bonding with each other. The reality series first premiered on November 27, 2017, on MTV and has been nothing short of entertaining, courtesy of the unadulterated display of romances, “bromances,” and the various facets of their friendships. But living the summer of your dreams is not cheap, which makes one wonder how wealthy is the cast of the show. Here is a list of all the cast members, ranked according to their net worth, to determine who is the richest. 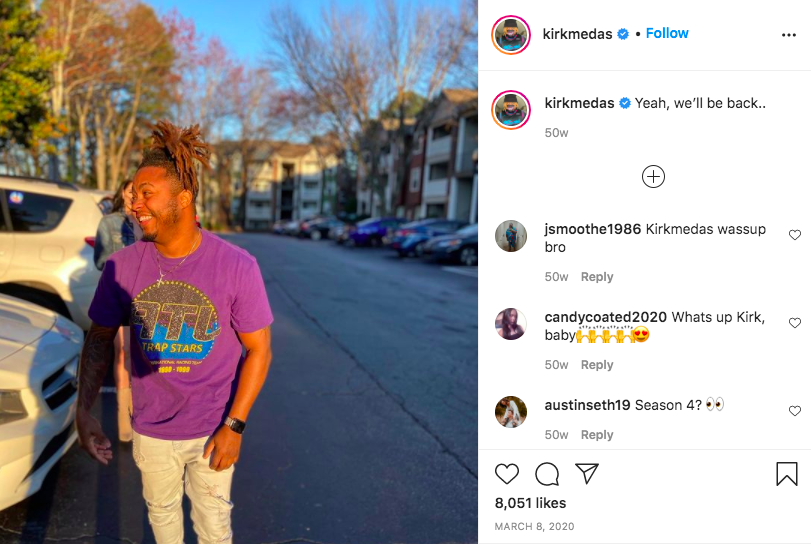 Just as famous as he is for starring on ‘Floribama Shore,’ Kirk Medas is also known for his multiple brush-ups with law enforcement. The Atlanta native is a sports lover and graduated from Kennesaw State University, Georgia, with a major in sports law. He has also worked as a social media manager for Shouty LLC and now promotes brands such as Fashion Nova Men through his social media presence.

The reality star owns Shop Kirk Medas, which offers custom hats, tees, and jewelry, although it isn’t clear whether it is still in business. However, we can safely say that featuring in this series has opened up several opportunities for the reality television celebrity. He describes himself as an actor, entrepreneur, and music and sports enthusiast. As of 2021, Kirk Medas’ net worth is estimated at $30,000. 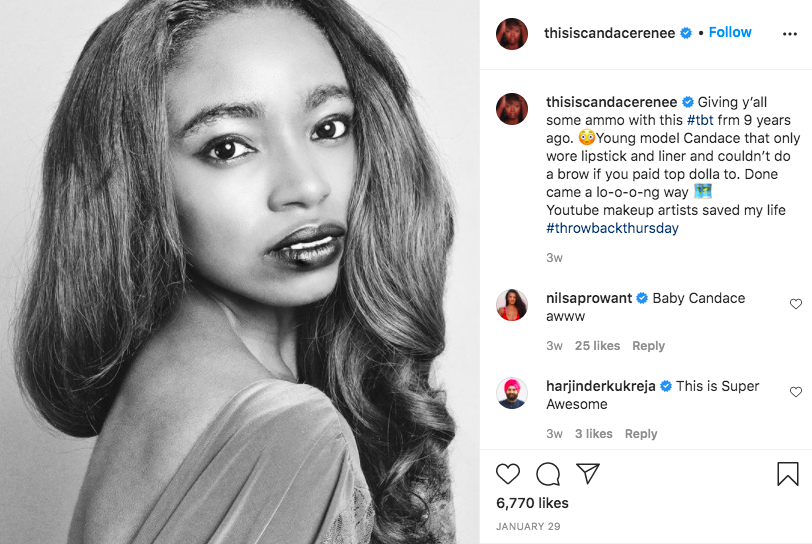 Before Candace started to appear on ‘Floribama Shore,’ she was a fashion model. She has also worked as a television host and interviewer. Candace believes that investments are important and must be prioritized before pursuing our passion. She thinks money is essential to do what one loves and helps us get what we want. Apart from featuring in ‘Floribama Shore,’ which is one of the main streams of her income, Candace is also the owner of Yaaganix, which sells natural and handcrafted skin and body care products. The current net worth of Candace Rice is reported to be around $30,000. 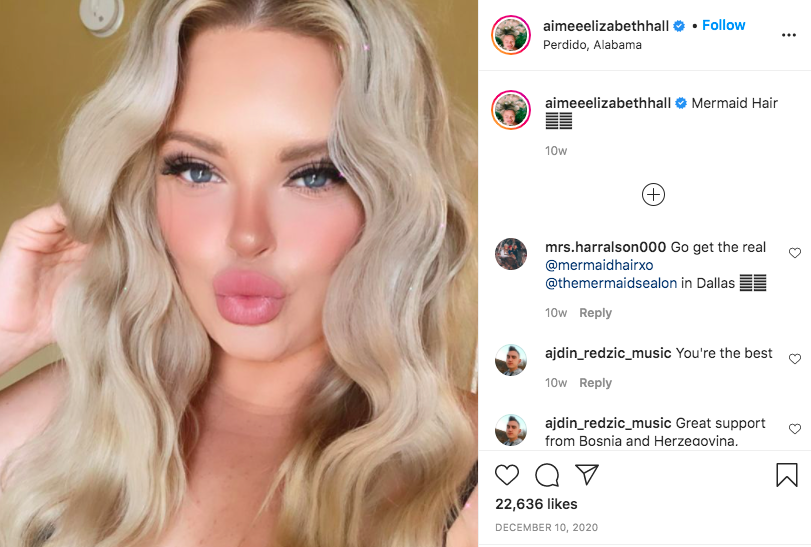 Aimee’s first job was as a bartender at The Scrap Yard in Bay Minette, Alabama. She is now a social media influencer and models clothes for several brands such as Tropic House Swim, BooHoo Clothing, and Pretty Rebellious Boutique. Aimee’s gently used clothes are sold to fans on PoshMark. Naturally, the financial aspects of her life have seen tremendous growth after she began featuring on ‘Floribama Shore’. Aimee Hall’s net worth now amounts to approximately $50,000. 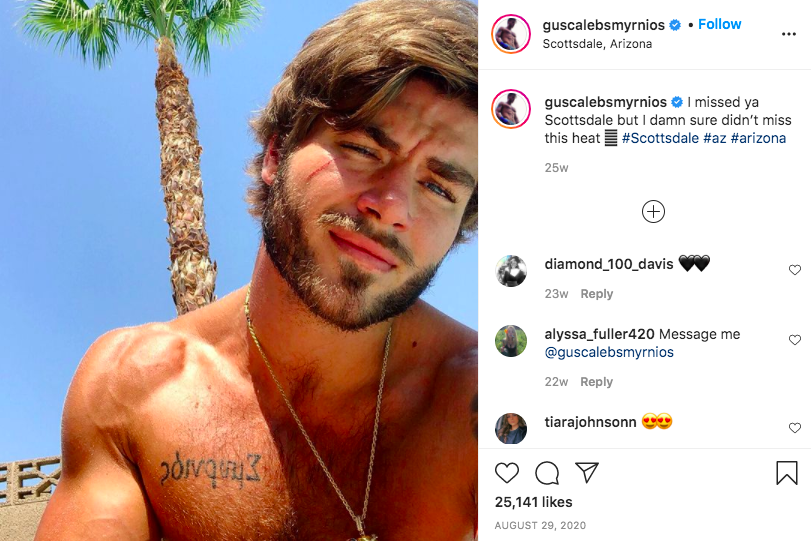 Gus Smyrnios is a fitness enthusiast and started working out because he was bullied for his weight. This, coupled with a harsh breakup, inspired him to get in shape. Gus is a personal trainer and also designs customized workout and diet programs for his clients. He is the brand ambassador for Fit Strong Supplements.

The star of ‘Floribama Shore’ also has a successful career as a model, especially as a romance cover model. You may recognize him on the covers of the romance novels ‘Strip Me Bare’ and ‘Destroying the Biker,’ among others. Gus earns about $20,000 per season for ‘Floribama Shore,’ but it is not the only reality show that he has been a part of. He was a contestant in ‘The Challenge: War of the Worlds.’ All these factors add to Gus Smyrnios’ wealth, which is estimated to be $100,000.

Like Gus, Jeremiah Buoni is also a brand ambassador for Fit Strong Supplements and is an ardent fitness enthusiast. Before featuring on the show, he had started working as a bartender at The Lobby Bar in the Ritz-Carlton, Amelia Island, and it is reported that he continues to work there. Joining the cast of ‘Floribama Shore’ helped him widen his horizon of opportunities. Jeremiah Buoni earns approximately $20,000 per season for the show, which has helped him amass a wealth of $100,000.

The show’s cast seems to have no shortage of bartenders; the skill probably comes in handy when people spend the summer partying in a beach town. Like Aimee, Kortni, and Jeremiah, who have worked or continue to work as bartenders, Codi Butts also possesses the skills. Besides reality television, he works at The Spot on the Alley in South Carolina. He used to be a basketball coach and has also worked as a referee for the Seneca Recreation Department. Codi Butts’ appearance on the show has helped him amass most of his wealth, which is estimated to be $100,000. 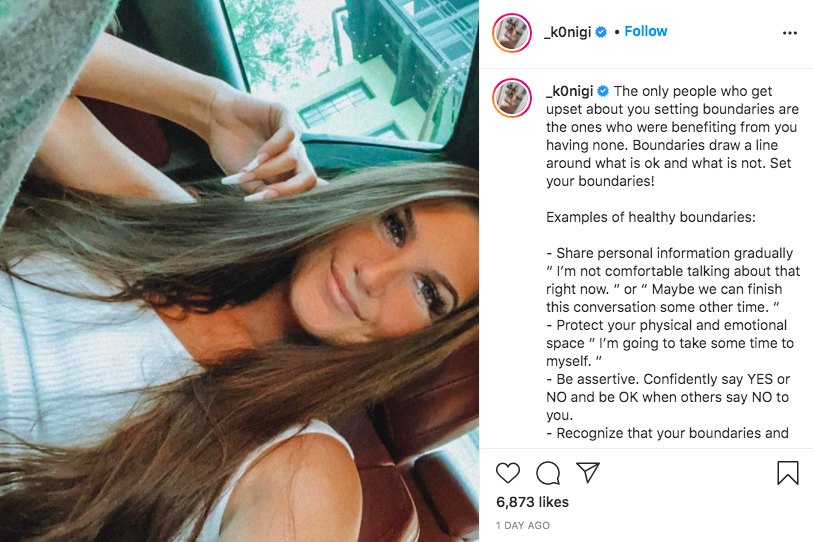 Kortni Gilson used to work as a bartender at a place called Coyote Ugly. She shot to fame due to her appearance in ‘Floribama Shore,’ from which the reality star drew a salary of around $50,000 annually. However, she exited the show after three seasons. Kortni has a steady career as a model and also earns through paid partnerships on social media. Apart from promoting brands like Me Clothing Line, she is an active advocate of mental health. She uses her massive social media following to talk about her experiences with anxiety and depression. Her net worth is approximately $200,000. 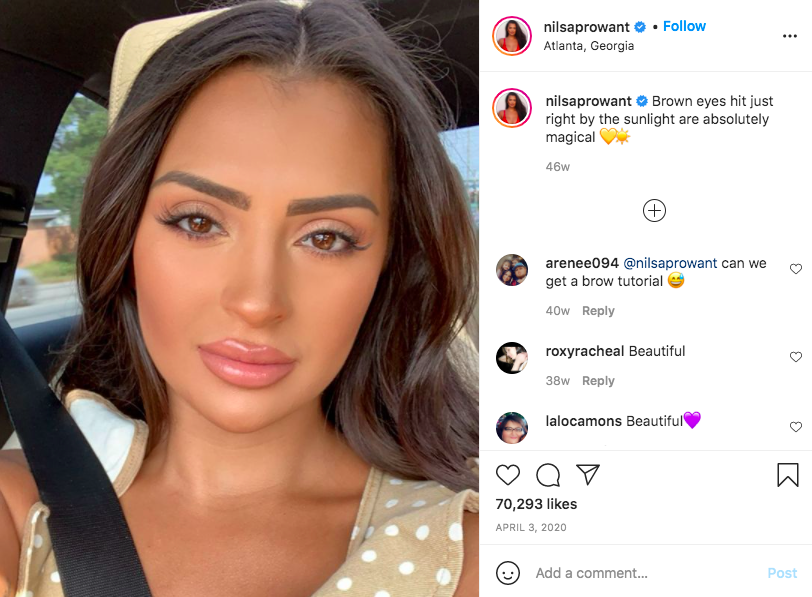 Nilsa Prowant is probably one of the busiest cast members outside of the show. Apart from being on reality TV, she is a make-up artist, model, and photographer. Nilsa has an active YouTube Channel and a very active Instagram account, on which she promotes several brands, including Fashion Nova. Her online boutique called Shop Nilsa Prowant is doing exceptionally well. The boutique sells accessories, clothing, and jewelry styled by Nilsa.

The reality star earns about $100,000 annually through ‘Floribama Shore.’ Taking all of these factors into consideration, it comes as no surprise that Nilsa Prowant is the richest cast member, with an estimated net worth of $350,000.