Who Is the Richest Million Dollar Listing Agent? 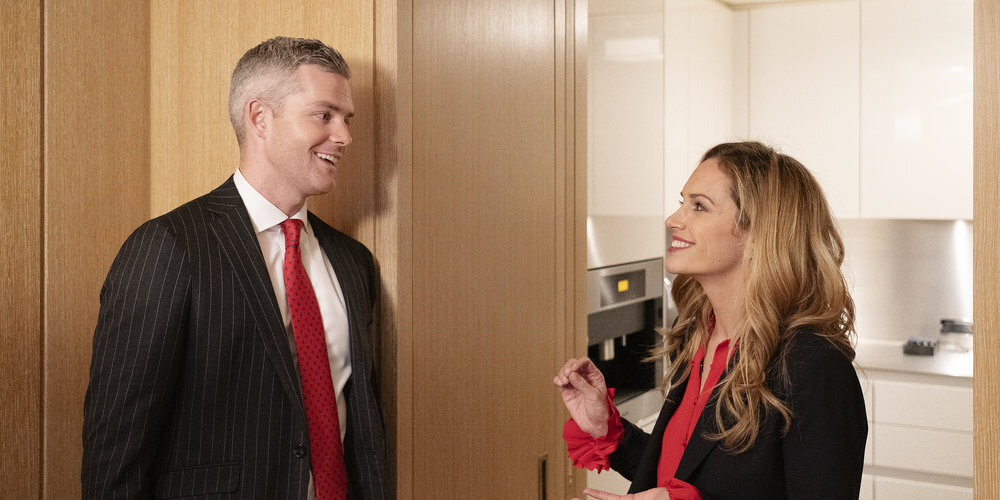 If you love real estate and Bravo television, the chances are that you are obsessed with ‘Million Dollar Listing New York.’ Why wouldn’t you be? The two-time Emmy nominated reality series follows high-end real estate agents as they work hard to achieve their professional goals and build a life they have always wanted to. One cannot help but notice the extravagant lifestyles of the cast members. Naturally, you must be curious to know how wealthy they are. Here are the current cast members of ‘Million Dollar Listing New York’ ranked according to their net worth.

Tyler is one of the newest members of the show who we first met in season 8. He has quite an amazing journey that led him to the world of real estate. After leaving the University of Alabama at Birmingham, he came to New York with a semester worth of money his mother gave him. She encouraged him to explore his options in the Big Apple. Tyler stayed with a friend and waited tables at Planet Hollywood, and eventually rented an apartment through Craigslist. His new roommate was a real estate agent and introduced him to the line of work. Life changed for him as he worked hard to establish himself in the industry.

Tyler worked for a few years with Best Apartments Inc. and a couple of years with the Metropolitan Property Group before landing his job at Triplemint. He joined Triplemint in October 2013 as their Head of Sales for the Greater New York City Area. In July 2016, he became a licensed real estate salesperson with the company and has continued to excel ever since. His appearance on the reality show has surely helped him boost his business. He is currently worth around $3 million.

Steve first appeared in the series in season 6. The handsome reality television star used to be a model before he turned his eyes to real estate. The former model worked for luxury brands such as Armani and Louis Vuitton. The NYU Stern School of Business alum interned with The Carlyle Group in 2006 and later became a real estate salesperson with Brown Harris Stevens.

Steve also served as the Vice President for Douglas Elliman Real Estate for a little over three years and then moved to work with Town Residential. He is the Founder of The Gold Team and a realtor with the Corcoran Group and a budding hotelier. Steve is setting up a boutique hotel called The Aurum, which will open in Fall 2021. Taking all his ventures into account, it is not surprising that he boasts a net worth of approximately $10 million.

Kirsten Jordan is the newest cast member to join the series and the first female agent to be a part of the franchise. Although she is a Geography graduate from the University of Wisconsin-Madison, she has an incredible track record in real estate. The mother of three has brokered over half a billion dollars in sales for her clients that include Oscar-winning actors and executives of Fortune 500 companies.

Previously, Kirsten worked with Jordan Products Company and Design Bank Licensing for about a year each. In April 2008, she started working as a licensed real estate broker with Douglas Elliman Real Estate. She has also worked with another real estate company called Compass for four years and ended her stint with them in February 2021 before returning to Douglas Elliman as an Associate Broker the same month. Through years of hard work, Kirsten Jordan has amassed a wealth of more than $10 million.

Ryan is a consistent face that the fans of the show have seen since the first season. His success as a real estate broker also resulted in a spin-off series called ‘Sell It Like Serhant.’ Many of you may already know that he was an actor before he transitioned into the profession of real estate. He obtained his real estate license to support himself while he auditioned for roles in films and television shows. You may recognize him as Evan Walsh from ‘As the World Turns.’ He has also appeared in the movie ‘Withdrawal’ and the comedy series ‘Inside Amy Schumer.’

He briefly worked as a hand model for AT&T phones and Nespresso pods. In the past, Ryan has worked for CBS and as an exhibitor with the National Association of REALTORS. The highly successful real estate tycoon is currently an associate broker with Nest Seekers International, the Co-Founder of Serhant Media Group, and the Founder and CEO of his real estate company called SERHANT. In 2019, he launched a course titled ‘Sell It Like Serhant: The Course’ that reportedly earned about $100,000 per day in the first three weeks.

It became one of the most successful real estate courses ever. He has also authored several books such as ‘Sell It Like Serhant: How to Sell More, Earn More, and Become the Ultimate Sales Machine’ that was published in 2018 and ‘Big Money Energy: How to Rule at Work, Dominate at Life, and Make Millions’ that released in 2021. He currently lives in a $7.6 million townhouse in Brooklyn with his wife and daughter. His net worth is estimated at around $25 million.

Apart from Ryan, Fredrik is the only other cast member who has been featuring in the series since the first season. Originally from Sweden, he started showing interest in sales at a very young age. Fredrik came to the USA as an exchange student at Edina High School in Minnesota. It was then that he first visited NYC and made up his mind that he would work in the city one day. Back in Sweden, he briefly worked with a financial newspaper called ‘Finanstidningen’ and also worked at a club with his friends.

In 1999, Fredrik started an internet company, Humany. In 2003, he also dabbled in the adult entertainment industry before moving to New York. Fredrik was the Managing Director of CORE Group Marketing and now works as a broker for Douglas Elliman. The reality television star is also the founder of the real estate firms Eklund Stockholm New York and Eklund Oslo New York.

The driven and highly successful real estate agent caters to a star-studded clientele that includes Jennifer Lopez, Sarah Jessica Parker, Daniel Craig, John Legend, and Chrissy Teigen. Fredrik is an esteemed member of the Real Estate Board of New York. Apart from his various businesses, he also set up High Kick that sells wine in six countries. All his successful ventures have helped him amass an impressive net worth of about $30 million, making him the richest cast member of the reality series.

Read More: Who is the Richest Real Housewife of New York?