Who is the Richest Storage Wars Cast Member? 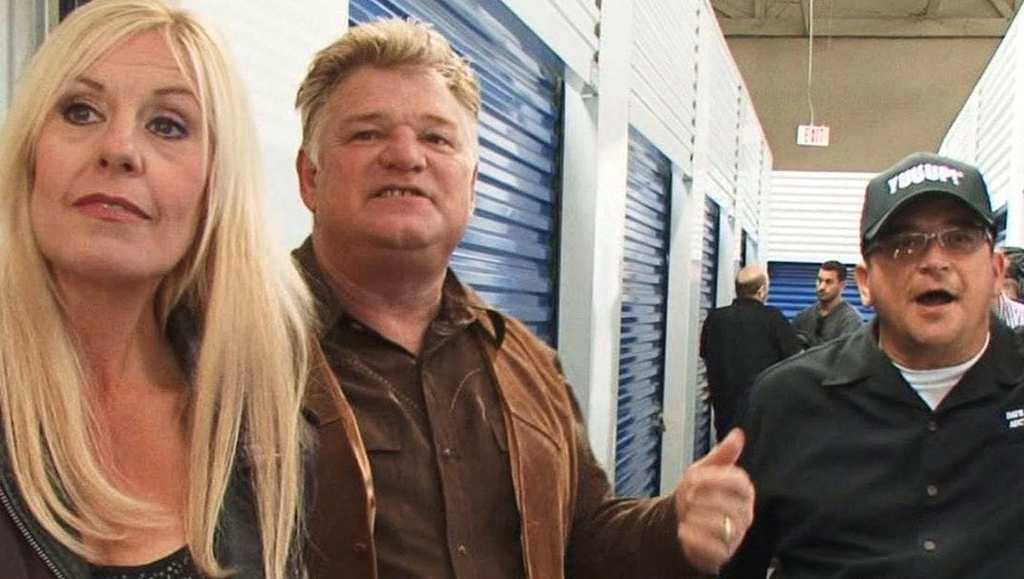 A&E’s ‘Storage Wars’ is a reality series wherein professional buyers go to auctions of unpaid storage lockers searching for lucrative items that can fetch them a hefty profit when resold. Before the trading, though, all the potential buyers are given five minutes to inspect the pieces inside. The only rule is that they can’t enter the locker or touch anything. Along with the running on-screen costs and values, a tally of the buyers’ total profit or loss is shown to us in the end, making things all the more interesting. So now, with season 13 on air, let’s find out the net worth of the cast members, shall we?

Not to be confused with the producer in the music industry of the same name, Barry Weiss is a professional storage treasure hunter through and through. Also known as “The Collector” due to his vast accumulation of valuable antiques, he initially made a fortune for himself with his brother in the produce market. In fact, he spent 25 years in the business, retired, and traveled the world before indulging in his passion for antiques and becoming a television personality. 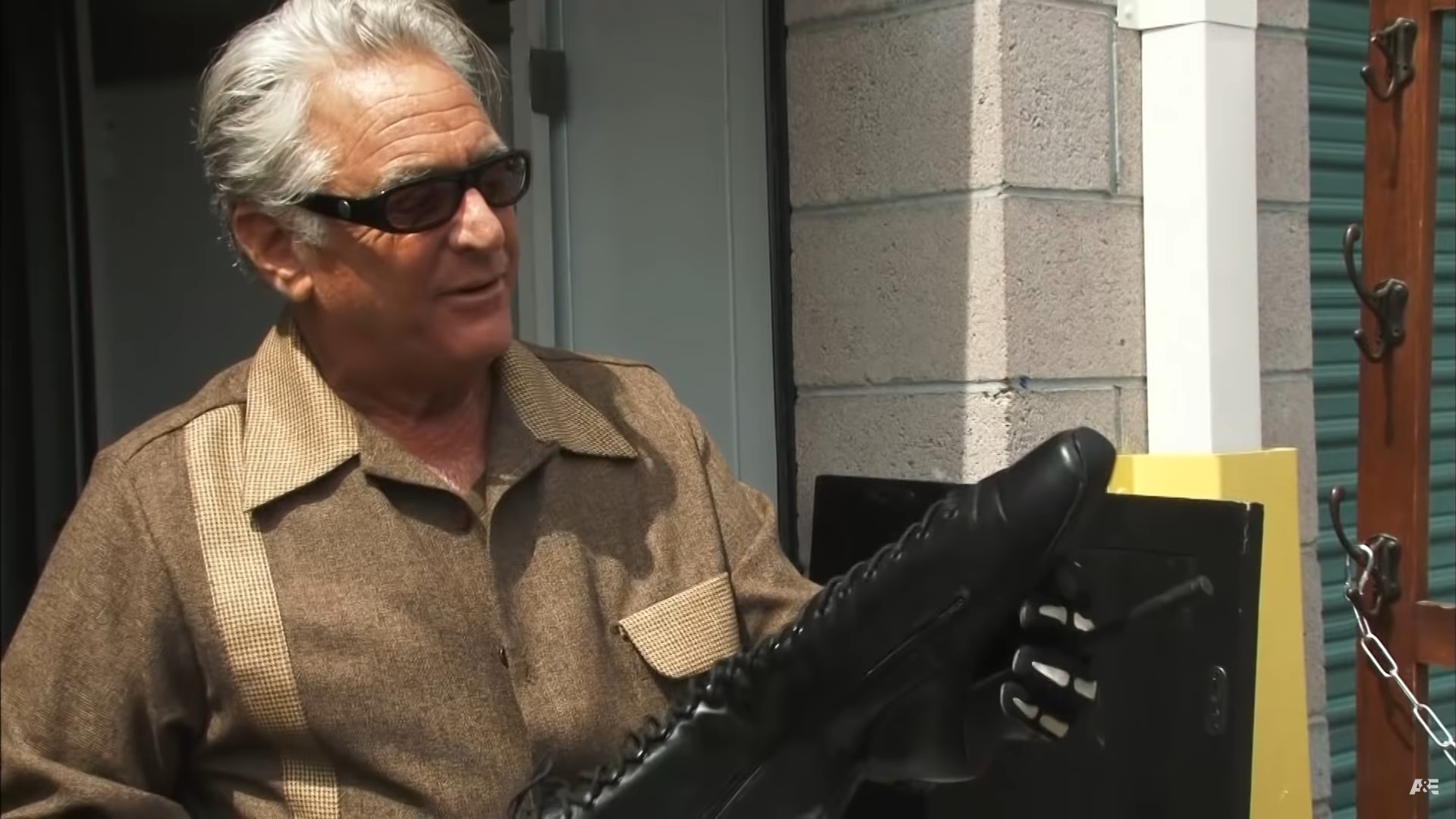 Apart from the original A&E Network series, Berry has also been the star of ‘Barry’d Treasure’ and ‘Storage Wars: Barry Strikes Back,’ along with documentaries entitled ‘Motorcycle Mania III’ and ‘Beverly Hills Garage – The Bruce Meyer Project.’ With his witty one-liners and charismatic nature and style, Barry has never been one to hold back. But he admits that he often loses money as he ends up keeping most of the items for himself rather than reselling them.

Dan and Laura Dotson – $4.5 Million Each

Dan and Laura have been a part of ‘Storage Wars’ since its premiere in 2010. As auctioneers, although they seem to have taken a backseat to let the buyers shine through, their work and catchphrases always make them stand out. Coming from an auctioneering family, having started to learn the ropes from his grandfather at the age of 11, Dan established his own company, American Auctioneers, in 1983. Then, when he met Laura, they went into business together before tying the knot in 2000. 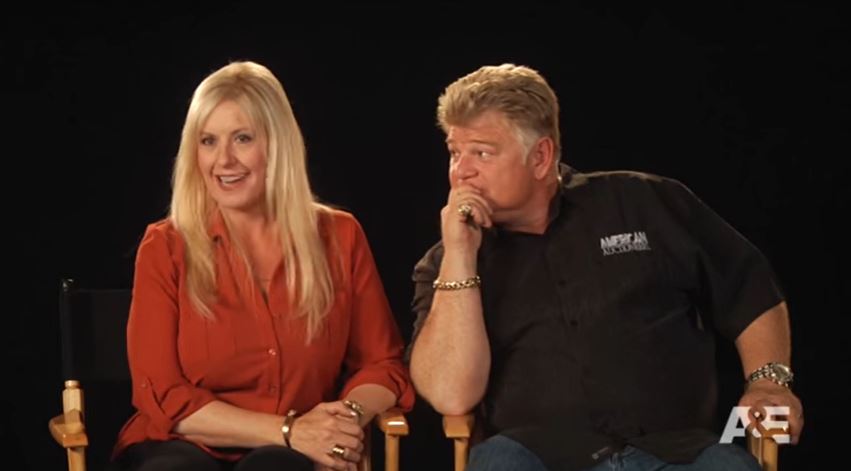 Dan and Laura spend equal time running American Auctioneers, which, over time, they have managed to take to the national level. From 300 auctions per year, they have grown to 3000, making the firm #1 in its field in California. Moreover, in 2015, the couple acquired StorageAuctions.net, allowing them to offer free sign-up, free searches, no middlemen fees, and no membership fees online. With this clear and compelling auctioning style, their net worth is at an astounding $4.5 million each.

Darrell Sheets, or “The Gambler,” is another cast member who has been a part of ‘Storage Wars’ since its premiere. His nickname is appropriate not only because of his high risk, high reward bidding style but also because of his strong personality and cutthroat attitude. As a resident of Huntington Beach, California, the best way for you to recognize him is through his catchphrase, “This is the WOW factor!” 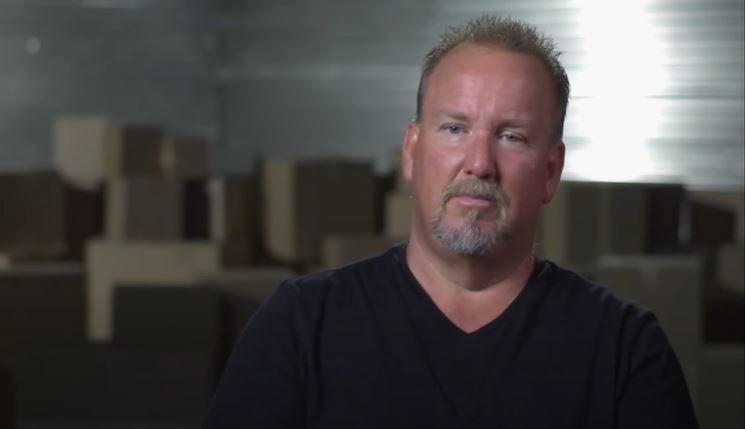 Before joining the reality series, Darrell, with his eye for spotting antiques, spent over three decades as a buyer without the fame. In fact, some of his treasures from that time include a few Pablo Picasso sketches, a letter penned by Abraham Lincoln, and a massive collection of rare comics valued at $90,000. And now, with his profession getting mixed with his talent, his per episode income is said to be $30,000.

Originally from Houston, Texas, Brandi Passante moved to Orange County, California, when she was just a teenager, meeting Jarrod Schultz, her now ex-boyfriend and co-participant in the A&E series, in 1999. From working at a carpet cleaning company to raising their two children, Cameron and Payton, to running the now-defunct Now and Then thrift store, the former couple did everything together — they just never officially married. 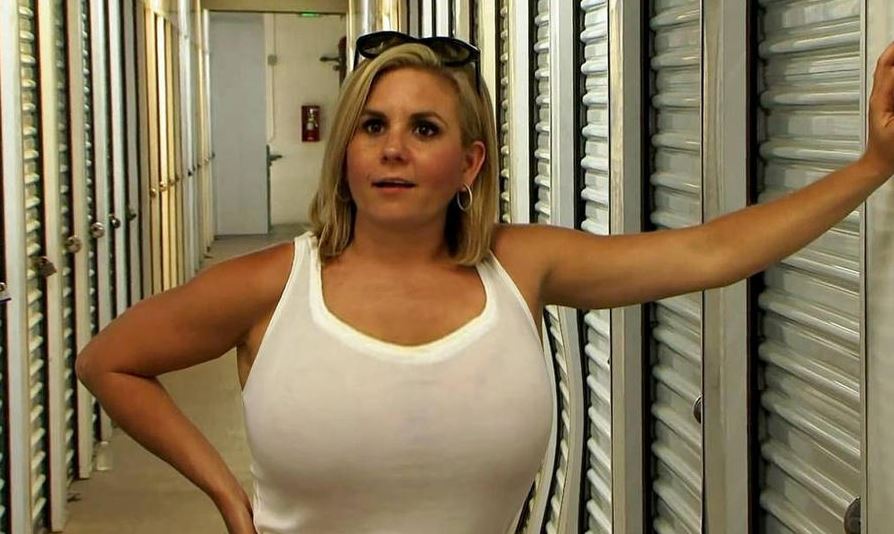 Brandi has earned most of her money by being a television personality —starring in ‘Storage Wars’ and ‘Brandi & Jarrod: Married to the Job,’ where she truly showcased her personality. In 2013, she sued the operator of an adult website for a video that made it seem like she was nude in it. She sought $2.5 million in damages but won just $750 as the clip only featured her lookalike. Brandi has since worked with charities and has a cameo profile as well.

As the other half of “The Young Guns,” Jarrod Schulz’s net worth is the same as his ex- “not wife’s.” We should mention that when the former partners first came on the show, they were labeled to be financially limited storage hunters who needed the occupation to pay their bills and break even. But despite this massive monetary disadvantage, they held their own and have since come a long way. 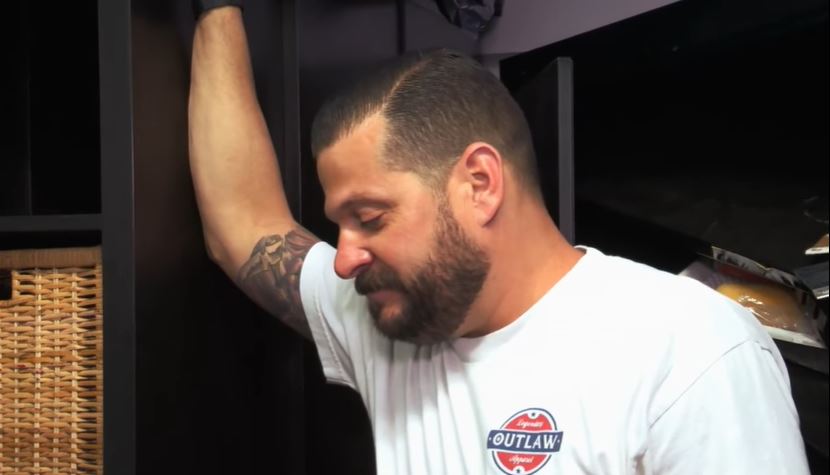 Jarrod worked in the mortgage industry for a short while, but once it fell in the mid-2000s, his aunt suggested that he try being in the storage unit auction business, which commenced his and Brandi’s entire journey. With appearances in nearly 300 episodes on A&E, along with his income from the Now and Then store, which shut down in 2016, Jarrod’s accumulated worth is not at all surprising.

Rene and Casey Nezhoda – $1.5 Million Each

Rene and Casey Nezhoda, aka “The Bargain Hunters,” are a pair who have been a part of ‘Storage Wars’ since season 4. They were recurring cast members at first but soon became main buyers. Since then, they have made a name for themselves for their thriftiness, Rene’s broad knowledge of random items, and sometimes, their impeccable bidding methods. 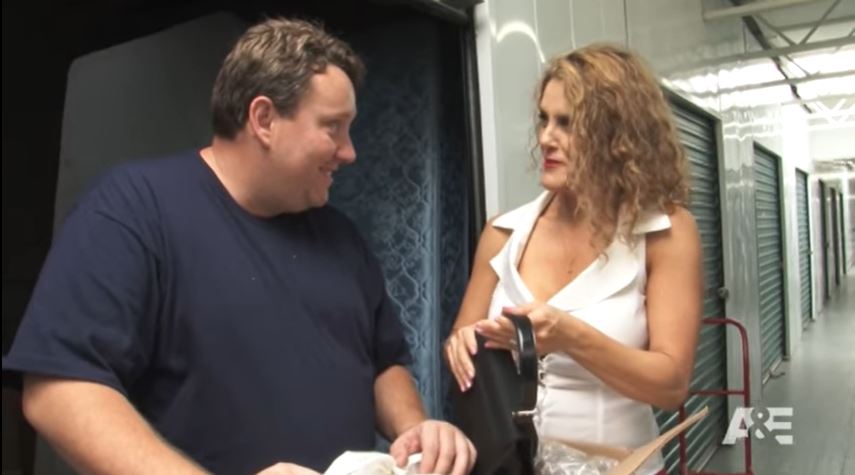 While Rene was born and raised in Austria, Casey is from Germany. She worked as a nanny in America until the pair opened up Bargain Hunters Thrift Store in Poway, San Diego, California, in 2012. The couple even has a YouTube channel dedicated to their profession. Because their business is in both their names, it seems like sources consider the Nezhodas’ net worth one and the same.

Also known as “The King” of Palmdale, Ivy Calvin is a no-nonsense buyer with almost ruthless tactics. He is very well aware of his rivals’ plans and rarely gets tripped up over them, primarily because of his 16 years’ worth of buying experience and competitive nature. After all, the latter got ingrained in him while he spent his early years as a football player and MMA fighter. 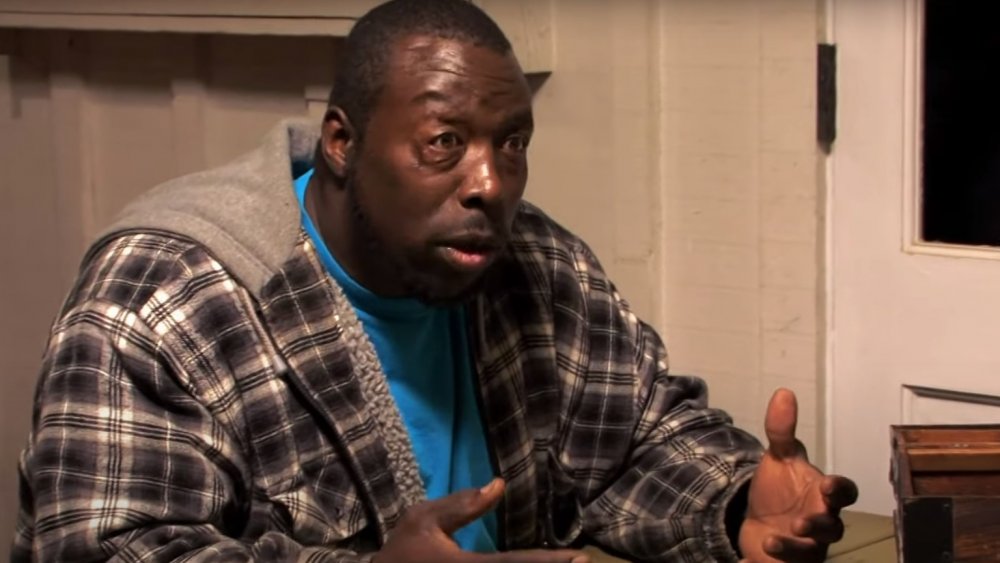 Ivy owns and manages an antique store, Grandma’s Attic, which is said to have a rapid turnover thanks to the variety of goods he keeps stocked on the shelves and his dedicated customers. Moreover, on ‘Storage Wars,’ he usually only bids on units with items he deems worthy of his store, making his game all the more powerful. The King’s monthly income is estimated to be $25,000.

Hailing from New Orleans, Louisiana, where he served as a police officer, Kenny Crossley left law enforcement to move to Los Angeles, California, a few years ago. On the west coast, he managed storage facilities to make a living, which led to a chance encounter with Barry Weiss. They formed a rare partnership that resulted in Kenny making a few appearances on the show from seasons 2 to 4. 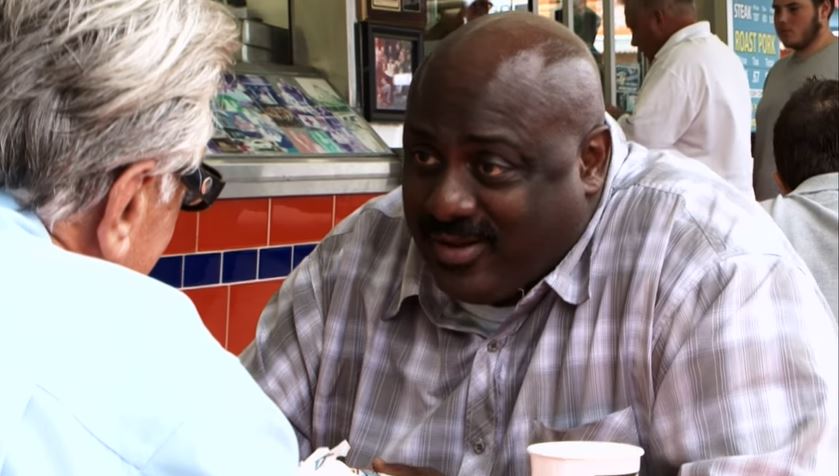 Starting from season 10, though, Kenny has been a buyer in his own right, utilizing the knowledge he gained from his time with Barry and mixing it up with his intuitions, personality, and approach to take the locker buying business to a whole new level. Although his exact earnings are not public knowledge, we suspect his career would have helped him accumulate approximately $1 million until now.

Read More: What Happened Between Brandi and Jarrod? Where Are They Now?