Who is the Woman in Black in the End? Who is the Narrator of The Wonder? 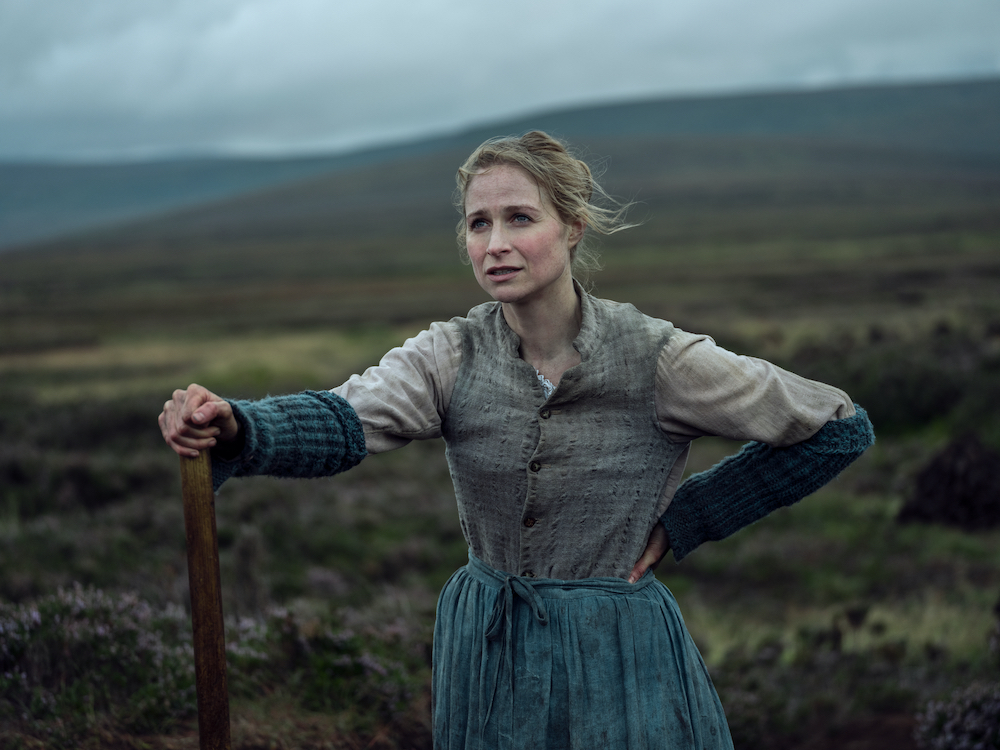 Set in Ireland in 1862, ‘The Wonder’ is a period drama that reveals its many layers over the course of the story. It begins as a simple investigation by a nurse, who has to find out whether the girl placed under her watch is a real miracle or just another hoax. Soon, however, several factors in the girl’s life are brought to light and we discover that there is a lot more to her than what initially appears. The film makes a compelling case for itself as deeper themes come into play. What adds to this intrigue is the presence of a narrator, who appears in the end as a woman dressed in black. Who is she and what does her presence mean for ‘The Wonder’? Let’s find out. SPOILERS AHEAD

Who is the Woman in Black? Is She the Narrator?

Before introducing us to Lib Wright and the person that she’s to observe for the next fortnight, ‘The Wonder’ welcomes the audience in an unconventional manner. We are taken through the elaborately made-up sets that have been used to film the story, and a voice gives us an idea of what to expect. It says “we are nothing without stories” and invites us to “believe” in the one that it is about to tell, just as the characters (not the actors) believe in their stories with “complete devotion”.

This introduction sets the tone of the film, nudging the audience toward the power of the stories that we tell ourselves. For the characters in ‘The Wonder’, it is the story that they choose to believe that decides their fate. Anna believes that by starving herself, she’ll free her brother from Hell. Her family and the people of the community feed into her narrative and the entire thing escalates to the point where Anna herself becomes a story, one that everyone further interprets in their own manner.

Through the presence of the narrator, the film also makes sure that the audience never feels like a part of the story. We are outsiders, observers, just like Lib, and the first scene and the last make sure we remember that. In fact, should the audience get too engrossed in what’s happening with Anna and forget their place, the narrator drops in, reminding us of its presence. It is an interesting way to create space between the story and the audience, almost as if to prevent the latter from being consumed by the former. What makes it all the more intriguing is to use an actor who plays a character in the film as the narrator.

Director Sebastián Lelio explained that this was also a way to tell the audience that despite being a period drama, the film aims to reflect the things plaguing contemporary times. “The framing and the fact that it starts today… is a way of saying this [kind of story] has always happened. It happened in the 1860s. And will continue to happen unless we change the power dynamics. So I was slightly more interested in that than in stressing too much about historical accuracy,” he said.

The film first introduces us to the presence of a narrator through their voice. It is in the second appearance that we discover who they really are. It is when Kitty O’Donnell (played by Niamh Algar) momentarily breaks the fourth wall by looking into the camera and right into our eyes that we discover that she is the narrator. Her identity is confirmed in the final scene when Algar appears, though not as Kitty, all dressed in black, wrapping things up for us.

Choosing the actress who plays Kitty as the narrator is a fascinating but, in the context of the film, unsurprising choice. There is a clear line when it comes to the people who are insiders and outsiders for Anna, and most people are on either side of it. Kitty, on the other hand, walks that precarious line. Her exact relationship with Anna is not specified. She is clearly not her sister, because the O’Donnell family photo didn’t feature her. She must be her aunt or a cousin. This extended nature of their relationship puts a delicate distance between Kitty and Anna, where the former is a part of the inner circle, but could still be an outsider. She gets a peek behind the curtain but doesn’t actually feel like a part of it.

Kitty’s appearances in the story also feel strategic in hindsight. She is the first O’Donnell that Lib, as well as the audience, meets. She is also the one telling more stories to Lib. She tells the nurse about “the body and blood of Christ” that Anna ate before she took to fasting. This is when Lib tells Kitty that she is “not looking for a story” but for facts. Kitty says that Lib’s facts are, in a way, the story she tells herself. And to drive the point home, Kitty assumes the identity of the narrator, just for a couple of seconds.

Later, it is Kitty who uses the phrase “a mother’s kiss is sacred”, which eventually leads Lib to decipher how Anna had been eating secretly all this while. Kitty also tells Lib the story of Will’s family. As if her role as the storyteller hasn’t already been firmly established, we also find her reading things out loud. It is presented in the guise of Kitty learning to read. She reads a passage from the Bible; she reads the article written by Will Byrne; and in the end, she also reads the article which reveals that Anna has been declared dead by the authorities and no charges have been pressed against her parents or the self-appointed committee. During this reading, it is also interesting to note that the moment the camera leaves Kitty, she doesn’t stumble while reading the article anymore.

When we see her again, in the final scene, she repeats “in, out”, the same thing Anna used to say while playing with the thaumatrope Byrne gave her. It almost feels like turning the last page of the book and then shutting it while thinking about its message, which in this case, is perspective. She reminds us that stories define us. It is what we choose to believe that makes the difference, just like it did for Anna, who is eventually saved by the same belief system that pushed her to the edge of death. Leaving us with “in, out”, the narrator pushes the audience to confront all the things that they believe in and see how their own lives are defined by that.

Read More: Is The Wonder a True Story?