Who Is Tulip on The Masked Dancer? 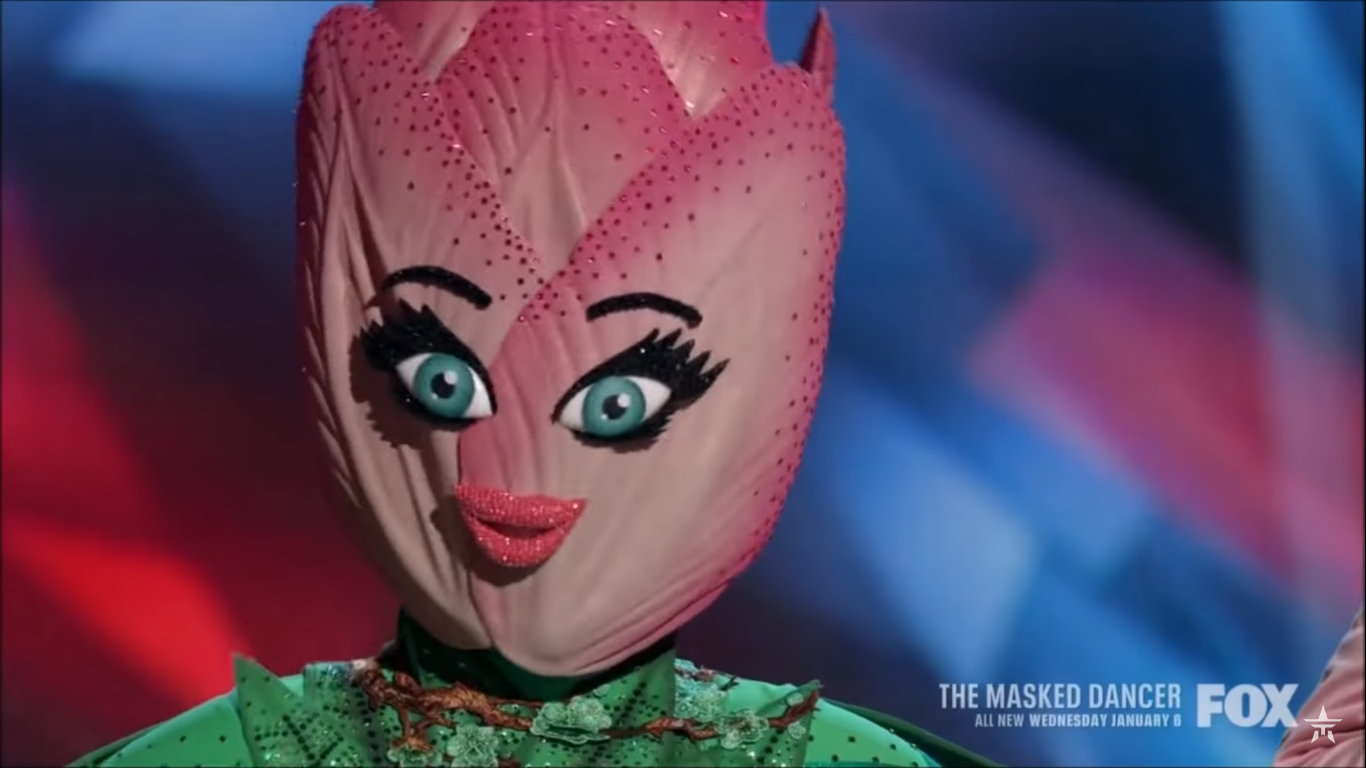 ‘The Masked Dancer’ aired its first episode in December 2020 and has captivated the audience since the very first performance. The show, which follows the format of its parent, ‘The Masked Singer,’ also has celebrities dressed up in costumes that hide their identity from the viewers and the panel of four distinguished judges. The only difference is that here, the disguised celebrities showcase their talents through dance. And one such contestant is Tulip, who managed to entice us with her beautiful, spectacular, and applaud-worthy performance. Hence, we were immensely curious about who this massively skilled personality might be. Here’s what we think.

Tulip stepped onto the stage wearing a pink flower on her head and a green dress covering the rest of her body, with a skirt made of pretty pink petals. She entered the stage dancing, giving the audience a preview of her talents. Ashley Tisdale was quick to notice her petite figure, while Paula Abdul was more focused on the more matured and intricate dance steps that showed Tulip is an experienced dancer.

Tulip’s very first clue package clip started with her shutting down an alarm clock, which had a label saying “Tick Tock,” and the hands were pointed at 11. Then, she took up a cereal bowl with the recurring clue of 11 on the cereal box and a picture of what seemed to be melon seeds. “I don’t want this to sound like one of those good-guy-bad-guy stories, but growing up, I was teased all the time,” Tulip said as she picked up a school book labeled “Mount Laurel School” and flipped through it, showing audiences pictures from an acrobatic class and a “Glee Club.”

“My confidence tumbled. But I tried my best to not let trolls get in my head. I packed up my things and found a new, sunnier place to call home,” Tulip stated while packing a bag and holding a bus ticket that read “AL–>DC.” A bowl of mac and cheese was shown neatly placed on a table. Following this, she clicked her heels together thrice, saying that finally, “people were chill with the stranger things about me.”

The video ended with Tulip dedicating her dance to “anyone searching to find their place in the world.  After all, we’re all in this together.” Tulip presented a dance routine encompassing intricate and immaculate tap-dance steps and footwork on “Fergalicious” by Fergie. Tulip’s hands formed the Tik Tok sign at the end of the performance. In “Word Up!,” Tulip, in her undisguised voice, said the word “triple.”

The judges were evidently impressed by the level of dexterity Tulip showed in her tap-dance performance. Tap-dancing is known to be a tougher art form than most others, and Paula Abdul, a tap dancer herself, couldn’t help but remark, “A tapper after my own heart!” Brian Austin Green conceded to Paula when she said that Tulip was definitely a trained dancer. Guesses from the judges included the names of Millie Bobby Brown, Ariana Grande, Tik Tok star Charli D’Amelio, and Heather Morris.

We, however, have placed our bets on the ‘Dance Moms’ star, Mackenzie Ziegler. One of the biggest clues hinting towards this Ziegler sister was released on the official Instagram page of the show, which said, “I love to dance like it’s Christmas the entire year!” We feel that this might be a direct reference to Mackenzie Ziegler’s video titled “Christmas All Year Long.” She also goes by the name Mack Z on YouTube, which sounds an awful lot like mac and cheese. This could be what the clue package was hinting at.

Besides, the clue package talked about bullying, and Mackenzie has been a part of many anti-bullying campaigns. Plus, the seeds on the cereal box were probably melon seeds, and Mackenzie has been known to partner with a foundation named Love Your Melon. Moreover, the bus ticket that said “AL-> DC” can very well be an abbreviation of the Abby Lee Dance Company, where she began her dancing career. The clock shown at the beginning of the clue package read “Tick Tock,” and Tulip also ended her dance by making the Tik Tok sign.

Now, Mackenzie Ziegler is also famous on Tik Tok, with over 19 million followers, making her a sensation on the platform. Mackenzie has also starred in the role of Dorothy in an adaptation of ‘The Wizard of Oz,’ titled ‘The Wonderful Winter of Oz.’ The clicking of Tulip’s green heels thrice in the video might be a nod to Mackenzie’s portrayal of the character. Her “Word Up!” clue “triple” might be pointing towards her talents as an actor, dancer, and singer.

Another probable clue we noticed was the ending statement of the clue package where Tulip said, “After all, we’re all in this together,” which could be a hint directed towards Mackenzie’s music video titled “Teamwork,” that talks about working in a team to face adversities like bullying. With all these hints and pointers, we are almost too sure that Tulip is indeed Mackenzie Ziegler, but with the unpredictable nature of this wonderful show, you never know!

Read More: Who Is Exotic Bird on The Masked Dancer?