Who is Turtle on The Masked Singer? Latest Clues and Guesses 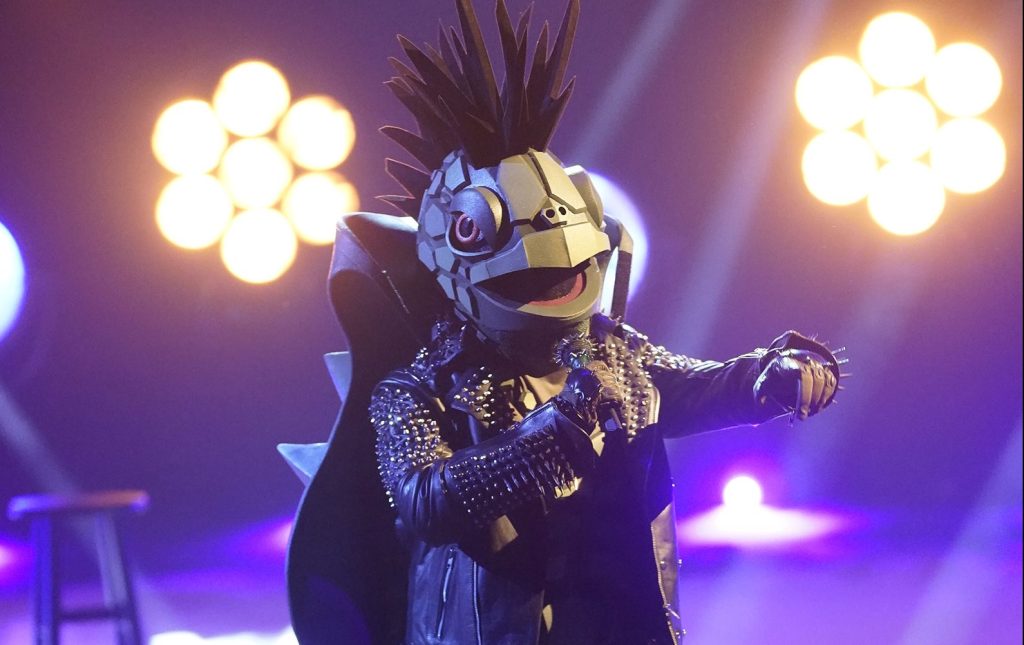 When ‘The Masked Singer‘ Season 3 started, plenty of fans wondered about who might be behind the Turtle outfit. The Group A performer soon took to the stage and blew us away with his fantastic voice and punk outfit. The competition has been smooth sailing for Turtle, who’s now one of the frontrunners this season.

Turtle’s latest clue package sees him tell us how much the competition has changed him. He’s been riddled with insecurities his entire career. As Turtle says this, he enters a life-sized chessboard. It seems that Turtle always puts himself in the last place despite all the strategizing.

We are treated to a visual clue of a heart, which seems to have a crown on it. Turtle continues that he knows he has strong competitors here, and he’s pushing himself to be one step ahead. Viewers get to see the arms of a clock that switches from 3:23 to 9:14. Turtle is out to prove he’s a full package entertainer, including dance moves.

As he says this, he replaces the masked singer bust with a stuffed toy ram. Turtle ends his clue package saying ‘Checkmate.’ After his performance, he brings out a strange dish, which includes red, blue, and green colored chips along with apple salsa. Check out the clue package below.

Fans who’ve guessed that Turtle is Jesse McCartney are in for a treat since the latest clues line up perfectly. The direct reference to checkmate is a nod to Jesse’s song of the same name. It also ties in with the entire chess motif that is seen in the clue package.

However, eagle-eyed fans have also pointed out that the heart could refer to ‘Kingdom Hearts.’ Chess is essential to ‘Kingdom Hearts’ fans because it features in the trailer for ‘Kingdom Hearts 3.’ Since Jesse voices Roxas in the game, fans have concluded that he’s the one wearing the outfit. Check out a tweet where a fan is sure of the deduction.

One of the turtle’s clues on The Masked Singer was a chessboard, and there’s emphasis on the HEART (Queen) piece!

Jesse voices Roxas and Ventus who are in Kingdom Hearts, with the third game opening with a game of chess!!! Come on! pic.twitter.com/xoripCkbge

Similarly, the hands of the clock translate to 323 and 914. These could refer to area codes, explicitly belonging to Los Angeles and Westchester County, New York. Jesse happens to be from Ardsley in Westchester County and resides in LA currently. Lastly, the apple salsa might refer to Christina Applegate, who’s worked on the ‘Alvin and the Chipmunks’ movies with Jesse. The colored chips directly tip the hat to the colors worn by Alvin, Simon, and Theodore.

Therefore, the latest clues only confirm what we have known all along about Turtle’s true identity. That said, we do not expect the performer to be eliminated any time soon. Thus, we can expect more clues to help us ascertain who’s wearing the outfit.