Is Attica Locke’s Husband an ex-NFL Player? Who is Zora’s Husband Ken Based on? 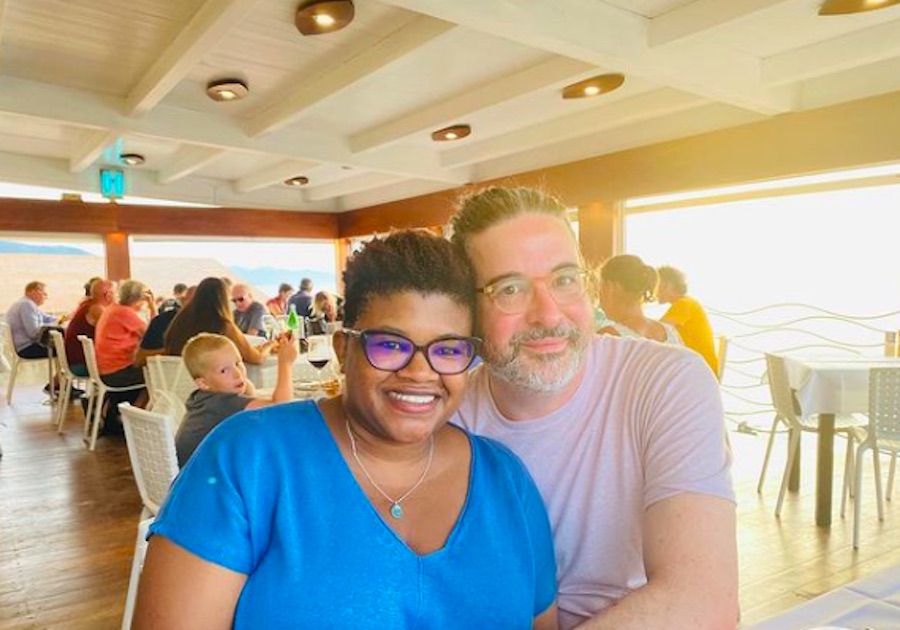 Netflix’s ‘From Scratch’ is the story of Amy and Lino, whose love story goes through many ups and downs. It begins as something right out of a fairytale, but over the years, they have to face the challenges that test them bitterly. In such times, they have to depend on their family’s love and care. Both Amy and Lino find unwavering support in Amy’s sister, Zora. She is there for them from the beginning and is so dedicated to helping them that she often ignores herself in the process.

In such times, she needs someone who can look out for her, and she finds that person in Ken. It is he who takes care of her when she’s taking care of others. He is an endearing character who is instantly likable. Zora is inspired by Attica Locke, the sister of Tembi Locke, whose memoir serves as the inspiration for the show. If it makes you wonder whether Ken is based on Attica’s husband, then we’ve got you covered.

Who is Attica Locke’s Husband?

In ‘From Scratch,’ Zora marries an ex-NFL player named Ken, who works as a teacher, like her. In real life, however, Attica Locke’s husband, Karl Fenske, is very different from Ken. He works as the Deputy Public Defender IV at the county of Los Angeles and is the winner of the Judi Schecter Award for Outstanding Work in Juvenile Practice. Karl was born in Chicago and raised in Missouri. He and Attica met while attending Northwestern University.

While the couple has been together for a good part of two decades now, Attica confessed that her first impression of Karl was not good. “He was so weird. He was white. I was a sweet little girl, and he was this guy with long hair, leather jacket, earrings, and he reeked of cigarette smoke. He was so smug! At first sight, I couldn’t stand him,” she told The Guardian. Over time, however, she warmed up to him. “I started noticing things about him that made me question my initial judgment,” she added. Soon enough, they fell in love with each other and haven’t looked back since.

After college, they moved to LA, where Attica wanted to pursue a career in Hollywood. After some initial setbacks in her acting career, she switched to screenwriting, which eventually funded Karl’s law school. It was working with her on a project that turned him toward a career in public defense. From a screenwriting fellowship, Attica got to work on a reality show called ‘World’s Wildest Police Videos,’ and he served as the tape librarian.

“Police agencies around the country would send in tapes. Some of it was car chases and police pulling people out and beating them. And Karl kind of broke,” Attica said. It had such an impact on him that he decided to pursue law and dedicated himself to helping the downtrodden. Karl obtained his Doctor of Law (J.D.) degree from Pepperdine School of Law in 2001. Later, when he got a stable job, he supported the family so Attica could give time to her novels, most of which fall in the crime genre. Karl’s career in law and experience in criminal defense serve as one of the sources of Attica’s research.

In adapting ‘From Scratch’ for Netflix, Attica and Tembi Locke made a lot of changes to the characters and their plot lines. For Zora and Ken, the deviation is much more pronounced. In the show, Ken is a black man, and his personality is quite different from Karl’s. The meeting between Zora and Ken also happens at a very different point in their lives as compared to Attica and Karl, who met when they were barely out of their teen years.

The trajectory of both relationships is also very different, so it is fair to say that for the purpose of the show, Ken’s character was created from scratch. Despite these differences, the most important similarity between the two men is that both of them are kind and considerate people who are devoted to their wives.

Read More: Where is From Scratch’s Zora Now? Update on Attica Locke