Where is From Scratch’s Zora Now? Update on Attica Locke 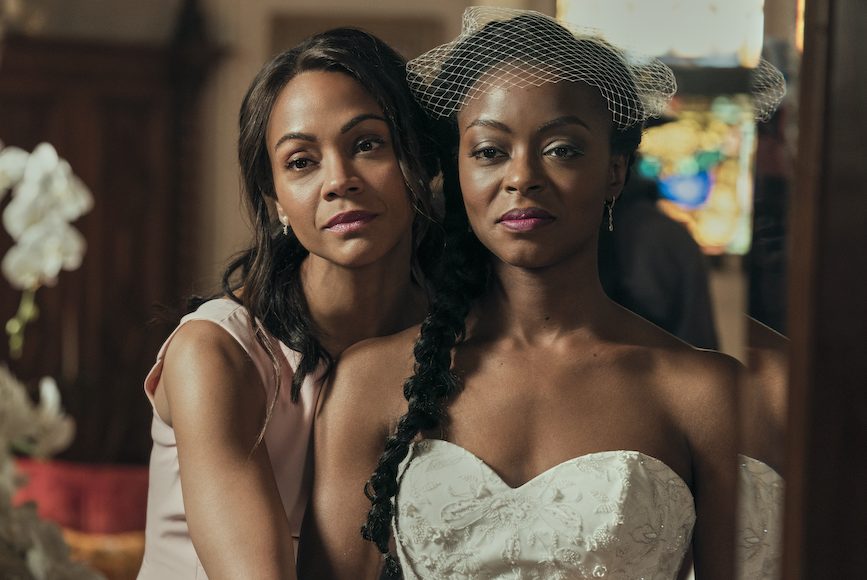 Netflix’s ‘From Scratch’ follows the story of Amy and Lino, who fall in love and start a life together, despite the many challenges in their path. While the show primarily focuses on their romance, it also expands the story to their families, who become their support system when the times get tough. For Amy, her sister Zora is the one person that she can always lean on and trust to give her the best advice.

Zora becomes her sister’s rock, always looking out for her, supporting her, and pushing her to survive even the worst moments in her life. The relationship between the sisters is an integral part of the story. If you are wondering whether the wonderful Zora in ‘From Scratch’ is based on a real person, here’s what you need to know.

Is Zora Based on A Real Person?

‘From Scratch’ is based on Tembi Locke’s memoir of the same name, and Zora has a real-life counterpart in Tembi’s sister, Attica Locke, who also serves as the co-creator and writer for the Netflix series. She is a prolific author and has written several award-winning novels like ‘Bluebird, Bluebird,’ ‘Pleasantville,’ and ‘Heaven, My Home,’ among others. She was also a fellow at the Sundance Institute’s Feature Filmmaker’s Lab.

The Northwestern University School of Communication graduate is also known for her work on movies and TV shows. She has served as a writer and producer for ‘Empire,’ and worked as a writer for Netflix’s Emmy-nominated series, ‘When They See Us.’ She was also involved in adapting Celeste Ng’s ‘Little Fires Everywhere’ from book to screen and was instrumental in turning Tembi’s memoir, which is based on her life story, into a TV series.

While Zora in ‘From Scratch’ is inspired by Attica, there are a lot of differences between them. In adapting the book for Netflix, it was decided that some changes would be made to the characters to put them at a distance from their real-life versions and give more space for them to evolve on their own. In the show, Zora is a school teacher, and her career trajectory as well as her personal life is a lot different from Attica’s. At their core, however, they are very much the wise, kind, and considerate people that the show paints them to be.

Where is Attica Locke Today?

Apart from this, Attica is also involved in political activism and often talks about it through her social media profiles, articles in various publications, as well as her novels. Much like Zora and Amy, Attica and Tembi are very close to each other and their parents. They moved to LA around the same time and lived next door, helping and supporting each other in their careers. Even now, they don’t live very far from one another, and their daughters have attended the same schools.

Attica also served as Tembi’s emotional support during her husband Saro’s battle with cancer. After his death, it was Attica who convinced Tembi to go forward with the memoir, and it was she who pitched it as a potential project to Reese Witherspoon’s Hello Sunshine. Following her work on ‘Little Fires Everywhere,’ Lauren Neustadter, the head of the company, invited her to talk about future projects. The conversation led Attica to pitch her sister’s yet unpublished book, and the rest is history.

Read More: Does Zoe Saldana Know Italian? Can She Paint or Draw in Real Life?