Who Plays Johanna Leonberger in News of the World? All We Know About Helena Zengel 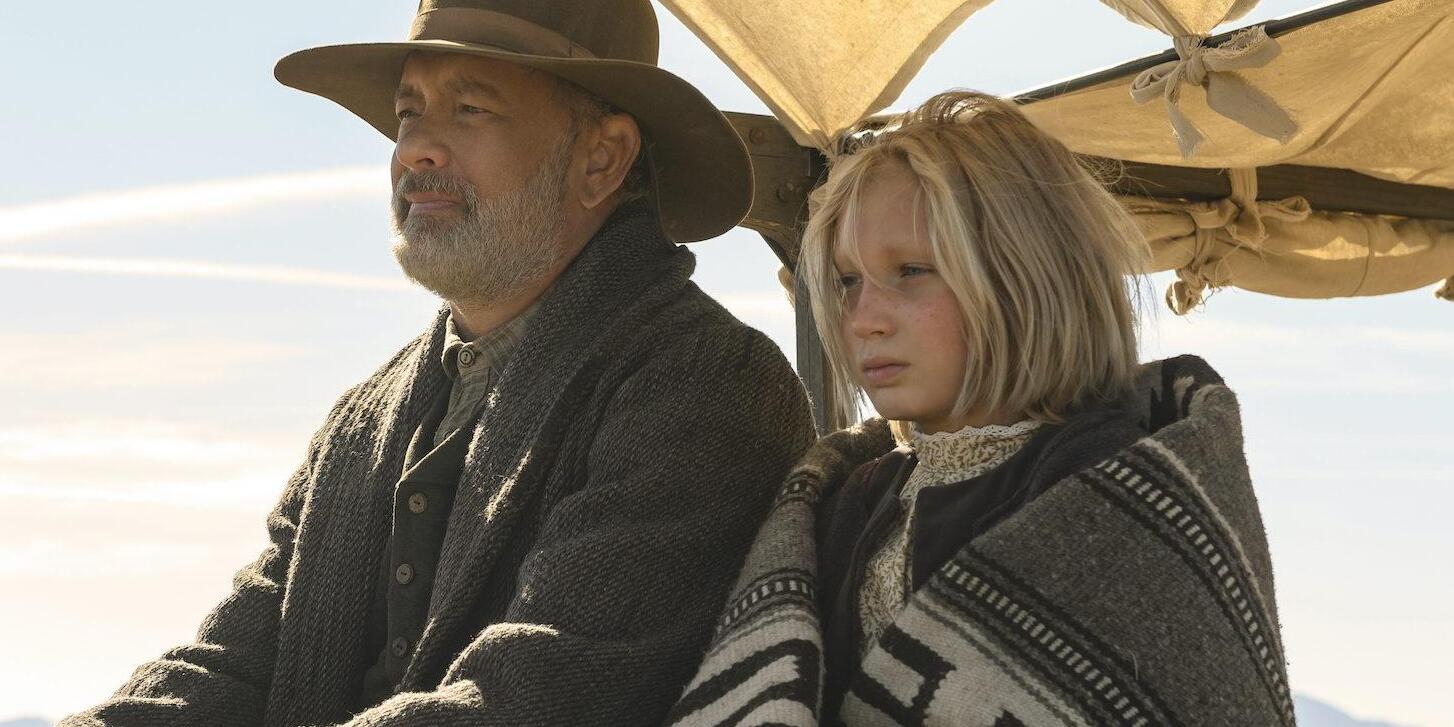 Helena Zengel, a German child actress, plays the second lead alongside the critically acclaimed and commercially successful actor, Tom Hanks, in ‘News of the World.’ The on-the-road Western drama won millions of hearts with its honest depiction of a simple yet riveting tale. It narrates the story of a septuagenarian Civil War veteran, Captain Kidd, who makes it his life’s mission to safely return the fierce and culturally alien Johanna Leonberger to her aunt and uncle in San Antonio.

While Helena’s other hobbies like playing the piano, sewing, or active sports did not partake in her character’s growth, the young star’s passion for horseback-riding made her fit well in the action-packed world created within the movie. But what else do we know about her?

Born on June 10, 2008, Helena Zengel was raised in Berlin, Germany. Her background experience with her Icelandic mare, Helka, and her prior knowledge of horse-back riding came in handy for the role. The tween actress proudly “taught” her award-winning co-star, Tom Hanks, a thing or two about horses. The 12-year-old actress amazed audiences with her impeccable portrayal of Johanna Leonberger, a character that initially leaves their stomach in knots and eventually evokes pathos. 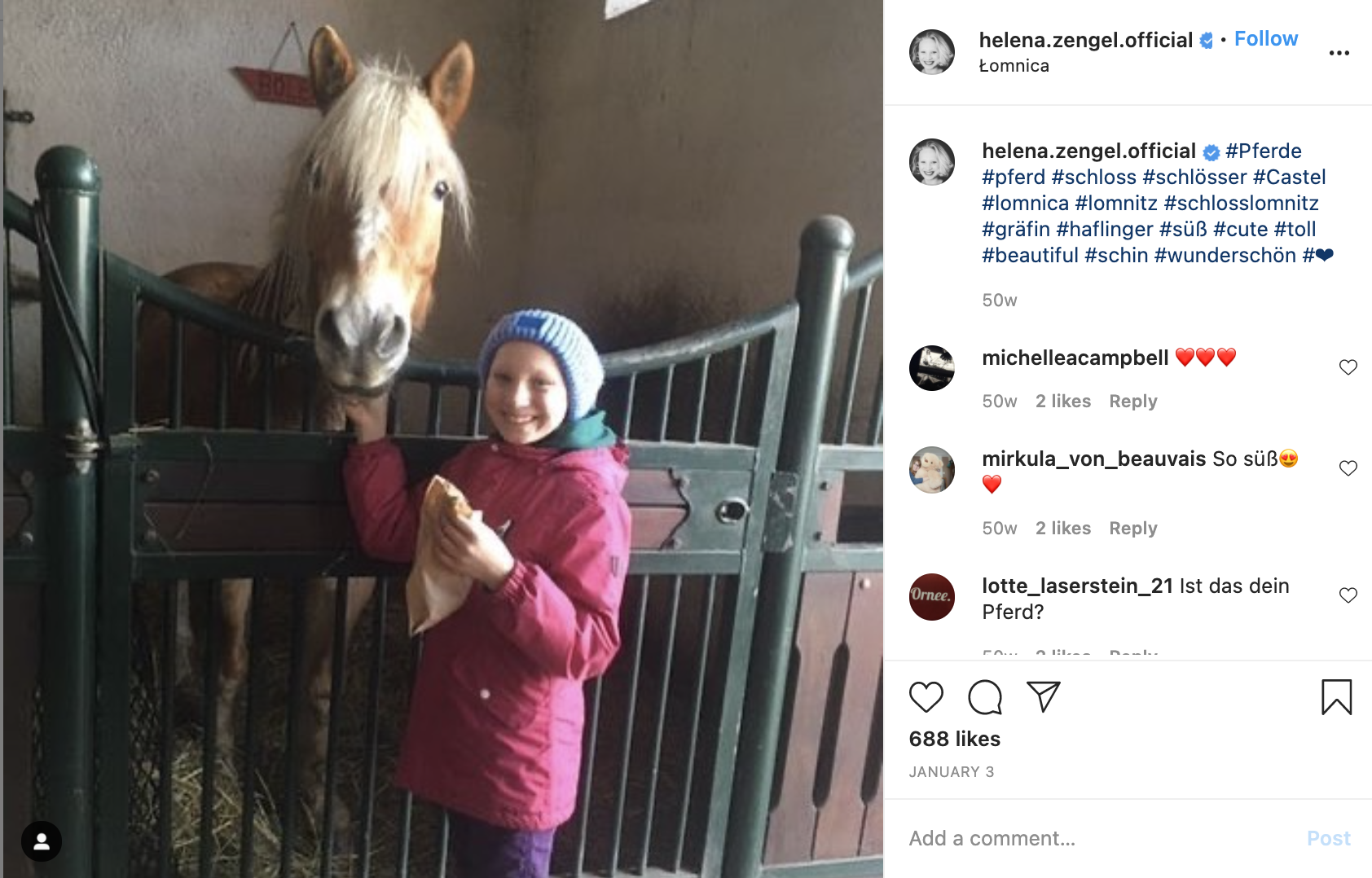 ‘News of the World’ director, Paul Greengrass, was anxious to find a tender-aged youngster who would be able to exhibit a diverse range of emotions that even experienced actors fail to deliver. Though he was prepared for the casting process to be a “long, long search,” Greengrass, fortunately, found Helena sooner rather than later. According to the critical appreciation she received, she clearly surpassed actors of her age and even those who are much older than her in terms of her exceptional acting skills.

Helena Zengel is not only extraordinarily talented but also fortunate to have been born in a supportive family. They recognized her immense love for the performing arts and wholeheartedly supported her to pursue it. Her mother, Anne, has stood by her through the entire process, and some of it has been more demanding than can be expected of a parent. The primary example of this is when the mom of the then-9-year-old practiced scenes of ‘System Crasher,’ which were heavily filled with swear words. 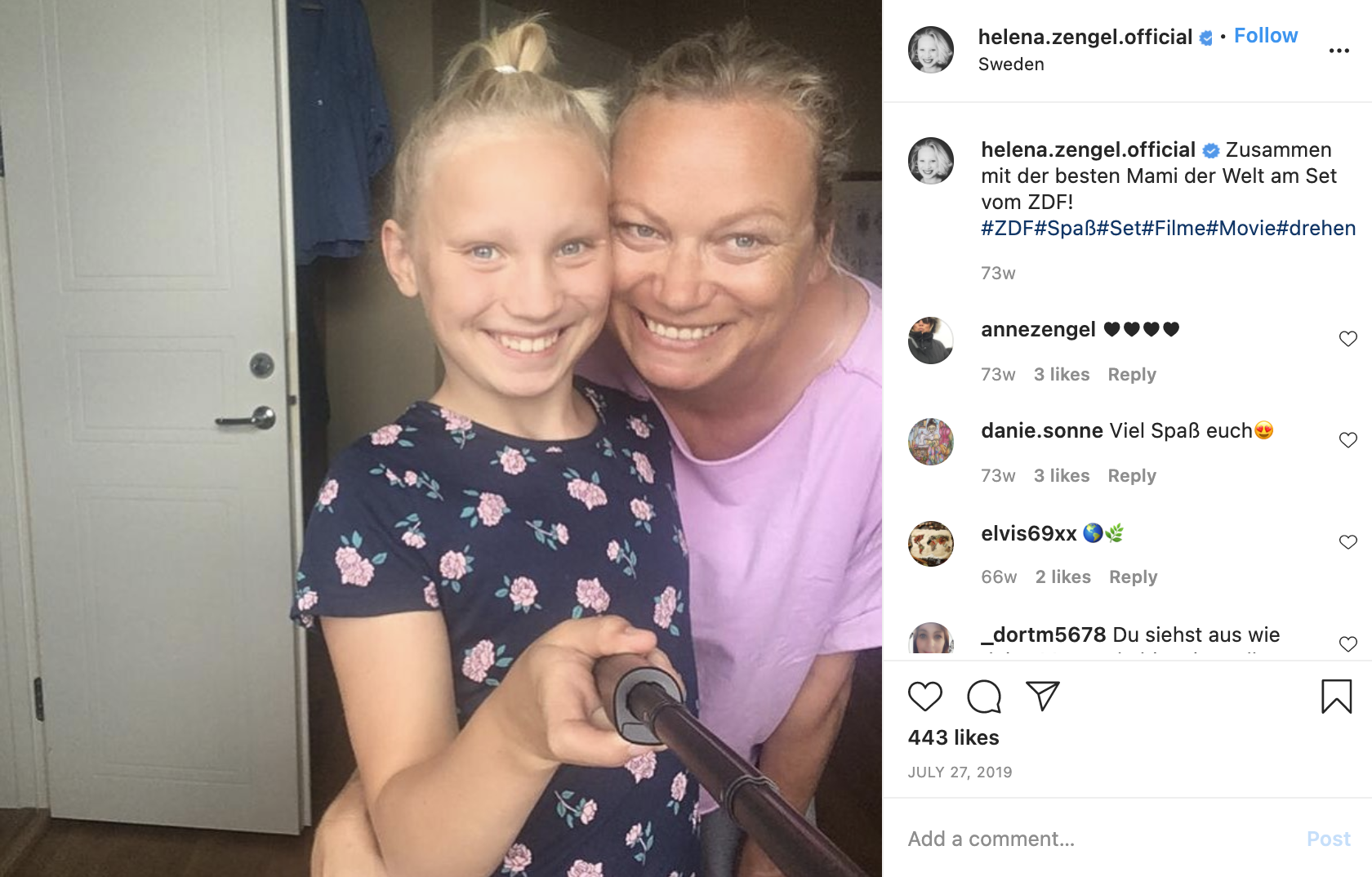 Nora Fingscheidt, who lent her vision to the film, knew the difficulty that any parent would face in allowing their child to be a part of such a project, let alone read the script with them. The ‘Bourne‘ films’ fame director, Greengrass, witnessed something astounding during the audition as he watched Helena bite her “Mama and scream at her” as Anne had stood in for Hanks. The tween is also lucky to have supportive grandparents and often appreciates them on her social media accounts. 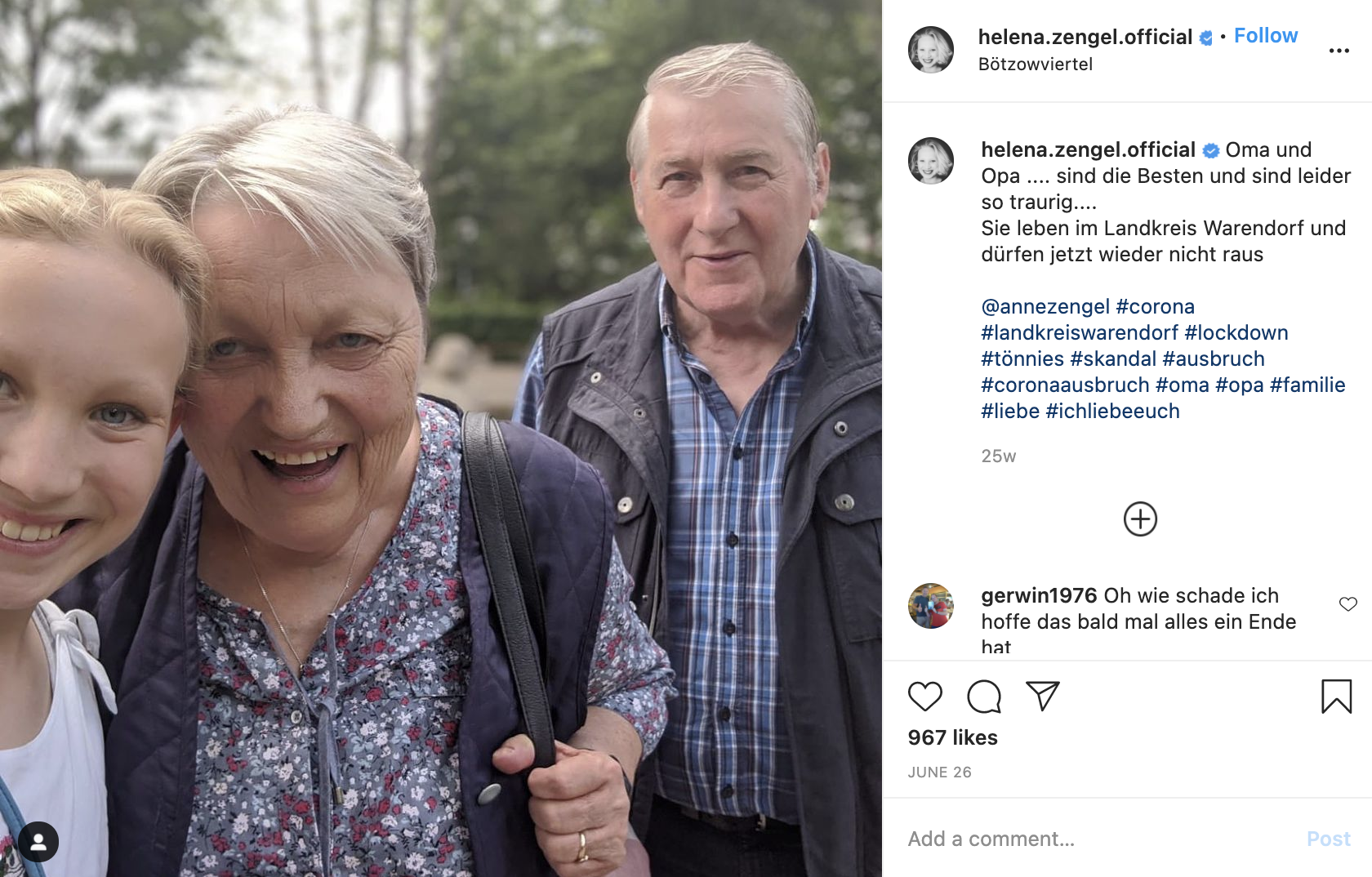 Helena Zengel stepped into the industry at the age of five as she kick-started her acting career with an uncredited appearance in a made-for-television movie, ‘Spreedwaldkrimi: Morderishce Hitze.’ She was also featured in a music video around the same time. Only three years later, she landed the lead role in a drama film, ‘Die Tochter,’ also known as ‘Dark Blue Girl,’ which was released in 2017. 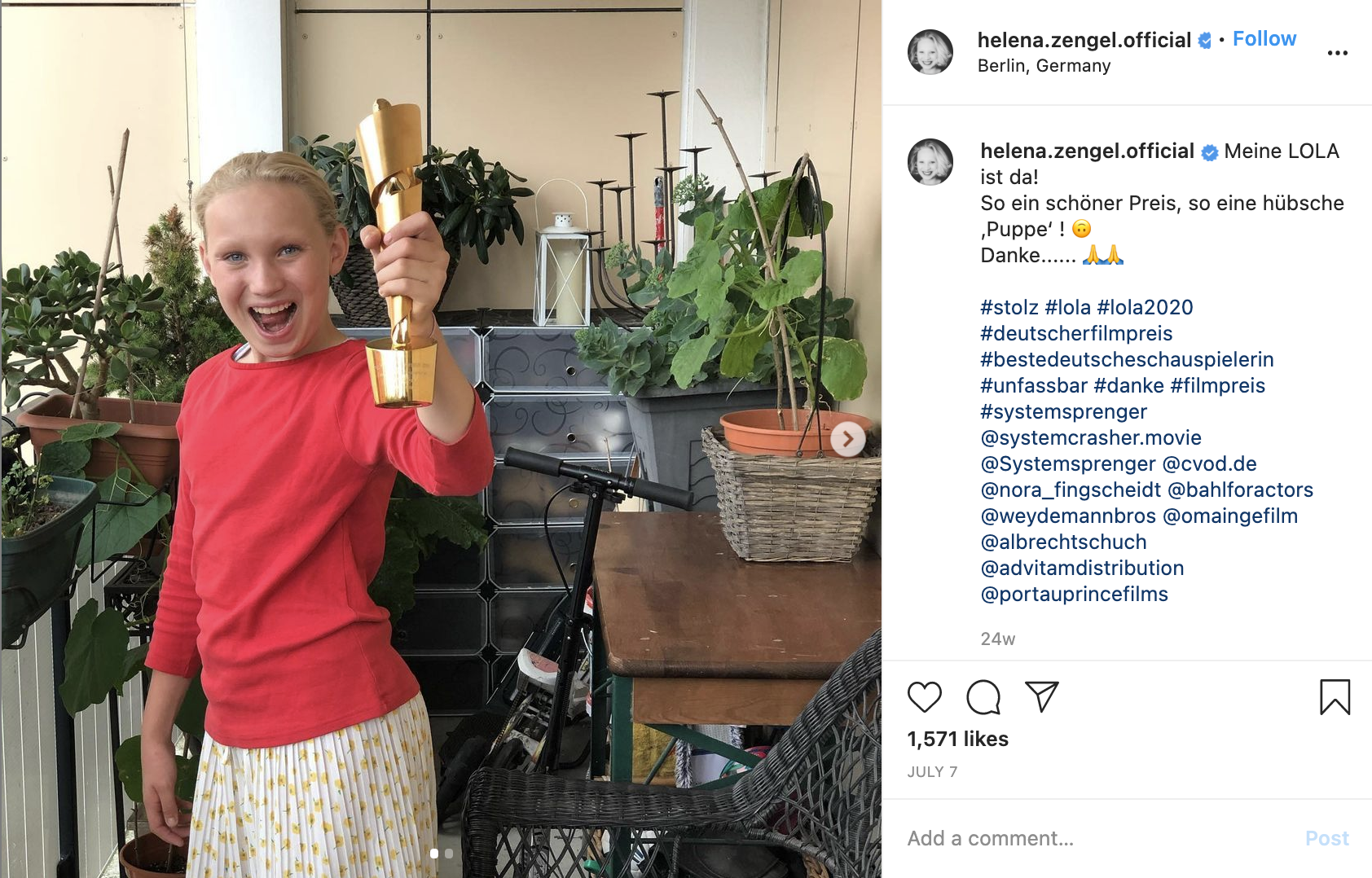 Helena’s breakthrough performance as Benni in Nora Fingscheidt’s ‘System Crasher’ won her a Lola award for “Best Performance by an Actress in a Leading Role.” She is the youngest actress ever to have bagged the prestigious title in 2019. The movie was also Germany’s official submission in the best international feature film category at the 92nd Oscars. Helena’s “sense of mystery” charmed Paul Greengrass during the auditions, and then the audiences worldwide, after the release of ‘News of the World.’

Based on the novel of the same name by Canadian-American writer Paulette Jiles, the movie introduced the already bilingual actress to the language and the culture of Kiowa. In the movie, the tribe adopts (or rather kidnaps) her character, the orphaned Johanna Leonberger, who is rescued by Captain Jefferson Kyle Kidd (Tom Hanks). Signed with the ultra-popular Creative Artists Agency (CAA), Helena is sure to land even more roles that will bring out the best in her. 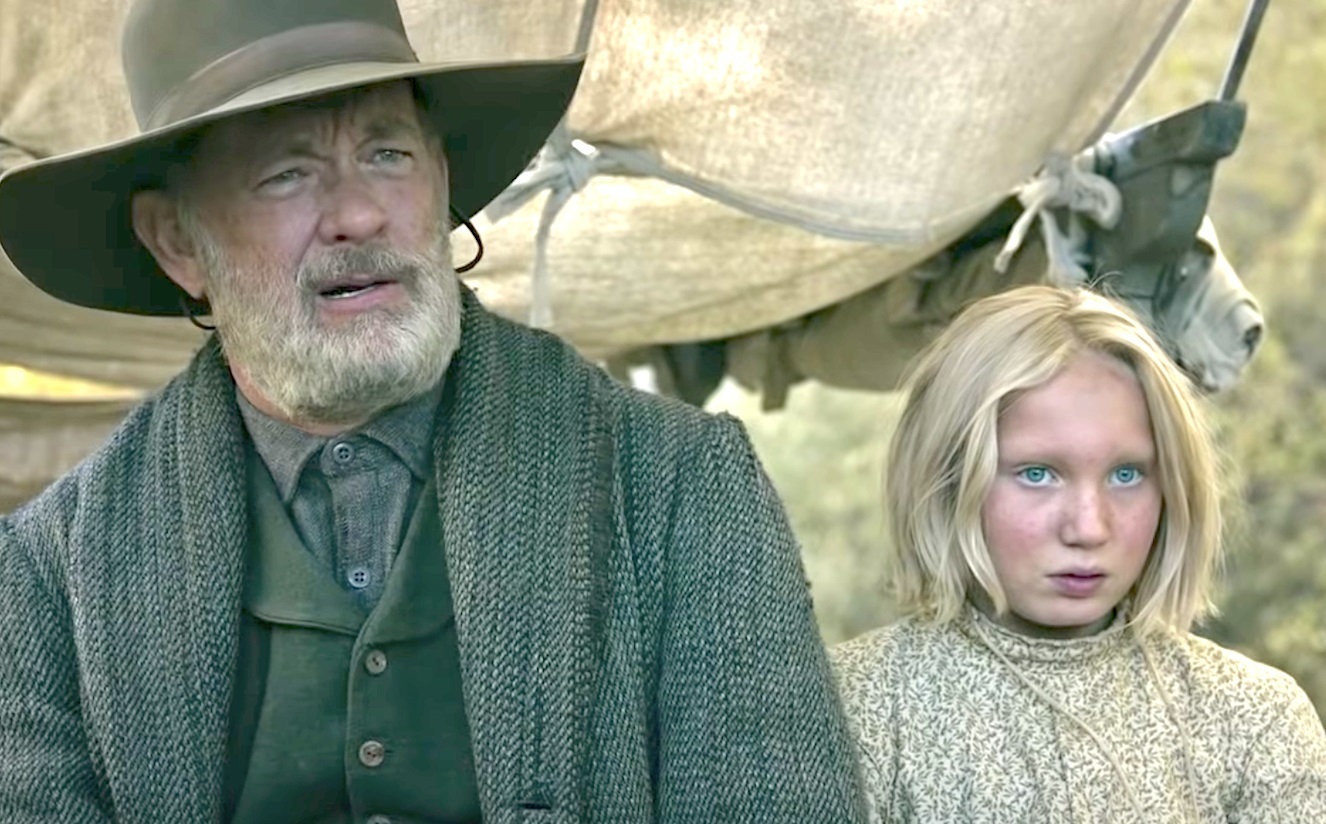 Read More: Where Was News of The World Filmed?