Who Voices Emily and Henry in The Guilty?

‘The Guilty’ is a tense thriller drama set within the confines of the LAPD 911 response call center. Due to serious misconduct on his part, Detective Joe Baylor is relegated to operate the phones for the night. Things seem to bore Joe until he gets a call from Emily Lighton, who claims to be kidnapped by her partner Henry Fisher.

As the audience remains with Joe at the communications center, Antoine Fuqua’s taut thriller plays out over phone calls. Most of the other characters don’t appear in any of the scenes but deliver their entire performances through voice acting. The two characters at the center of the kidnapping— Emily Lighton and Henry Fisher, carry much of the film’s plot just with their voices. Let’s take a look at who voices these characters in ‘The Guilty.’

Who Voices Emily Lighton in The Guilty?

Emily Lighton’s first 911 call answered by officer Joe Baylor (Jake Gyllenhaal) essentially kicks off the film’s plot. In petrified tones, she explains to Joe that she is being kidnapped, all the while pretending to speak to her daughter. However, her abductor Henry, soon realizes that she is on the phone with the police and forcefully cuts the call. Joe is then forced to speak to Henry and initially threatens him with prison. However, it is later revealed that Henry himself is a victim of sorts.

The character of Emily in The Guilty is voiced by Riley Keough. After her debut in the 2010 biographical drama ‘The Runaways,’ she has appeared on a long roster of films, including the big-budget ‘Mad Max: Fury Road’ and the anthology series ‘The Girlfriend Experience,’ for which she earned a Golden Globe Award nomination. Incidentally, Keough is also the maternal granddaughter of actress and businesswoman Priscilla Presley and singer Elvis Presley.

Who Voices Henry Fisher in The Guilty?

The actor behind the voice of Henry in The Guilty is Peter Sarsgaard. He is known for his roles in a range of eclectic films, from whimsical dramas like ‘Garden State’ to more action-oriented ‘Jarhead’ and ‘Green Lantern.’ He even earned a Golden Globe Award nomination for his role in the 2003 biographical drama ‘Shattered Glass.’ Incidentally, Sarsgaard is married to actress Maggie Gyllenhaal, who is Jake Gyllenhaal’s sister. 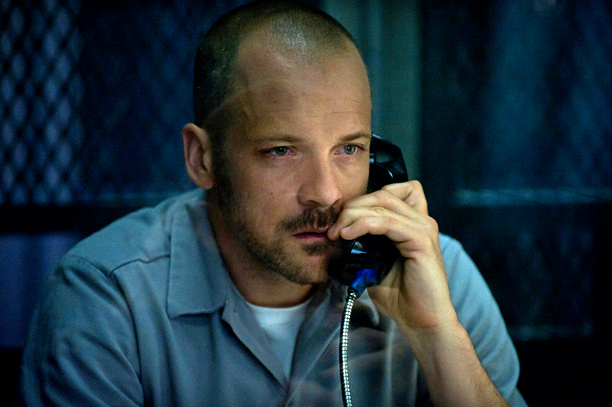 According to the film’s director Antoine Fuqua, the actors were actually on a call with each other during filming. They would sit in separate rooms as the scenes were acted out. Since Henry and Emily are in a van for most of the film, a prop car was also used for the actors to sit inside while they voiced their lines. The calls between Joe and the other characters, which essentially move the narrative forward, were all reportedly shot chronologically as well, which likely added to the authenticity of the film that is set in a frame of a few hours.

Read More: Why Did Henry Kidnap Emily in The Guilty?