Who Was Blake Abbie’s Father? What Was His Net Worth? 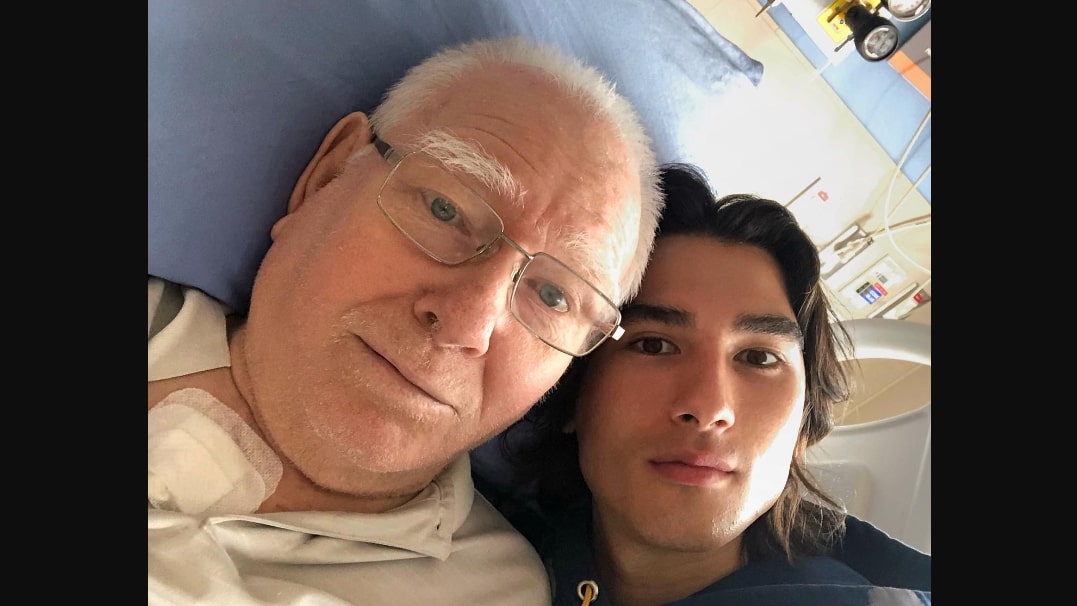 While there’s no denying there are different kinds of capital one can have in life — wheather familial, financial, intellectual, or vocational — it’s incredibly rare for a single individual to have them all. However, as made evident through Netflix’s ‘Bling Empire: New York,’ actor, fashion editor, and reality star Blake Abbie is amongst those fortunate enough to belong in the latter category truly. Of course, this comes with its own set of challenges, yet his journey in the production underscores the fact the human aspect ultimately hurts the most — so now, if you wish to learn more about his late father, we’ve got the details for you.

Who Was Blake Abbie’s Father?

Blake was born on October 30, 1990, in Montreal, Canada, as an only child to the unwaveringly supportive June Wong-Abbie of Hangzhou, China, and Robert Alexander Abbie of Edinburgh, Scotland. The blend of traditional and western has thus always been a massive part of his life, with his parents giving him complete independence to be who he wants to be while still ingraining in him some ideals. The youngster’s father especially seemingly enabled him to garner a sense of assurance, belief, as well as confidence, making it appear as if their relationship was almost unparalleled before the latter’s demise in late 2020.

In fact, per the Netflix original, Robert would never once give Blake any pressure by simply keeping an open line of communication and supporting his life choices as long as they made him happy. His caring, loving mother, June, even asserted her husband would often tell her, “Blake knows what he is doing… When the time is right, he will [move forward to accomplish his goals].” This was in reference to the Chinese-Scottish descendant starting a family, yet the way their own dynamic is illustrated, it’s clear this sentiment also held for everything else, making the Abbies unbreakable.

What Did Blake Abbie’s Father Do?

Robert “Bob” Alexander Abbie was born around mid-June 1934, indicating he sadly spent a significant portion of his early formative years in horror owing to the second world war (1939 to 1945). Nevertheless, even though it left a mark on the world, it seems like he and his family managed to do well for themselves in the years to follow through sheer hard work, dedication, as well as a bit of luck. The truth is he actually relocated from his hometown in Scotland to Canada as a young adult to play professional soccer before eventually evolving into a corporate employee in the 1960s to further his career.

The exact route Robert took from there onwards is unfortunately unclear, but Blake has made it perfectly transparent that his father had donned several hats throughout his 86 years. He once penned, in part, “You’ve [driven] across Europe in a tiny Peugeot, you’ve fished in the most northern parts of Canada, you’ve climbed icy sacred mountains in China— how many lives have you lived? How incredible it is have all your lives as a part of me.” In other words, Robert ostensibly always maintained a rather comfortable standing while supporting both his family as well as his passions without any notable financial worries.

What Was Blake Abbie’s Father’s Net Worth?

Since Blake and his entire family prefer to keep a lot of things private, it’s hard to gauge their individual net worths despite their combined estimate being around $20 million (according to ‘Bling Empire: New York’). Though if we consider all of Robert’s known professional experiences, the fact he seemingly worked hard for a good chunk of his life and appeared content until the end in spite of having to stay in a nursing home and be on dialysis in the last couple of years, we believe his net worth could be in close to $10 million.

Read More: Is Blake Abbie Dating? Does He Have a Partner?