Who Was Ed Asner in Dead to Me? How Did He Die? 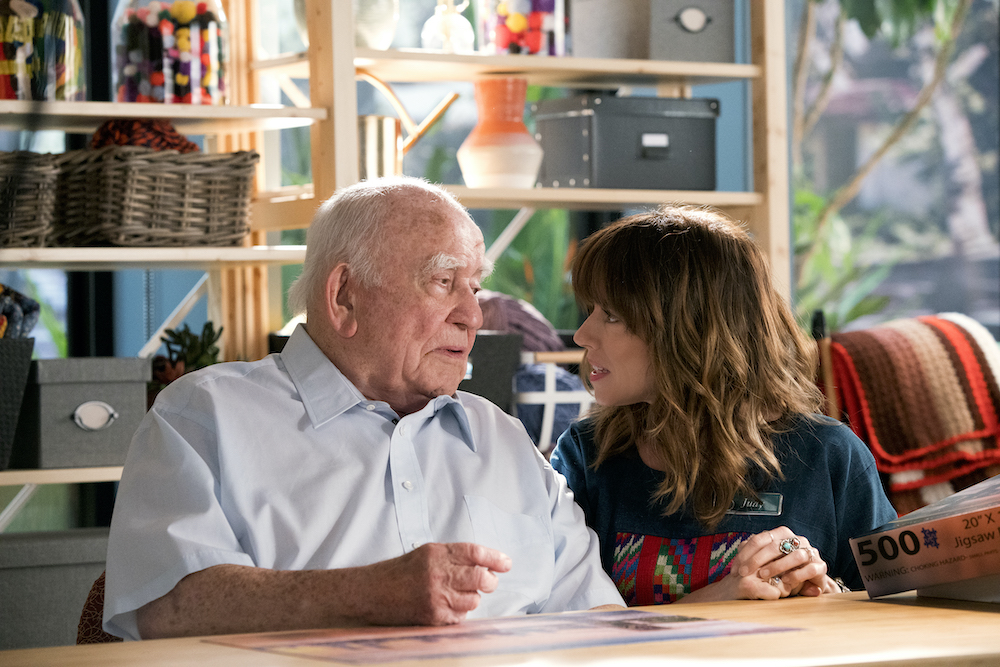 Netflix’s ‘Dead to Me’ wraps up its story with the third season, where Judy and Jen’s misadventures with secrets and murders come to an end. The first episode of Season 3 picks up in the aftermath of their accident, leading to more complications in their lives. The duo weathers many difficult things by the end of the series and remains each other’s constant support system. They also find comfort from their other friends and loved ones. At the end of the first episode of Season 3, ‘Dead to Me’ pays tribute to the actor, who played one such character. This episode is dedicated to Ed Asner. What was his role in the Netflix show and how did the actor die? Let’s find out.

What was Ed Asner’s Role in Dead to Me?

Ed Asner became part of ‘Dead to Me’ in Season 1 as Abe Rifkin. Abe is a retired old man who lives in the care home where Judy works. He is a very friendly and instantly likable person. Throughout the season, he showers Judy with love and always encourages her to do the right thing. He always looks out for her and always lets her know that she is a good person, even in times when she doesn’t feel particularly so. At one point, Abe discovers that Judy killed Jen’s husband, but even then, he comforts her and advises her to tell the truth rather than let Steve push her around in an attempt to keep her secret.

Because he is so lovable and such an important part of Judy’s life, his sudden death in the final episode of Season 1 comes as an emotional punch for Judy and the audience. This revelation comes in the aftermath of Judy’s confession to Jen. She is already at a very low point in her life, and when she discovers that Abe is dead, she breaks down completely. The only comfort that she has is that Abe went peacefully in his sleep and didn’t suffer at all.

How Did Ed Asner Die?

Ed Asner died on the morning of August 29, 2021, due to natural causes. He was ninety-one years old. According to his obituary, in his final moments, he was surrounded by his family at his home in Tarzana, California. He is survived by his four children (Matthew, Liza, Kate, and Charles) and several grandchildren. He is buried in Sheffield Cemetery in his hometown of Kansas City, Missouri, alongside his parents and siblings.

We are sorry to say that our beloved patriarch passed away this morning peacefully. Words cannot express the sadness we feel. With a kiss on your head- Goodnight dad. We love you.

Asner is a seven-time Emmy winner, most of them for his role as Lou Grant in ‘The Mary Tyler Moore Show’ and its spinoff, ‘Lou Grant’. He is one of the only two actors to win an Emmy for portraying the same character in both drama and comedy categories. He is also known for voicing the character of Carl Fredricksen in Pixar’s Academy Award-winning film, ‘Up’. Audiences will also recognize him as Santa Claus in Will Ferrell’s Christmas comedy ‘Elf’, in addition to the many roles he has played over the course of his more than six-decades-long career.

Apart from his work in the movies and TV shows, Asner is also known for his political activism. It is believed that his hit drama ‘Lou Grant’ received a sudden cancellation because of his political views and how he never hesitated in expressing just what he felt to the public. Over the years, he supported several non-profit organizations and remained vocal about his support for the protection of free speech. His work on and off the screen has made him one of the most respected actors in Hollywood, one whose presence is sorely missed.

Read More: Is Judy Gay or Bisexual in Dead to Me?