Who Was Jerry Falwell Sr.? How Did He Die?

Hulu’s ‘God Forbid: The Sex Scandal that Brought Down a Dynasty’ delves into how Jerry Falwell Jr. and his wife, Becki, members of the Evangelical Christian community, were engulfed in controversy in 2020 when personal details of their life became public. The documentary also goes on to explore the Falwell family’s roots. Jerry’s father, Jerry Falwell Sr., was a religious leader and a televangelist who was seen as a powerful figure influential in shaping the fundamentalist Christian right in politics. So, let’s find out more about him then, shall we?

Who Was Jerry Falwell Sr.?

Jerry Falwell Sr. was born with his twin brother, Gene, in August 1933. His father and grandfather were staunch atheists, and Jerry initially didn’t take to religion either. According to Jerry Jr., his father often drank and partied in addition to being part of a local gang. But Jerry Sr.’s mother’s influence led him to attend church. He later said, “It was my mother who planted the seeds of faith in me from the moment I was born.” 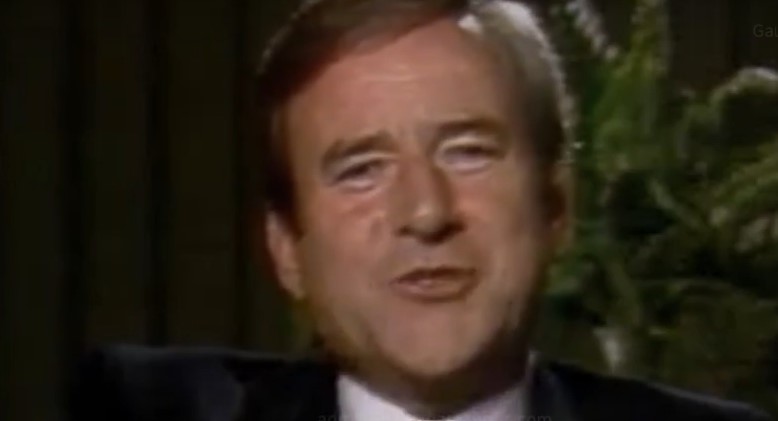 When Jerry Sr. was 18, he chose Jesus Christ and then studied at the Baptist Bible College in Springfield, Missouri, graduating in 1956. He started the Thomas Road Baptist Church in Lynchburg, Virginia, that same year and initially had a congregation of 35 people. He even broadcasted his sermons in ‘Old-Time Gospel Hour,’ a radio show that then grew into a television show on a local network. Eventually, Jerry Sr.’s show was aired both nationally and internationally. He married Macel in April 1958, and they had two sons and a daughter.

In 1967, Jerry Sr. founded the Lynchburg Christian Academy, and about four years later, he founded what would eventually be known as Liberty University, a place where Fundamentalist Christians could go to study. In 1979, Jerry Sr. started Moral Majority, a political organization that helped bring religion into the world of American politics. The group was credited with helping elect conservative leaders like Ronald Regan and siding with other conservative politicians.

Throughout these years, Jerry Sr. remained a divisive figure and was well-known for his anti-abortion, anti-gay rights, and anti-feminism stands. In fact, in 1996, he said, “I believe that homosexuality is moral perversion. I think it is a violation of the laws of nature, as well as the laws of God. I do not think that that gives me permission to be unkind or ungracious to a person who may be living a homosexual lifestyle.”

As if that’s not enough, just days after the horrific 9/11 attacks, Jerry Sr. said on a television show, “I really believe that the pagans and the abortionists and the feminists and the gays and the lesbians, who are actively trying to make that an alternative lifestyle, the ACLU, People for the American Way — all of them who try to secularize America — I point the finger in their face and say, ‘You helped this happen.'”

Jerry Sr. was also a segregationist who unwaveringly promoted right-wing propaganda. However, his son, Jerry Jr., said his father never forced his kids to attend church; his mother, Macel, was a devout Christian. He added, “My mother was the only reason my dad became puritanical.” It’s even imperative to note, Jerry Sr. wanted Moral Majority to unite people with similar moral values despite coming from different religious backgrounds. He thus disbanded the organization in 1989, saying, “our mission is accomplished.”

How Did Jerry Falwell Sr. Die?

Jerry Sr. continued to preach every Sunday, with his sermons retaining a political edge. But he began dealing with health issues in 2005 and was twice admitted to the hospital, once for a viral infection and another for respiratory problems. On the morning of May 15, 2007, the 73-year-old was found unresponsive in his office at Liberty University and rushed to a hospital. Unfortunately, he was pronounced dead an hour later. Jerry Sr.’s physician said he had been dealing with a heart condition, with his possible cause of death being a heart rhythm abnormality.