Who Was Yang Yang Liu? How Did She Die? 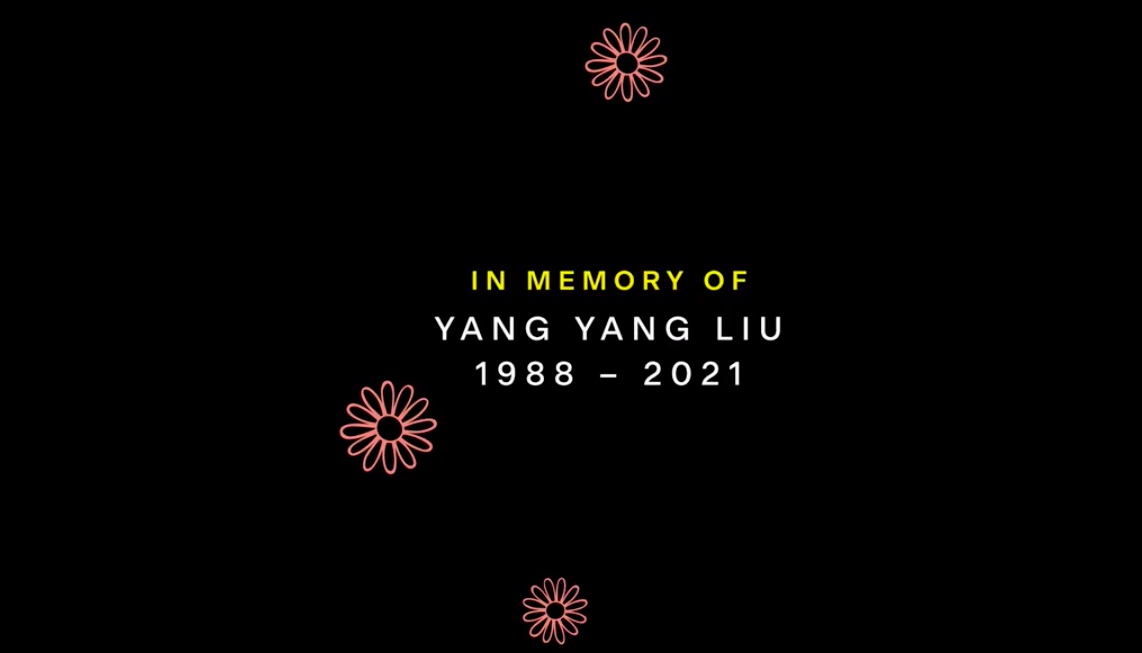 Amazon’s ‘The Summer I Turned Pretty’ is a teen romance drama that follows the life of a 16-year-old girl named Belly over the course of one summer. She is caught in a love triangle between two brothers, Conrad and Jeremiah Fisher. While she has loved Conrad since she was 10, she has no other friend like Jeremiah. As the summer passes by, a personal tragedy lingers in the distance, affecting Belly’s relationship with the Fisher brothers.

The sixth episode of ‘The Summer I Turned Pretty’ season 1 entitled ‘Summer Tides’ is dedicated to the memory of Yang Yang Liu, who passed away in 2021. In case you’re wondering about Yang Yang Liu and what caused her demise, you’re at the right place. Here’s all you should know about her.

Who Was Yang Yang Liu?

Yang Yang Liu was a senior manager with the Original Series Content Strategy team at Amazon Studios. A graduate of UC Berkeley, she received her MBA from the Wharton School of Business in 2017. She had always been passionate about working in the media industry, and after working as an investment banker for Morgan Stanley for over 3 years, Yang Yang decided to turn her career toward her passion. After working at VISTRA for a few years, she landed the role of the Corporate Development and Strategy Intern at Lionsgate and later moved on to working with Freeform in Strategy and Business Development.

Eventually, Yang Yang landed a coveted position with Amazon Studios in April 2020 and continued to work there till her passing. She is remembered by people close to her as a passionate person who inspired and encouraged others to follow their dreams. Courtney Hayward, while raising funds for her on Go Fund Me, described her as “a force, [..] brilliant, kind, generous, disarmingly witty, and fiercely dedicated. Her passing leaves a tremendous void, and we will not be the same without her.”

How Did Yang Yang Liu Die?

Yang Yang Liu passed away on November 26th, 2021. At around 11 am, the 33-year-old was on her usual morning run about one-and-a-half-mile from her residence when a BMW 328i collided with her at the intersection of Allen Avenue and San Pasqual Street in Pasadena, California. She succumbed to her injuries on the spot. When Yang Yang didn’t return home by noon, her husband, Joseph “Joe” Wirija, texted her. When she didn’t reply and two more hours passed, he tried calling her.

It wasn’t until around 5 pm that a police officer picked up the phone and came around to Joe’s house an hour or two later to tell him what had transpired. Later, 20-year-old Austin Wong was arrested by the police at his home in Pasadena. He was booked on suspicion of felony vehicular manslaughter, with bail set at $50,000. It was also confirmed by Pasadena Now that Wong didn’t flee the scene but stayed and cooperated with the cops.

Wirija lamented that it was too short a marriage with Yang Yang. “She was definitely my soulmate; she was everything to me,” he told LA Times. “I should have asked a lot more questions at that point, but I just blanked out,” he said, adding that he wouldn’t want another person to go through what he and Yang Yang’s family and friends had to go through. “She was a very strong and brilliant woman, a great wife and daughter,” he said.

In her memory, Yang Yang’s family and friends have created a $150,000 Wharton Women in Media scholarship, to support the careers of women in the media space. They want to continue her legacy through the scholarship. Remembering her fondly, her friend Sriranjani Srikumar said to El Estoque, “She didn’t care what life threw her way. She handled them effortlessly, and she was clearly immensely invested in her friends’ happiness.”

Yang Yang is affectionately remembered by all of her family, friends, and acquaintances, each of whom sees her as a dedicated person who enjoyed life at every turn. Her untimely demise has saddened them, but they are also thankful for the times they spent with her and the memories they made. And, in the end, that’s all that counts.