Why Did Allie Lutz And Doug Reinhardt Break Up? 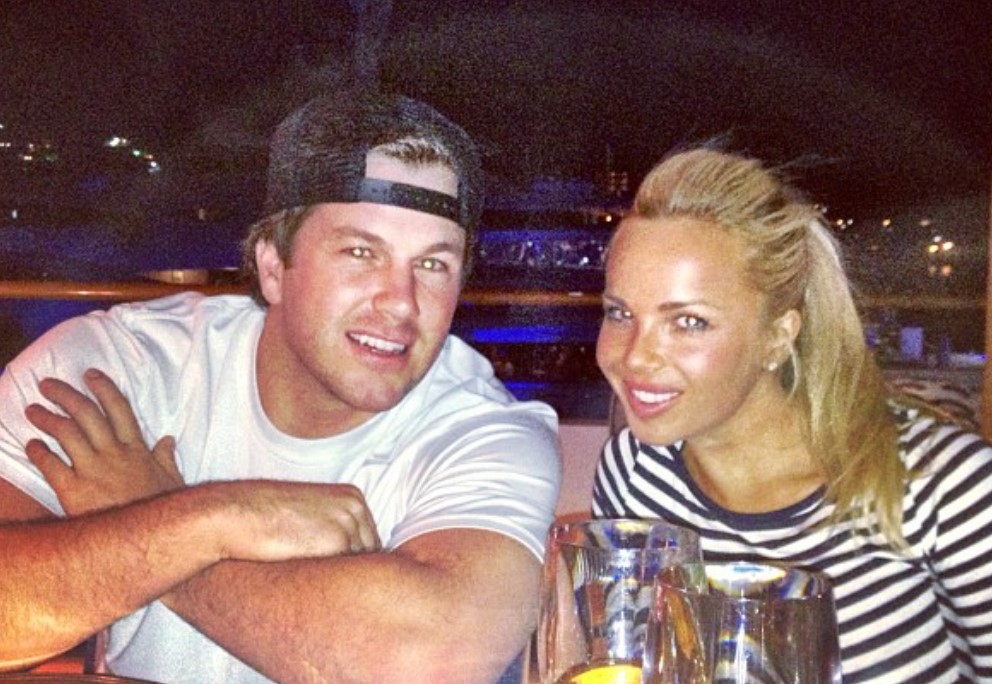 Given her recent feature in Netflix’s ‘Buying Beverly Hills,’ the general public is quite curious about Allie Lutz, who actually often goes by her married name Allie Lutz Rosenberger. As one of the top realtors at The Agency global brokerage’s headquarter office, her professional life is explored quite a bit in the reality show, but it does leave fans wondering about her personal experiences. They are especially more drawn into her past connection with ‘The Hills‘ co-star/former baseball player Doug Reinhardt — Did the two ever date? What was their relationship? Have they still maintained it? Well, we are here with all the answers for you!

Allie Lutz and Doug Reinhardt were reportedly once high school sweethearts. However, things changed, and soon the latter’s professional baseball career took off. Thanks to his athletic performance for the Angels of Anaheim and Baltimore Orioles, along with his television appearances, he undeniably became a household name around the late 2000s. Doug’s romantic interests thus certainly became of much interest to the people, especially as he got involved with celebrities like Lauren Conrad, Amanda Bynes, and Paris Hilton.

Yet, when Allie and Doug rekindled their relationship, it genuinely appeared as if they could last forever owing to their smooth-sailing bond. The former even appeared in a few episodes of ‘The Hills’ and managed to garner her fair share of fan following thanks to her sheer charm. Though, it wasn’t until January 2013 that the couple announced just how serious they were about one another to the world. On January 6, 2013, Allie shared a post, as seen above, giddily showing off her massive, sparkling engagement ring, with Doug lovingly kissing her on the cheek.

“I proposed to her on a yacht in Anguilla that we rented for New Year’s,” Doug candidly told Us Weekly. “We went island to island between St. Martin, St. Barts, and Anguilla.” They were both obviously over the moon with this new development, and even their admirers were happy about the same! Allie herself seemed eager to become a bride and could not wait to walk down the aisle. But did the couple really tie the knot? Let’s dive right in and find the answers.

Why Did Allie Lutz And Doug Reinhardt Break Up?

Unfortunately, Allie Lutz and Doug Reinhardt privately parted ways a few months into their engagement. Therefore, this news did not catch the eye of the public until the latter actually began dating Lucy Mecklenburgh in September 2013. So while the exact reasons behind the couple’s split have not been disclosed, we do know that they were together in early July 2013, only for Allie to seemingly switch residences in the latter half of the month.

If we’re being honest, it looks like the breakup has worked out well for them both. As of writing, Allie Lutz is happily married to Keegan Rosenberger, the proud Co-Founder/CEO of Cavalry Media. The couple has three adorable daughters, Georgia, Teddie, and Scottie. The latter recently celebrated her very first birthday, much to the joy of the entire Rosenberger family.

As for Doug, he too got married in October 2017, but the union reached a bitter end after his wife Natalie Sutton was arrested on April 28, 2018, for allegedly physically assaulting him. Nevertheless, in happier news, in July 2019, Doug welcomed twin boys Maverick and Beau with fiancée Mia Irons. We thus can’t wait to see how this new couple will proceed next, but we do continue to wish them, as well as the Rosenberger’s, all the love, light, laughter, and liveliness in the world.

Read More: Who is Allie Lutz Rosenberger’s Husband? Does She Have Kids?