Why Did Batsheva Haart and Ben Weinstein Divorce? 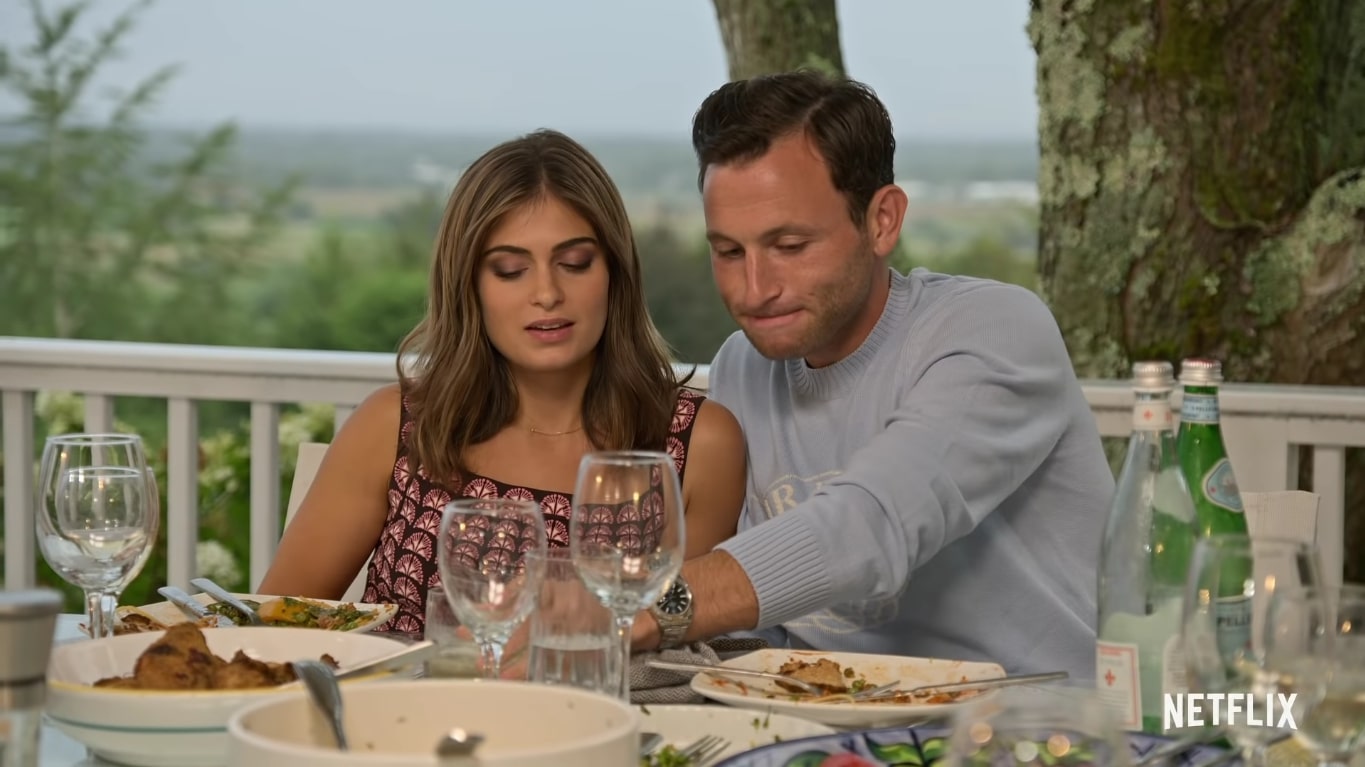 Although there’s no denying every marriage goes through its fair share of ups and downs, some do ultimately fall apart when the individuals involved realize they can not see eye to eye anymore. It’s unfortunate and sad, but it’s also rather necessary, which, as it turns out, is what happened between ‘My Unorthodox Life‘ reality stars Batsheva “Bat” Haart and Binyamin “Ben” Weinstein. So now, if you wish to learn more about the same — their troubles, the precise reason behind their divorce, as well as their current possible standing — we’ve got the necessary details for you.

Why Did Batsheva and Ben Part Ways?

It was reportedly back in the early 2010s that Bat first came across Ben, just to tie the knot soon after following a whirlwind romance within their ultra-orthodox community in Monsey, New York. The former was merely 19 at the time, yet she willingly took this step per societal norms in order to establish a “proper” physical connection and build an actual life with her best friend-turned-love. It thus comes as no surprise the couple had a few issues during their initial years, but real trouble only arose once they moved to the “real” world in Manhattan and developed a more modern outlook. 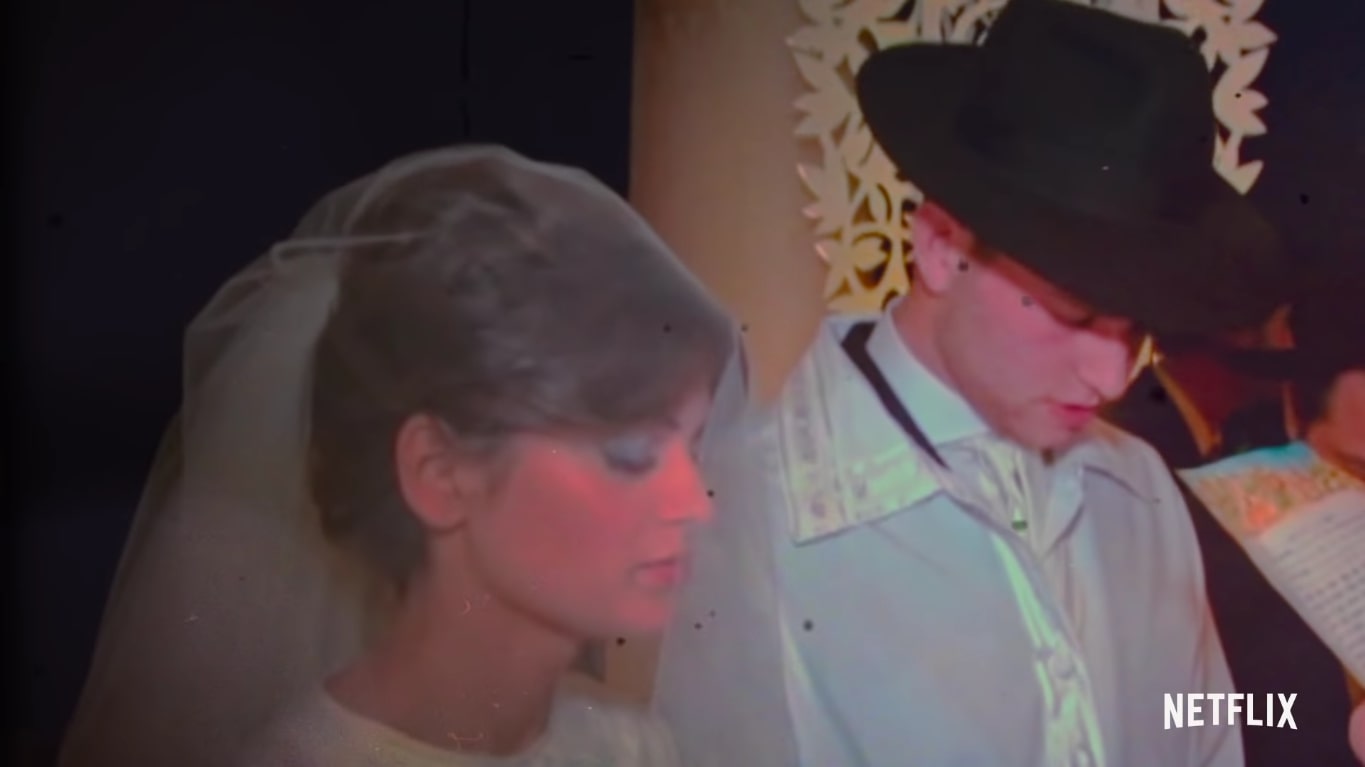 As per the show, while Ben remained quite religious in terms of the Jewish practices as well as beliefs he heeded, his wife found herself gradually moving away from everything for pure independence. Their problems thus ranged from Bat’s desire to wear pants in public to work-life balance to family planning — it did seem like they were able to reach the middle ground at first, yet it didn’t last long. We can confidently assert this because season 1 explicitly implied the couple was ready to compromise and match the other’s timeline, but they’d separated by the time season 2 rolled around.

In fact, it was on November 18, 2021, four months following the series debut, that Bat and Ben announced their split through a shared statement on their social media accounts. It read, “After time and consideration, we have made the decision to separate. We have so much love and respect for each other but have realized that it is time to take some space to ensure that each of us lives the most joyous, fulfilling lives possible. There are no secrets nor salacious events to blame. We are just two best friends who met at a very young age and have grown over the past 9 years, each in our own way. We so appreciate your continuous support as we embark on upon this new chapter of our lives, separately.” 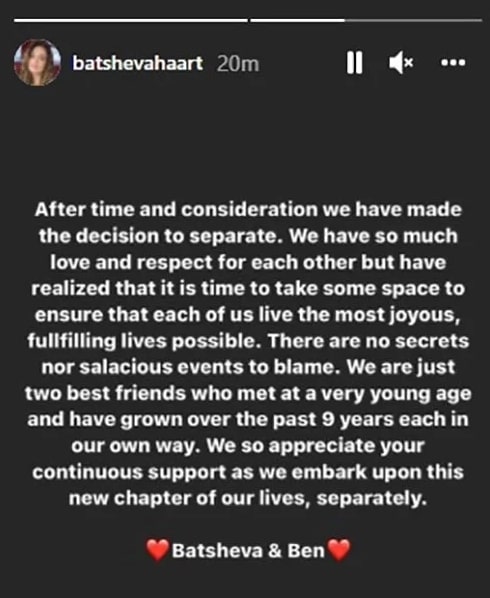 By this point, the couple had already opened up more about their union on Bat’s YouTube channel (in August), with her then-husband explaining, “I don’t regret getting married young because of who I married, but I would not recommend…” The digital creator actually seconded this before adding, “I never like to say I regret anything in my life, but if circumstances happened again, I definitely would not get married so young. Getting married at 19 is too young.”

As for the precise reason behind their divorce, Bat made it clear in season 2 of the production by candidly stating, “It was a really hard decision for Ben and I to split up because we’ve always been best friends, and like honestly, we just got married at 19. We both went from ultra-religious to modern orthodox. And then, at 28, we both wanted different futures. His vision was to have a modern orthodox family, and to keep full Shabbat, and to eat full Kosher.”

“That’s just not what I want,” she continued. “I realized that for a little while, I was just doing everything out of respect for him. I’m not really religious anymore. I don’t want to raise a family that way. For a while, I was like, ‘If you love me, you would want this lifestyle.’ But then I realized why should I ask him to change what he wants because I wouldn’t want him to ask me to change either.” Bat and Ben hence parted ways on amicable terms, and it appears as if they remain that way to this day – they’re not actively in touch, but there’s no bad blood either.

Read More: Are Miriam Haart and Nathalie Ulander Still Together?