Why Did Georgia Kill Kenny in Ginny & Georgia? 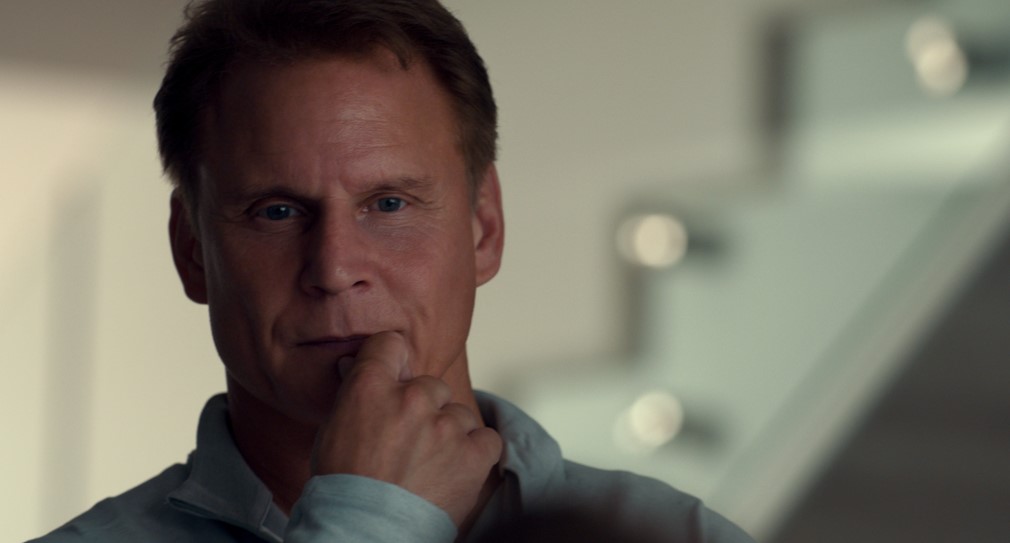 Netflix’s ‘Ginny & Georgia’ tells the story of the two eponymous characters, Virginia “Ginny” (Antonia Gentry) and Georgia (Brianne Howey as adult and Nikki Roumel as teenager), who arrive in the fictional town of Wellsbury, Massachusetts, along with Austin (Diesel La Torraca) to start a new life. But before Wellsbury, they had a life in Houston, Texas, with Kenny Drexel (Darryl Scheelar), a yoga studio chain owner. Although he appears briefly in the pilot episode of the series, his death has a rippling effect on the narrative. He was Georgia’s last husband before she moved to Wellsbury and stepfather to Ginny and Austin, and Georgia kills him at the start of the series. Here is everything you need to know about it. SPOILERS AHEAD.

Why and How did Georgia Kill Kenny?

At the start of the series, Ginny and Georgia are doing yoga, and Kenny walks into the room, asking if the dinner is ready. After Georgia leaves to check on it, Kenny turns his attention to Ginny and advises her to improve her form. When he puts his hands on her on the pretext of adjusting her stance, Ginny tells him to stop, but Kenny doesn’t listen. Georgia sees this and walks in, declaring that the dinner is ready.

Georgia, whose original name is Mary Reilly, had a horrible childhood. She was sexually abused by her stepfather, Ed Atkins, and her mother, Daisy, did nothing to stop it. When Mary was 14 years old, she fled home, got involved with the biker gang Blood Eyes, and met Zion. When she was 15 years old, she found out that she was pregnant at a roadside stop. It is here that she would also meet a young Joe, an encounter that would impact both their lives. She saw Joe and other students from his school and realized that, unlike her, they were safe and happy in their lives. On that day, she decided to devote her life to giving her child that sense of safety and happiness.

Kenny’s actions toward Ginny are what sealed his fate. Georgia spent her childhood wishing her mother would stop Ed, but she never did. Determined not to be like her mother, Georgia decides to act. She puts wolfsbane poison in Kenny’s protein smoothie and hands it to him. He sips on it as he drives away from their house, has a heart attack, and ends up in a car crash.

After Kenny’s death, as Georgia, Ginny, and Austin move to Wellsbury, Kenny’s former wife, Amber Lynn Driscoll, hires lawyers to prevent Georgia from accessing Kenny’s will. Sensing that foul play was involved in Kenny’s death, Amber Lynn hires Private Investigator Gabriel Cordova (Alex Mallari Jr.) to look into the matter. Gabriel spends a considerable time trying to unravel the mystery that Georgia has weaved but has nothing to show for it. He correctly deduces that Georgia used wolfsbane poison to kill Kenny, but when he gets the authorities to exhume Kenny’s body for further investigation, he discovers it’s missing. What he doesn’t know is that Blood Eyes has gotten rid of the body.

Ginny discovers the truth about how Kenny died, which becomes one of the reasons for her to leave Wellsbury with Austin on Marcus’ motorcycle and going to Boston to stay with her father at the end of season 1. After Ginny finally comes home in season 2, Georgia eventually decides to tell her why she killed Kenny. Although a part of Ginny is relieved that her mother isn’t the greedy cold-blooded killer she thought Georgia was, she still struggles with the fact that Georgia killed Kenny to protect her, which impacts her mental health.

Read More: How Did the Police Find Out that Georgia Killed Tom Fuller in Ginny & Georgia? Theories