Why Did Jason Oppenheim and Chrishell Stause Break Up? 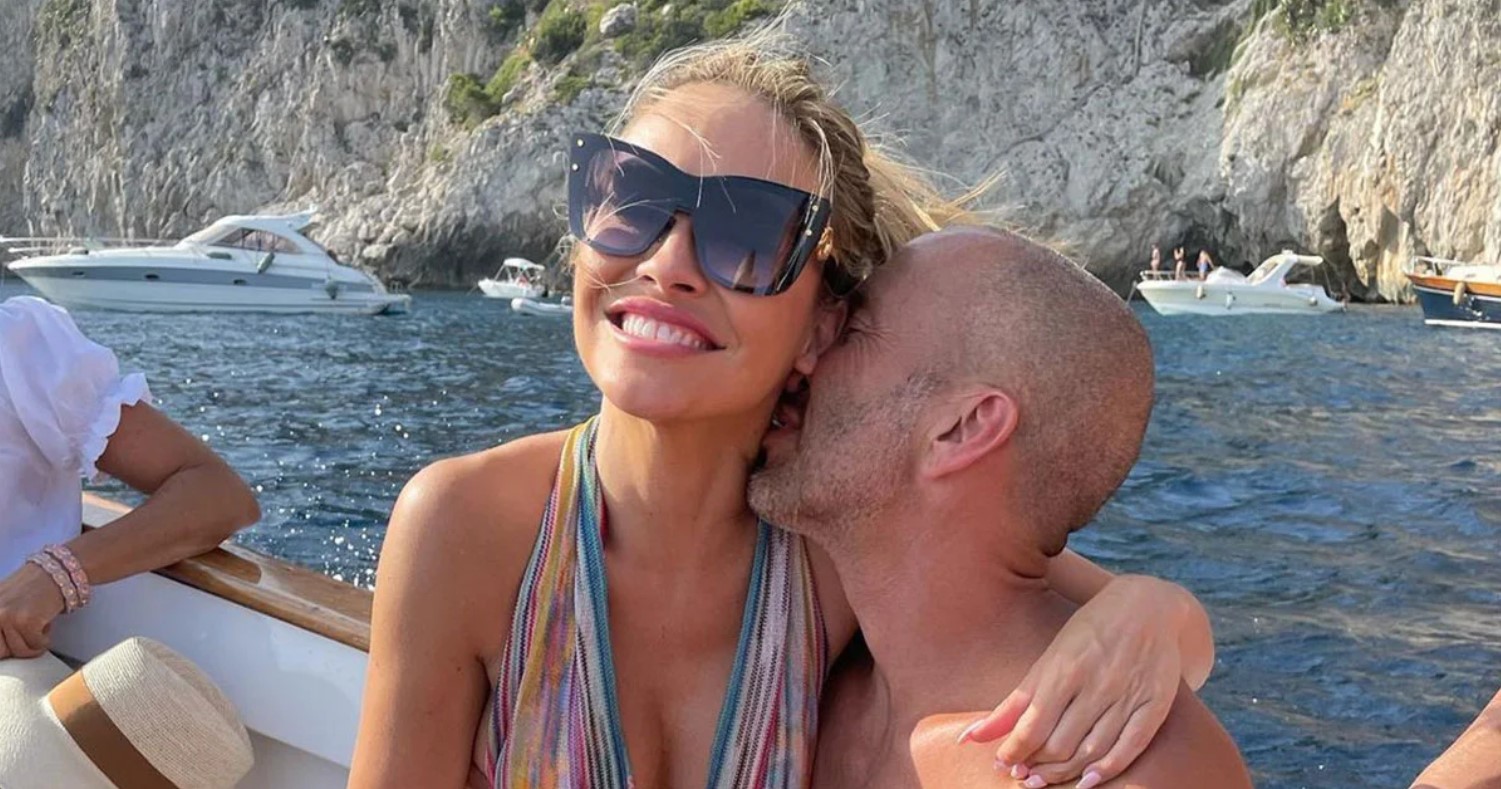 ‘Selling Sunset‘ is an exciting TV show that revolves around the lives of several top-rung real estate agents who are all employed by the Oppenheim Group. As the real estate business is quite lucrative, especially in Los Angeles, the agents on the show spend their days in luxury while precariously balancing their personal and professional lives. Nevertheless, ‘Selling Sunset’ also throws in a healthy amount of drama and romance from time to time, making it a thrilling watch.

One of the co-founders of the Oppenheim Group, Jason Oppenheim, had been dating real-estate agent Chrishell Stause for quite some time. Their relationship was documented in season 5 of the show, and fans were in awe of their chemistry. However, with the cameras now turned away, people are curious to know if they are still together. Let’s find out, shall we?

Jason and Chrishell met for the first time in 2018 when the latter joined the Oppenheim Group. Yet, there was no question of a romantic relationship at that time as Chrishell was still married to her ex-husband, Justin Hartley. On the other hand, Jason had a past with fellow ‘Selling Sunset’ star Mary Fitzgerald and was of the opinion that dating another co-star would not be a good idea. Chrishell and Justin split up in November 2019, and towards the tail-end of 2020, there were speculations about the real-estate agent dating her ‘Dancing With The Stars‘ partner, Gleb Savchenko. 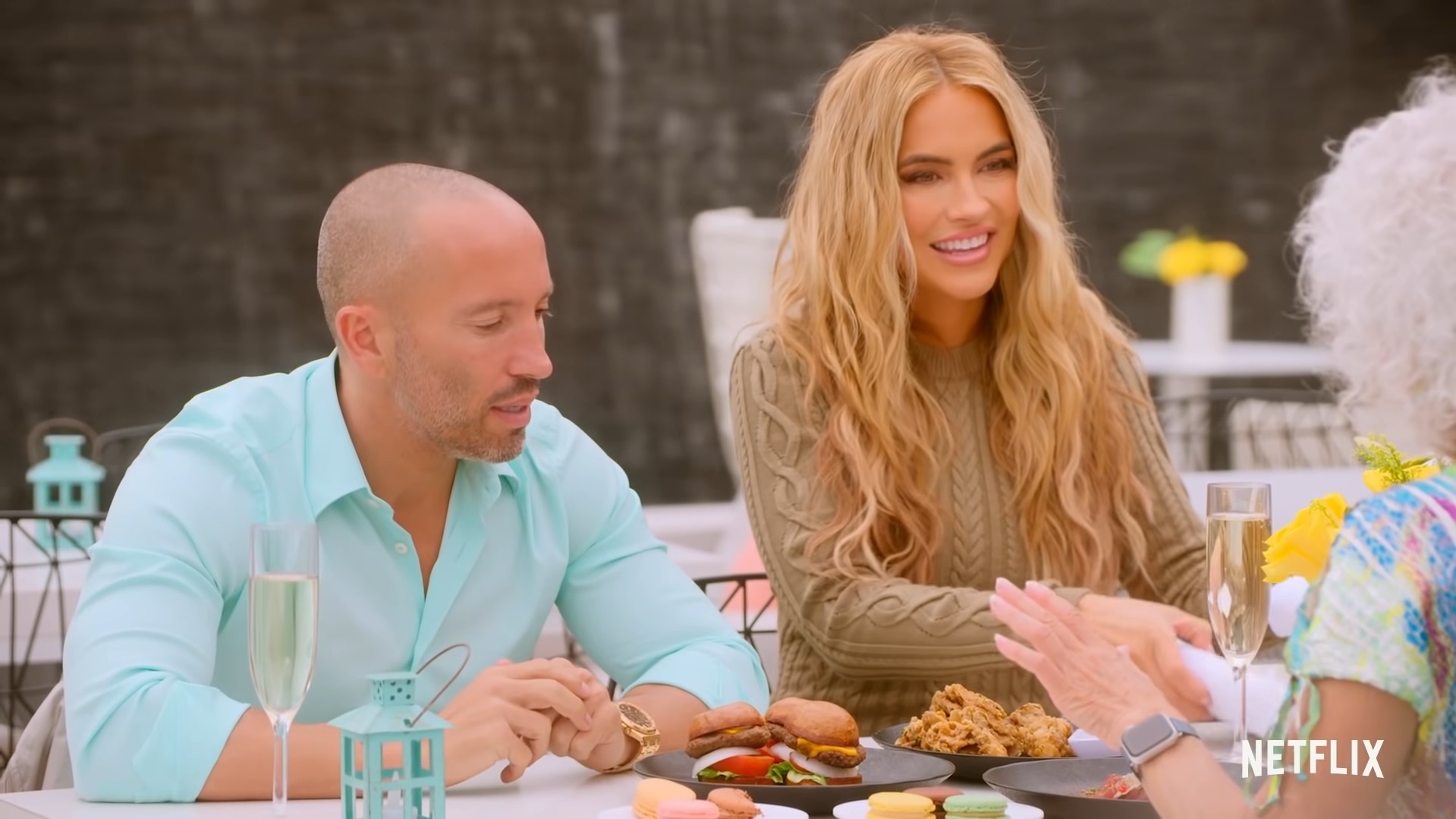 Although that rumor was baseless and soon discredited, Chrishell did date Keo Motsepe for a few months before breaking up in February 2021. Since then, Chrishell began focusing on her real-estate business and made quite a name for herself in the industry. Moreover, she was also considered a fan-favorite cast member on ‘Selling Sunset’ and seemed to enjoy the attention. Although Jason mentioned that he did not want to date another co-star, he and Chrishell began getting closer while working together and finally confirmed their relationship in July 2021.

Even Jason’s ex and Chrishell’s best friend, Mary, spoke out in favor of the relationship, and it seemed like they were meant for the long run. In the months that followed, Jason and Chrishell often featured on each other’s social media platforms and also undertook several trips together. They appeared to be very much in love, and it was wonderful to witness their commitment to each other. Jason’s twin brother, Brett Oppenheim, also congratulated the pair and expressed his support.

Talking about their relationship in a 2021 interview with US Weekly, Jason mentioned how his and Chrishell’s friendship made their relationship stronger. He further went on to state that they were completely open with each other and knew exactly what the other wanted, which made building a caring connection all the more effortless. Jason did state that Chrishell wished to keep the relationship under wraps initially.

Praising their connection and understanding, Jason expressed, “I think we’re pretty open and pretty honest about our relationship and where we are and the things that we’re talking about. When we’re together on camera and off-camera, it’s easy for us to just be open and honest, because I think there’s a lot of trust there.” Their bond seemed unbreakable; thus, fans were downright shocked when reports confirmed Chrishell and Jason’s breakup before Christmas 2021.

Why Did Jason Oppenheim and Chrishell Stause Break Up?

When Jason Oppenheim and Chrishell Stause finally decided to talk about their breakup on social media, they revealed that they both had different aspirations when it came to building a family. Besides, reports mentioned that the two had differing views on children, which led to their split. Talking about the breakup on social media, Jason said, “While Chrishell and I are no longer together, we remain best friends we will always love and support one another. She was the most amazing girlfriend I’ve ever had, and it was the happiest and most fulfilling relationship of my life.”

Jason went on to explain that they had different wants when it came to a family, which is why they decided to go their separate ways. On the other hand, Chrishell seemed quite disappointed as she took to Instagram and claimed that men have the luxury of time that women do not and that she was trying her best to see herself through the tough times.

Interestingly, Jason and Chrishell remained good friends, and the former even supported the real-estate agent during a book-signing event in February 2022. Moreover, reports claimed that the two are still very much in love with each other. Although only time can tell if they will ever patch up, we would like to wish both Jason and Chrishell the very best for the years to come.

Read More: Why Did Brett Oppenheim and Tina Louise Break up?