Why Did Marilyn Monroe and Arthur Miller Divorce? 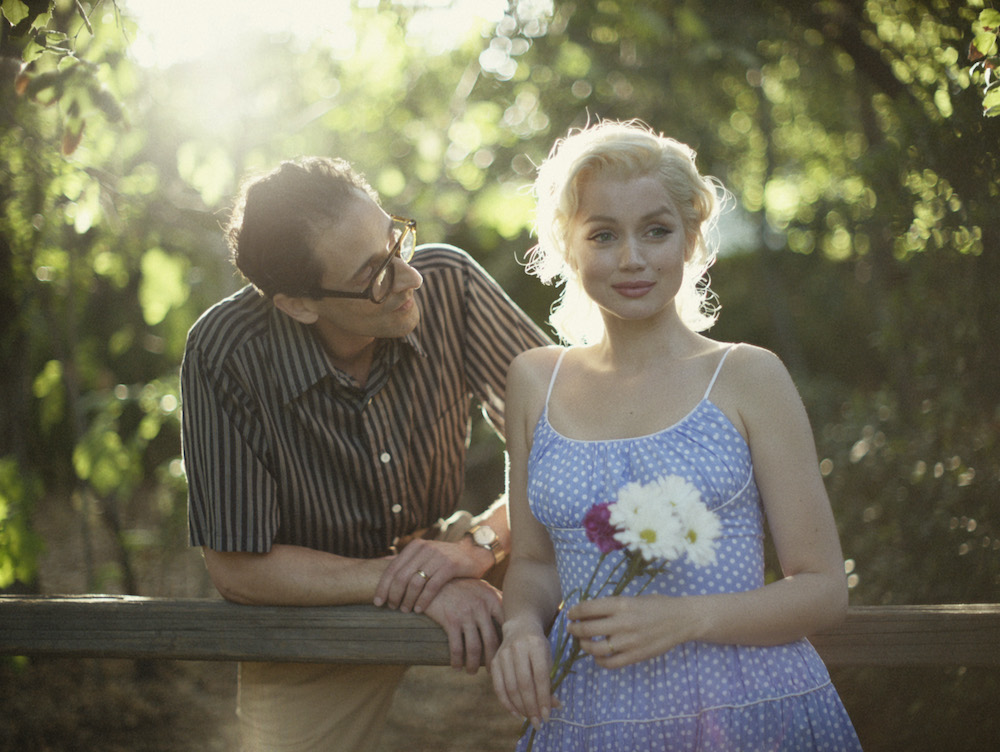 Netflix’s ‘Blonde’ is a fictionalized version of the life of Marilyn Monroe. The film explores her relationships, with almost all of them ending in pain and heartbreak. After a turbulent and abusive marriage with the Ex-Athlete, Marilyn focuses on establishing herself as a more serious actress, and this crosses her paths with that of The Playwright, Arthur Miller. Soon, they get married and for a while, it looks like Marilyn has found the right match for herself. But then, things start to go downhill and their marriage dissolves so abruptly that we don’t even see a proper end to their story. If you are wondering what really happened between Monroe and Miller and why they got divorced, then here’s what you should know about their marriage.

When Marilyn Monroe was first introduced to Arthur Miller in 1951, she described him as “a cool drink when you’ve had a fever.” At that time Miller was married to Mary Slattery, while Monroe was still on the rise. The two reunited again after Monroe’s divorce from Joe DeMaggio, and soon after, Miller divorced his wife as well. The two of them got married on June 29, 1956. This was Monroe’s third marriage, the one that would last longer than her previous two.

The dent in their seemingly perfect (though considered mismatched, by her fans) marriage came when Monroe found Miller’s notes in which he had written that he was disappointed in her. Reportedly, he wrote something along the lines of confessing that he was embarrassed by her and found his own creativity hindered by their marriage. This is considered to be the point from where things started to get worse until the couple finally separated. The stark difference in their lifestyles is also considered a deciding factor in the deterioration of their relationship. However, Miller’s biographer Christopher Bigsby explained that it was simply a case of misplaced expectations. “Both of them went into this marriage believing something about [the character of] the other person which turned out not to be true – but they were scarcely a unique couple in that respect,” he said.

The split between Monroe and Miller was announced on November 11, 1960. She filed for the divorce, citing “incompatibility of character”, in Juarez, Mexico. The divorce was finalized on January 20, 1961, the same day as John F. Kennedy’s inauguration. She had hoped that the media would be too distracted by the president to focus on her personal life.

Monroe died nineteen months later, and Miller decided not to attend her funeral. In an essay that he started writing on the day of the funeral, he wrote: “Instead of jetting to the funeral to get my picture taken I decided to stay home and let the public mourners finish the mockery. Not that everyone there will be false, but enough. Most of them destroyed her, ladies and gentlemen. She was destroyed by many things and some of those things are you. And some of those things are destroying you. Destroying you now. Now as you stand there weeping and gawking, glad that it is not you going into the earth, glad that it is this lovely girl who you at last killed.”

Miller, who died at the age of 89 in 2005, was described as cold-hearted by Monroe’s fans, which further flamed the theories that he hadn’t married her for love, but for her fortune. Around that time, Miller was also believed to be a Communist sympathizer, which gave rise to the theory that he married Monroe to save his own reputation, especially after his refusal to name communists to the McCarthyite House Un-American Activities Committee. However, Bigsby confirmed that Miller was “completely bowled over by her”. Revealing that Miller had shown him Monroe’s bike still kept in his garage forty years after her death, he said: “It was certainly a love affair. One of his love letters to her was an almost adolescent outpouring of love.” As for his absence from the funeral, Miller wrote: “To join what I knew would be a circus of cameras and shouts and luridness was beyond my strength. To me it was meaningless to stand for photographs at a [grave]stone.”

Read More: Was Marilyn Monroe Sleeping with Robert Kennedy? Were They Having an Affair?