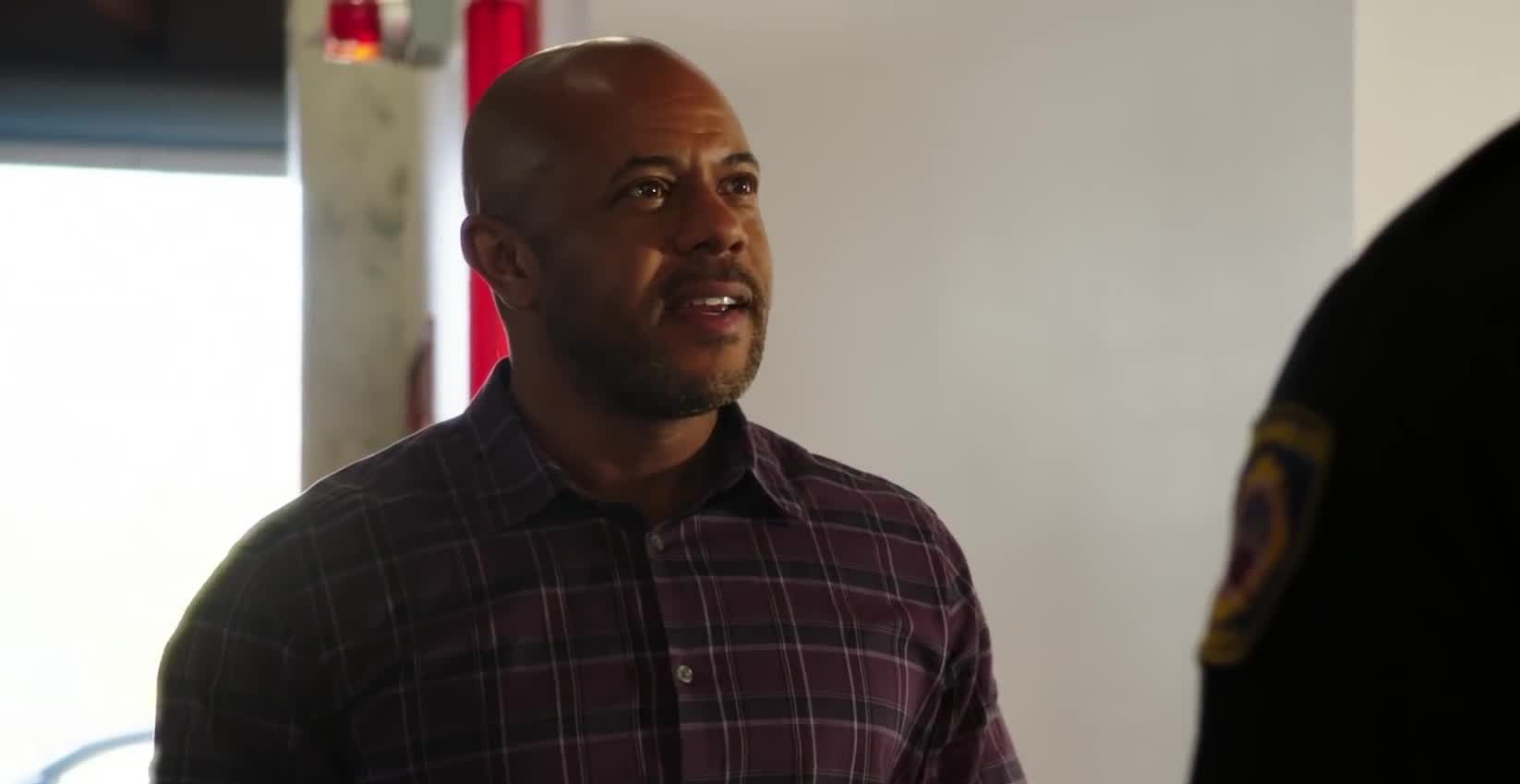 The turn of events that dictates the start of the fifth season of ‘9-1-1’ made the fans worry over two of the most loved characters of the show, Athena and her ex-husband, Michael Grant. With Harry in the clutches of a serial rapist, the ex-couple goes through a tough time. Upon Harry’s rescue, Michael oversees the separate therapies of Harry and Athena, as both of them try to recover from the traumatic events of the near past.

While the family’s efforts to regain peace and stability appealed to the fans, episode 8 of season 5 left the viewers in shock. Michael’s decision to leave for Haiti made the fans wonder about the startling exit of Rockmond Dunbar (Michael) after five long seasons. If you are curious to know more about the same, we come bearing answers!

What Happened to Michael Grant?

In the eighth episode of season 5, David reveals to Michael that he wishes to take a break from his job to work in a relief program in Haiti to treat the needy after the storm. Even though Michael is skeptical at first, he realizes David’s intentions and supports him. When Athena, Bobby, and the kids come over, Michael tells them that he is going to propose to David. The family stands by Michael and helps him prepare for the occasion.

Michael goes to the hospital to propose to David, but an explosion at the hospital interrupts his plans. Even after the explosion, David adamantly continues with his operation while Michael is anxiously waiting for him. Nash disrupts David’s operation and reveals that Michael is waiting to propose to him to persuade David to leave. David successfully completes the operation and comes out to Michael, saying “yes!” Michael decides to join David in his mission to save lives in Haiti.

Unfortunately, Rockmond Dunbar left ‘9-1-1’ over the COVID-19 vaccine mandate issued by Disney Television Studios’ 20th Television, the production house of the show. When the production house made it mandatory for all the cast and crew members to be vaccinated, Dunbar sought an exemption on medical and later, religious grounds, which were reportedly reviewed and rejected by Disney.

“I applied for religious and medical accommodations pursuant to the law and unfortunately was denied by my employer [20th Television]. My sincerely held beliefs and private medical history are very intimate and personal aspects of my life that I do not publicly discuss and have no desire to start now,” Dunbar said in a statement to Deadline. “As a man that walks in faith, I look forward to what the future holds,” he added.

Dunbar’s departure comes after the production house’s pandemic protocol, which requires everyone working in Zone A of its shows, comprising cast and crew in regular interaction, to be vaccinated. “In order to ensure a safer workplace for all, Zone A personnel who do not confirm their vaccination status and do not meet the criteria for exemption will not be eligible to work,” a representative of 20th Television informed Deadline.

Although Dunbar’s exit is staggeringly real for now, we may see him return to the show if vaccine mandates are removed or if he decides to adhere to them. As his character is written off with a door opened to return, it will not be surprising to see him again on screens in ‘9-1-1.’ After nearly 4 years, Dunbar left the show after expressing his gratitude. “I have enjoyed the last 5 seasons with this wonderful cast and crew and will cherish the time I’ve been blessed to spend with this series and wish everyone involved nothing but the best,“ he told Deadline.