Why Does Leda Steal Elena’s Doll in The Lost Daughter?

‘The Lost Daughter’ follows Leda, a professor on vacation, who is starkly reminded of her troubled days as a young mother. The dark, psychological journey begins when Leda notices Nina, a young woman, and her daughter, Elena, on the beach. As the central character gets increasingly embroiled with Nina and her family, she is repeatedly (and bitterly) transported back to her own painful memories of motherhood.

The film takes a decidedly sinister turn when Leda steals young Elena’s doll and proceeds to hide it in her apartment. Even as the inconsolable young girl’s family frantically searches for it, Leda continues to secretly care for the doll while also regularly interacting with the family. The stolen doll becomes a pandora’s box of painful recollections and troubling thoughts, which drives the film to its surreal conclusion. So why does Leda steal Elena’s doll? Let’s dig in and find out. SPOILERS AHEAD.

Why Does Leda Steal Elena’s Doll?

The seemingly simple act of stealing young Elena’s doll turns into a dark psychological journey that delves into the recesses of Leda’s unresolved past. When the young girl gets briefly lost on the beach, Leda is painfully reminded of the time Bianca got similarly lost on the beach as a child. This acts as a catalyst and brings back a flood of troubled memories of how Leda struggled to raise her young daughters, describing them as a “crushing responsibility.” 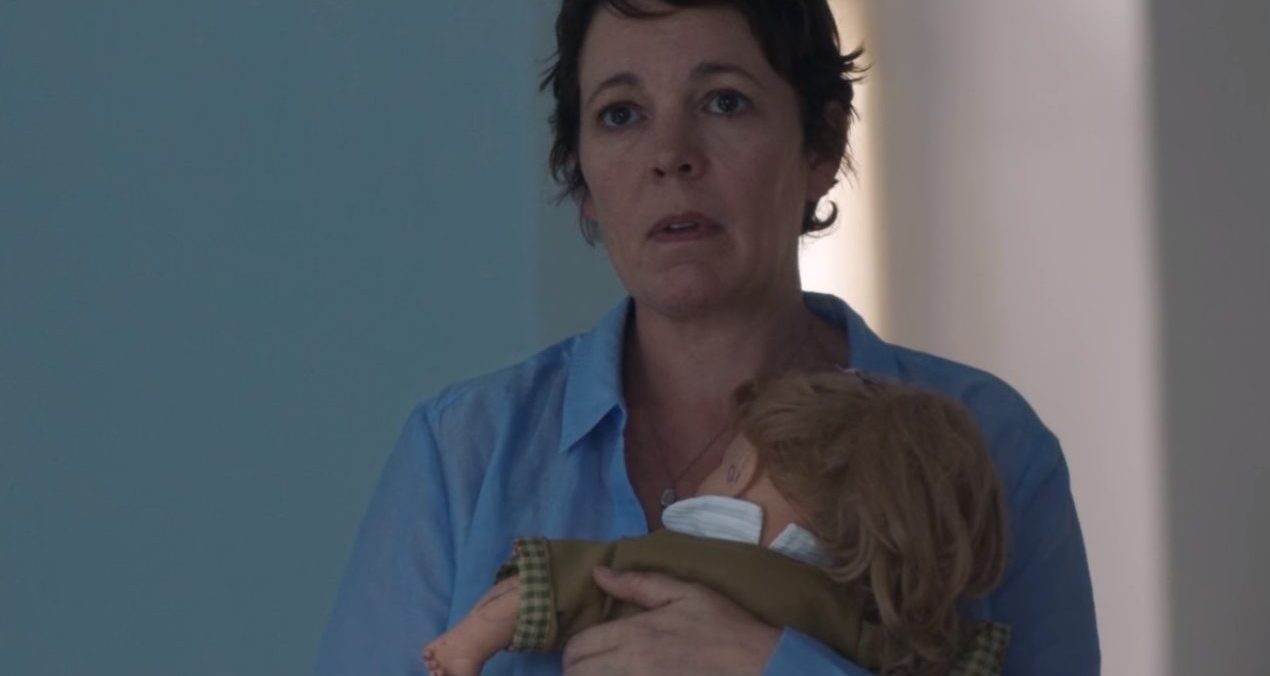 The protagonist is also reminded of her childhood doll, Mina, who she later passed on to her daughters. It seems like by stealing Elena’s doll, Leda attempts to bring back some small piece of the past. It is clear that she feels guilty for treating her daughters as a burden, and the way Leda then begins to care for the stolen doll obsessively seems to be some form of twisted repentance and attempt to redo her past.

Essentially, it seems like Leda is impulsively struck by a need to reconnect with her own past as a young mother, a situation first sparked when Leda notices Nina and Elena on the beach. As is slowly revealed, the protagonist sees many parallels between her own experiences as a mother and what Nina seems to be going through. Most notably, when Elena briefly gets lost on the beach, Leda (who subsequently finds the young girl) is painfully reminded of the time she lost her own daughter, Bianca, on the beach.

This powerful initial connection thus forges a strong parallel, at least in Leda’s mind, between her and Nina’s experience as a mother. Soon after seeing Nina frantically searching for Elena, Leda steals the doll. This serendipitously opens the door to Leda becoming closer to Nina’s family as they next meet at a store while Leda is purchasing new clothes for the stolen doll.

Thus, the doll becomes a bridge for Leda to reconnect with her past as well as to Nina’s family. It is worth noting that though Leda only impulsively picks up the doll initially, her actions of caring for and hiding it become increasingly deliberate. However, it is clear that much like her guilt-ridden memories, the fact that she has stolen Elena’s doll also weighs heavily on Leda.

Thus, she tries to come clean and reveals to Nina that she stole the doll, only to then be stabbed by the angry young mother. Thus, as soon as Leda returns the doll, her relationship with Nina and her family also seemingly breaks, further implying that the doll acts as a bridge between Leda and the young mother she identifies with.