Why Does Pinocchio’s Nose Grow When He Lies, Explained

Netflix’s animated film ‘Guillermo del Toro’s Pinocchio’ follows the fascinating tale of Pinocchio, a wooden puppet made by a carpenter named Master Geppetto, who tries to deal with the death of his son Carlo. Pinocchio brings exuberance to the life of Geppetto, who has shut down himself after the loss of his son. The wooden puppet astounds Geppetto’s fellow townsfolk and even garners the attention of Count Volpe, a traveling puppet master, who aspires to make money using the “living puppet” even by force. One of the astounding features of the wooden puppet is his nose, which grows whenever he says a lie. Intrigued by the detail, we have tried to find out the reason behind it. Well, let us share our findings regarding the same! SPOILERS AHEAD.

Why Does Pinocchio’s Nose Grow?

Directed by Guillermo del Toro and Mark Gustafson, ‘Guillermo del Toro’s Pinocchio’ is a retelling of Carlo Collodi’s novel ‘The Adventures of Pinocchio.’ Several sayings and proverbs that were or are associated with Tuscan oral tradition influenced the Italian writer to conceive his novel. In the novel, a fairy differentiates lies as ones that have “short legs” and “long noses.” While the reference to the “short legs” is based on an Italian proverb that expresses that lies cannot travel far, the reference to the “long nose” was seemingly conceived by Collodi himself.

Collodi seemingly used the reference to indicate that certain lies, including the lies Pinocchio says, are explicitly recognized as lies, whereas the lies that are “short legs” may succeed in fooling people for a short while. Since Collodi’s novel is ultimately about a “brat” that eventually attains maturity, explicit lies are an integral part of Pinocchio’s character. The writer might have used “growing nose” to portray how the wooden puppet resorted to lies repeatedly even when it is evident that they are lies. However, Collodi apparently didn’t consider the growing nose as a significant part of his character since there are other instances in his novel where Pinocchio lies without his nose growing.

The particular detail garnered immense attention upon the release of Walt Disney Productions’ 1940 adaptation of the novel, titled ‘Pinocchio.’ In the film, Collodi’s concept is expanded as the Blue Fairy tells Pinocchio that his lies can be “as plain as the nose on your face.” The Blue Fairy’s words make it clear that the growing nose represents the uselessness of lies. Even in ‘Guillermo del Toro’s Pinocchio,’ Geppetto easily realizes that Pinocchio is not saying the truth when the wooden puppet lies. In addition, the elongated nose of Pinocchio could be conceived as a deformity to represent the deformity of one’s mind that creates lies. 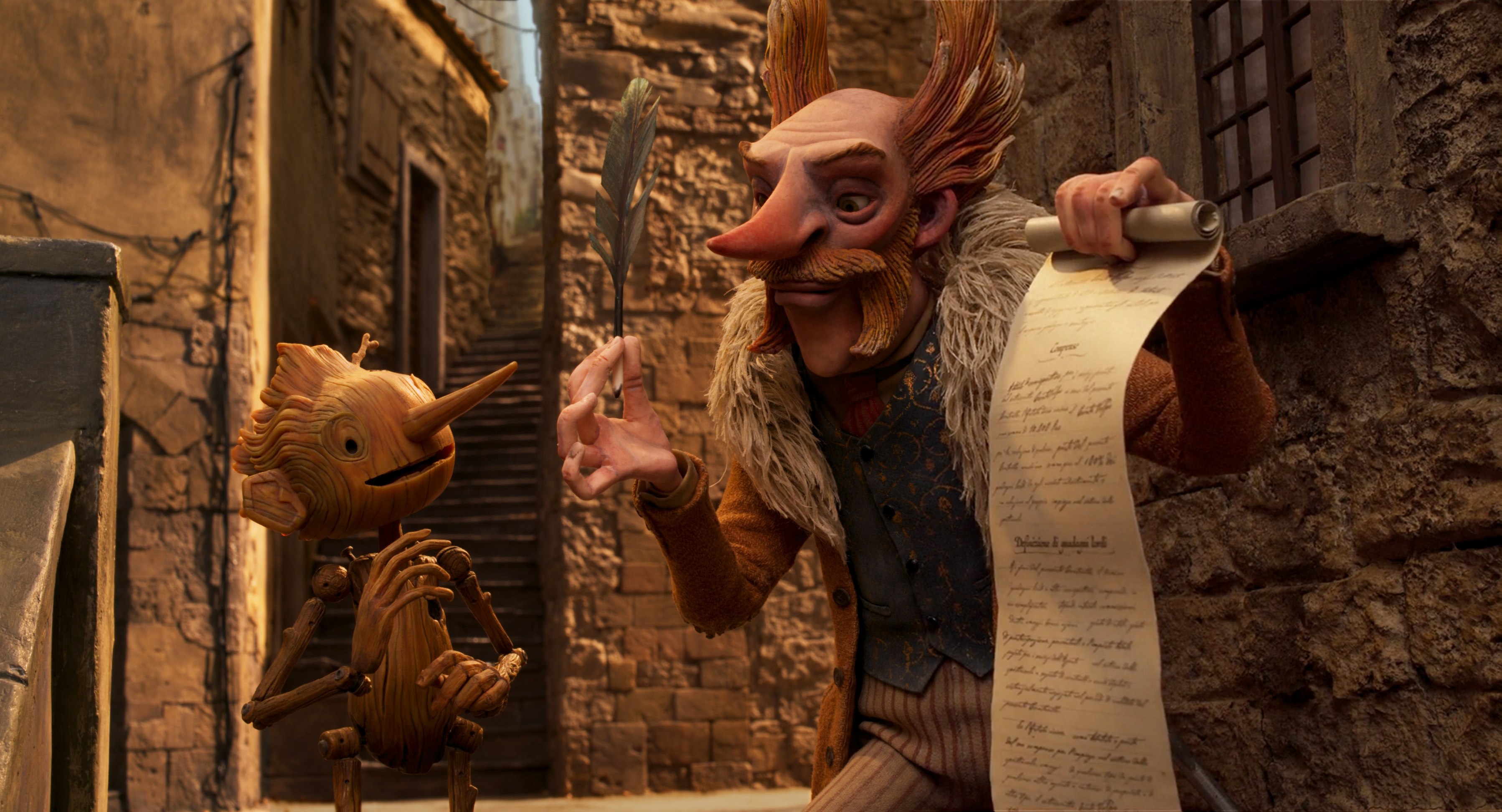 As a symbol, Pinocchio’s growing nose can be explained in several ways. The gradually lengthening nose can be depicting how lies tend to grow the same way since each lie may force the liar to lie again about a related matter. The nose that grows little by little shows us how lies are conceived one after the other, usually to cover up the previous one. In the film, Pinocchio tells Geppetto several lies to hide the previous lie, only to get into an inescapable web of lies that eventually traps him.

In addition, the growing nose can be the carrier of a moral. When Pinocchio’s nose grows every time he lies, the same teaches us that every action has a consequence. Due to the growing nose, Pinocchio fails to escape any predicament with the help of lies. This inescapability shows us that every bad deed has severe repercussions that most likely will follow. In the source novel of the film, the growing nose must have played a part in Pinocchio’s growth as a mature being as he must have realized that lies not only wouldn’t help him grow but also would force him to confront the consequences of the same.

Read More: Did All the Voice Actors Sing in Guillermo Del Toro’s Pinocchio?