Why is Elizabeth Keen (Megan Boone) Not on The Blacklist? 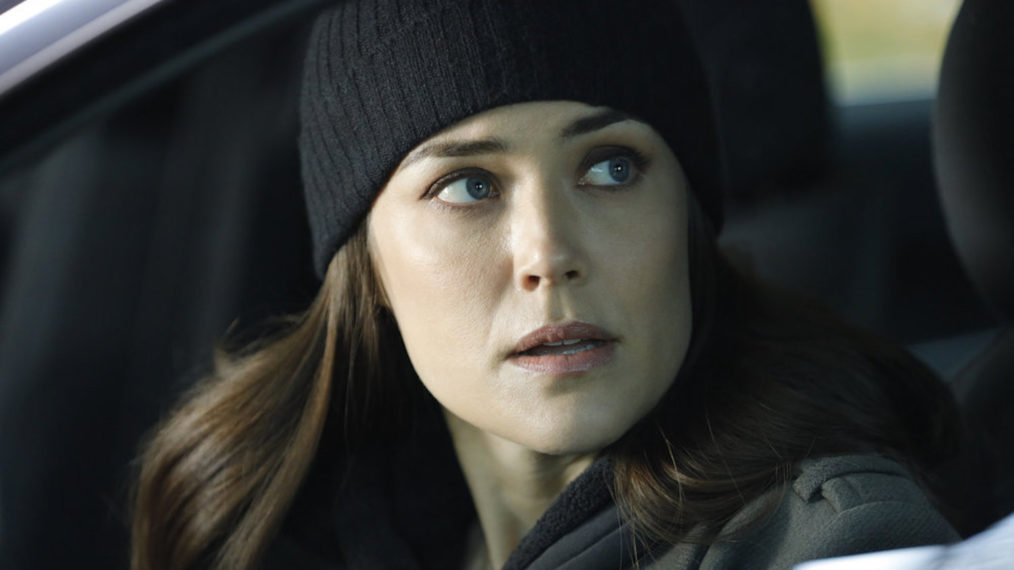 One of the highlights of season 8 of ‘The Blacklist’ is Katarina’s death in the second episode that redefines Elizabeth’s (Megan Boone) relationship with Raymond “Red” Reddington (James Spader). Elizabeth had made it very clear to him that she would not tolerate any harm to Katarina, who Elizabeth knows as her mother. But when Red shoots her in front of Elizabeth, it is the last straw for her. Since then, Elizabeth seems to have switched camps to become a “Blacklister” instead of the innocent FBI agent we once used to know.

Elizabeth Keen is Megan Boone’s most prominent role in her body of work. The actress has been a part of the series since 2013 when it first premiered. However, Megan Boone has not been seen for a few episodes in the eighth season. Naturally, this has got fans wondering if they will see Megan Boone essaying her character, Elizabeth Keen, again. Here is what we know!

What Happened to Elizabeth Keen?

Elizabeth’s relationship with Red has been a rocky one. But ever since Elizabeth chose to side with Katarina, the rift between Elizabeth and Red has only become more pronounced. After Red kills Katarina, Elizabeth swears revenge, and we see her cross over to the dark side. As she attempts to kill Red, she becomes one of the most-wanted criminals.

Since that point in the storyline, a lot has happened with Elizabeth. She has gone missing, and we are introduced to her doppelgänger who does her bidding. Elizabeth has learned a lot about the minds of criminals, and she learned from the best – Red. This makes Elizabeth a dangerous enemy for Red and explains her recent actions. She is on the run and is making dangerous allies such as Neville Townsend; she even goes on to commit murder.

Elizabeth remains in touch with the goings-on of the world through her doppelgänger, who wears special contact lenses and an earpiece that helps the former stay connected with everything that the doppelgänger is seeing and hearing. However, we do not see Elizabeth fully, but just as a silhouette in front of a monitor. In the ninth episode, Red threatens to shoot the doppelgänger if Elizabeth does not disclose her location, and still, Elizabeth does not budge from her stance. In fact, she breaks contact with her, which might mean that she is willing to let her doppelgänger take the fall for her.

Will Elizabeth Keen Return to The Blacklist?

With the events that take place in episode 9, it is clear that Elizabeth Keen is still a central part of the storyline. Red is building pressure on Elizabeth, which may force her to come out of hiding at some point. In an interview, John Eisendrath revealed that Red and the task force are on a hunt for Elizabeth, though their motives are different. While Red sees a “more dangerous future” for her, the task force is trying to save her from that. This strongly hints at the fact that more is coming for Elizabeth Keen.

Season 8 has also put the spotlight on Elizabeth’s relationship with her daughter Agnes since they are both on the run together. Moreover, the actress Megan Boone has not addressed her absence from the show. Fans are well aware of how much the creators love to tease the viewers with mystery and suspense. It also calls attention to the fact that we still do not know the truth behind Red’s identity, which is integral to the series that focuses on his relationship with Elizabeth Keen. For all these reasons, we believe that it is still not time to bid goodbye to Elizabeth Keen or the actress Megan Boone who plays the character.