Will Conrad and Kincaid Get Together in The Resident? Theories 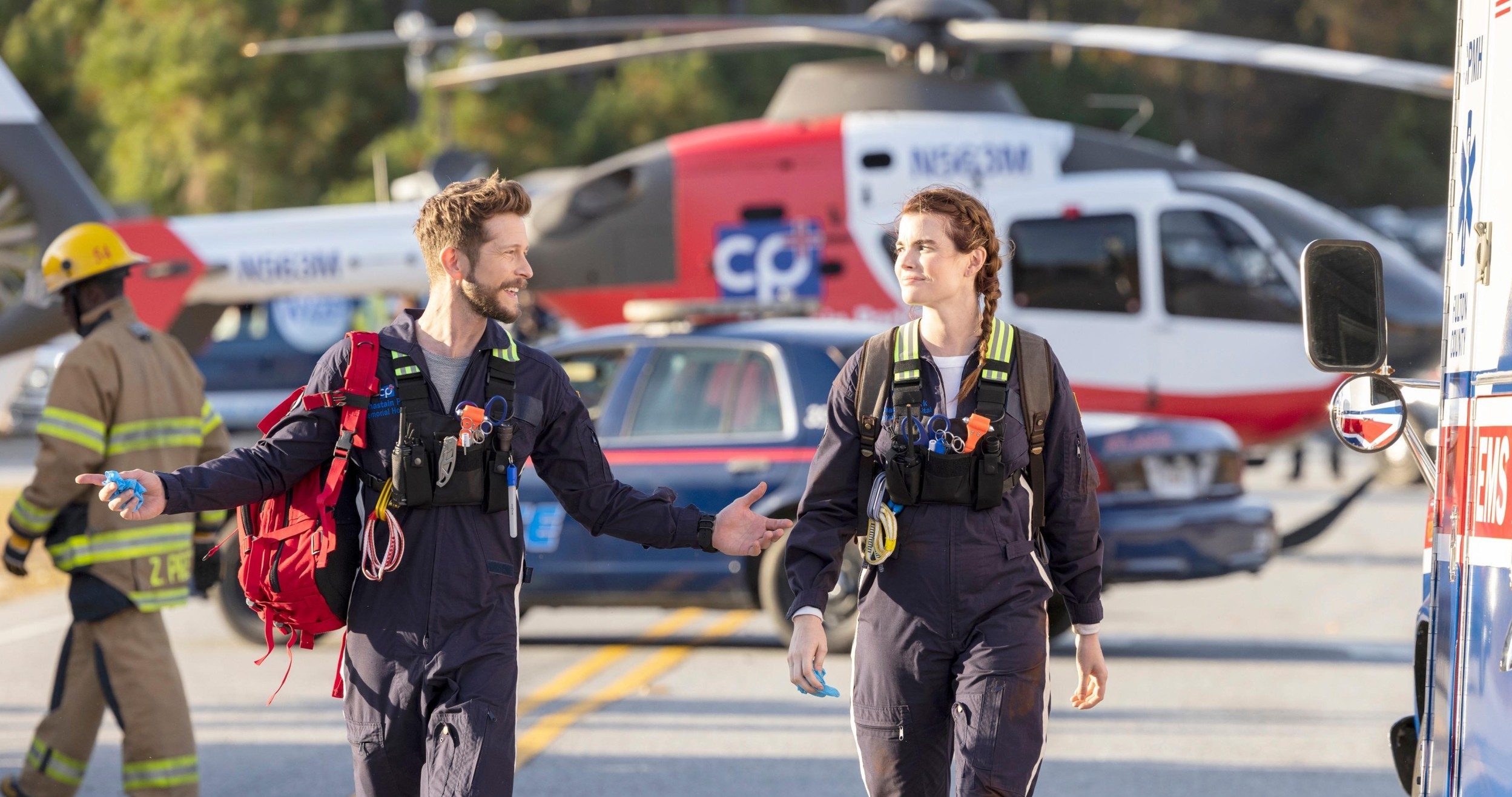 The fifth season of FOX’s medical series ‘The Resident’ begins with an unbearable tragedy for its fans. The happiness Georgiana’s arrival brings to Conrad’s life doesn’t last long as the love of his life meets with an unbelievable fate. Even after years, Conrad prevents himself from filling the void Nic left in his life. However, Conrad’s encounter with Dr. Kincaid Sullivan in the tenth episode of season 5 does create some sparks in the chief resident. Inspired by the highly engaging chemistry between Conrad and Cade, we have taken a detailed look at the prospects of the duo’s union. Let us share our findings! SPOILERS AHEAD.

Will Conrad and Kincaid Get Together?

Chief resident Conrad Hawkins’ life arrives at crossroads when he comes to know that his wife and colleague Nic died in a car accident. With his daughter Georgiana and Nic’s memories, Conrad starts to live a life that accommodates his late wife’s absence. When Nic’s close friend Billie persuades him to meet people, he gives a chance to Marion. Two of them spend an intimate night together and assure each other that their lives will not entwin in any emotional way. When Conrad and Marion decide to nip the bud of their potential relationship, fans of the former were indeed disappointed.

The disappointment, however, did not last long. During a Flight Go team mission, Conrad meets Kincaid Sullivan AKA Cade, who succeeds to charm him incredibly. Both of them team up to save the lives of two girls and successfully take care of a woman’s active labor. Conrad also does his part to convince Cade to transfer to Chastain to be his colleague in the ER. When Devon doubts the double-board certified doctor, Conrad immediately vouches for her talent and ability, remarkably without an “Independence Day” trail. After talking to Cade about moving to his hospital, Conrad shares his impression with Kit to seal the deal.

Conrad’s enthusiasm regarding Kincaid is indeed pleasant to watch. After Nic’s unfortunate demise, enough time does pass for the resident to revive his romantic life. Since Marion is not interested in a “relationship,” Kincaid definitely presents him with a pathway to lead his life. In an interview given in December 2021, executive producer Andrew Chapman revealed that a solid relationship is a possibility for Conrad. If it is not Marion, Kincaid is an obvious match for Conrad to get back to dating and build a relationship.

Chapman also revealed that Conrad will be invested in Kincaid’s mysterious past in the upcoming episodes. Since Devon’s attempts to trace out Cade’s history from the internet fail, we can expect Conrad to give it a shot. If her transfer from Atlanta General gets completed, we can surely look forward to Conrad digging her past to unravel the mystery, which can bring them closer. Another ER romance can very well bloom in Conrad’s life, especially considering the rare admiration Conrad displays for Cade. If that’s the case in the upcoming episodes, there’s a possibility that Conrad and Kincaid will get together.

Kincaid’s intelligence, courageousness, and no-nonsense approach to save and treat lives do resemble Conrad’s style. Their togetherness as potential colleagues and Flight Go teammates is expected to nurture a romantic interest between them. Even though we may need to wait for a while to see the developments concerning their possible union, the wait may be worth it.