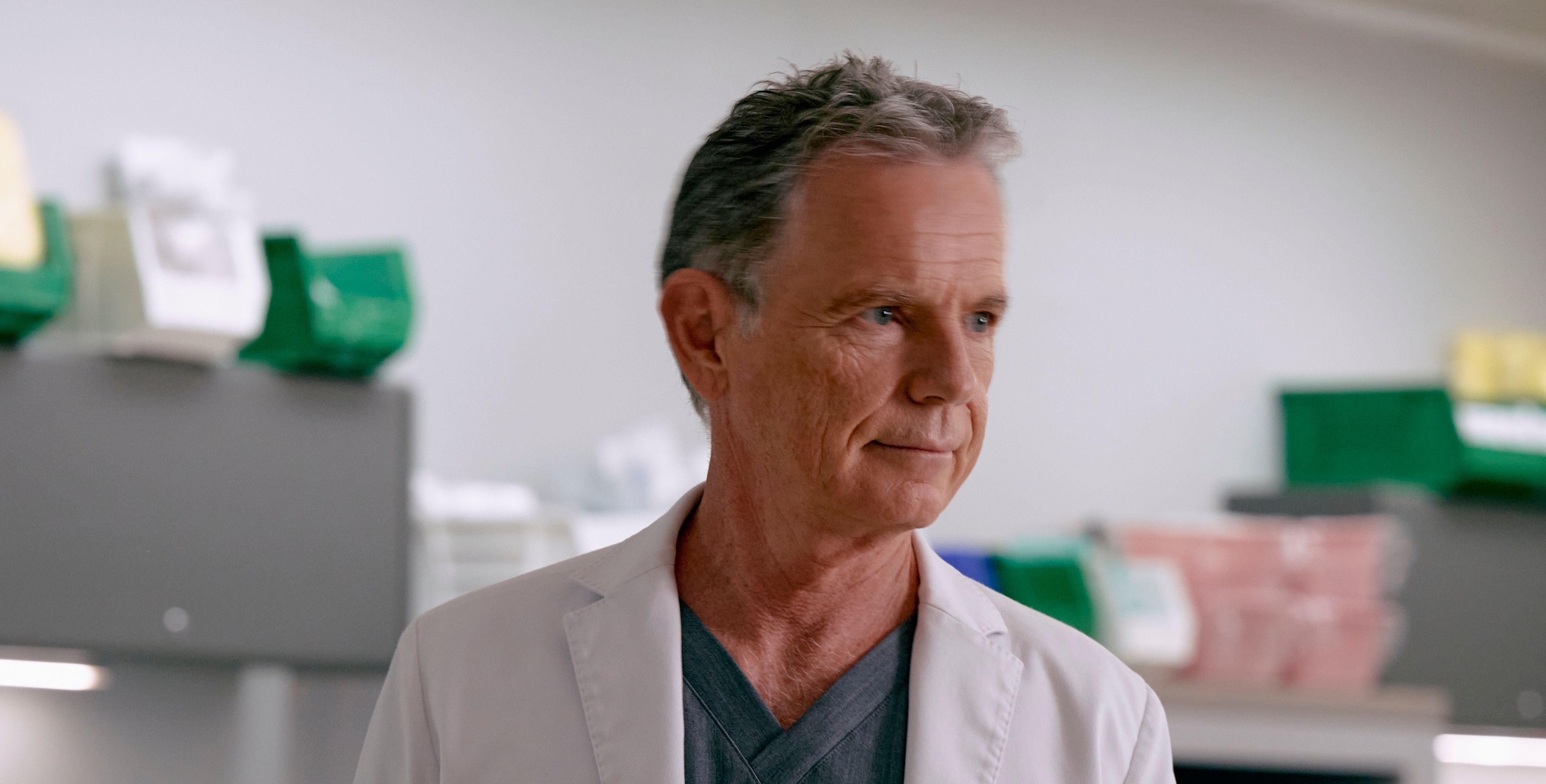 The fifth season of FOX’s medical series ‘The Resident’ witnesses a turbulent chapter in Dr. Randolph Bell’s life. In the fifth episode of the fifth season, he almost comes face to face with death as a hitchhiker holds him at knifepoint and opens the vault of his conscience. Even though Bell survives the incident without harm, his life doesn’t get easier. In the ninth episode of season 5, Bell’s body starts sending him signals about an unknown health issue. As he fails to complete an operation, fans are worried whether it’s time for the former CEO of Chastain to leave the hospital. Let’s find out!

What Happened to Randolph Bell?

In the ninth episode of season 5, Dr. Bell starts to suffer from hand tremors again while he spends time with his girlfriend, Dr. Kit. Although he doesn’t pay too much attention to it at that point in time, the tremors interrupt him during surgery. He leaves the operating room when he gets blurred vision. When he encounters Dr. Devi, who completes the surgery in his absence, Bell finds excuses to give her. Upon realizing the gravity of the situation, he meets Conrad and seeks his help. Bell asks him to run some tests and find out what is happening to him while keeping the whole affair under wraps.

In the tenth episode of season 5, the change in Bell becomes more evident to his colleagues. Billie and Austin become suspicious when the experienced surgeon asks the latter to take care of one of his surgeries. Moreover, Kit is astounded when Bell stays in the ER instead of showing up for an operation. When his girlfriend confronts him, he finds excuses to give her, but they fail to be convincing. At the end of the episode, Conrad meets him and confirms that there’s a cause to worry.

Since Bell’s sickness can keep him away from the hospital, viewers are worried about the character’s story arc. Moreover, this could potentially open the gateway for Bruce Greenwood’s exit from the series. So, is the actor moving on from the medical drama? Let’s find out!

Is Bruce Greenwood Leaving The Resident?

Dr. Randolph Bell’s life as a surgeon at Chastain is nothing but eventful. During his tyrannical years, he blackmailed Mina to do the surgeries on his behalf. Instead of relying on a diagnosis and seeking appropriate treatment for his hand tremors, Bell starts using benzodiazepines. But by the fifth season, he is a changed person. Rather than looking for shortcuts, he takes help from Conrad, who identifies his illness. Even though he is yet to disclose the diagnosis, the test results do not seem favorable for the surgeon. Thus, fans of the show can’t be blamed for worrying over Greenwood’s possible exit.

However, neither FOX nor Bruce Greenwood has released any official statements regarding Dr. Bell’s supposed departure from Chastain. On the contrary, we can expect Bell’s sickness and its consequences to play out in the narrative of the show’s fifth edition. According to executive producer Andrew Chapman, Bell’s health condition will influence his relationship with Kit and open a window for the narrative to explore his attempts to remain a doctor at the hospital.

In an interview in December 2021, Chapman said that Bell’s storyline continues even after the reveal of his illness, especially with respect to his relationship with Kit. Furthermore, the EP teased the wedding of the couple. Taking these factors into consideration, we believe that Bruce Greenwood is likely to continue featuring in ‘The Resident.’ Therefore, we can hope for Bell’s recovery under Conrad’s watch with Kit by his side for emotional support.