Will Devi and Paxton End Up Together in Never Have I Ever? Or Will She End Up With Ben?

Netflix’s coming-of-age comedy series ‘Never Have I Ever’ follows high school sophomore Devi Vishwakumar on her quest for popularity and the perfect boyfriend. In season 2, the headstrong teenager, despite her fiery outbursts that have landed her in the (spicy red lentil dal) soup more than once, manages to sweep not one but two boys off their feet. Devi has come a long way from her tragic, wheelchair-bound year and is now frenching the high school dreamboat Paxton on the reg. But can it last? Buckle up because this one’s about to be a doozy as we take a look at Devi and Paxton’s tumultuous past and figure out if they have a future or not. SPOILERS AHEAD.

Will Devi and Paxton End Up Together?

Devi first introduces Paxton Hall-Yoshida as the Adonis-like swimming athlete who leaves her forgetting to breathe as he walks past. The boy is objectively gorgeous and draws compliments from the show’s narrator— tennis legend John McEnroe. Even Devi’s therapist, usually the one to bring our heroine down from her flights of fancy, can’t help herself and lets out some very approving sounds when Devi shows her a picture of her crush. Suffice it to say, at the outset, Devi is head over heels for a boy that doesn’t even know that she exists. 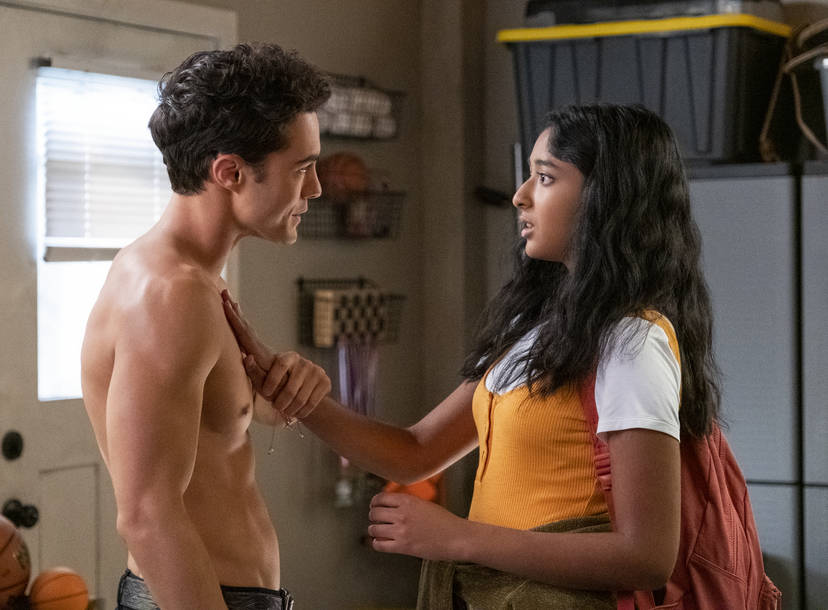 Early on in season 1, in a move that tells us a lot about the impulsive American-Indian teen’s character, Devi straight up approaches Paxton and asks whether he would like to have sex with her. Taken aback, the dreamy athlete says yes, leaving Devi fumbling for words. However, the plan works and though they end up not doing the deed, she does get to run her fingers over his chiseled features. And so starts Devi and Paxton’s on-and-off dynamic. Devi wants nothing more than the world to know (or at least think) that she and Paxton are an item. However, after every cutesy encounter that the two have in private, Paxton refuses to acknowledge Devi as a romantic partner in school and refers to her as “dude” or “buddy,” which leaves her furious. 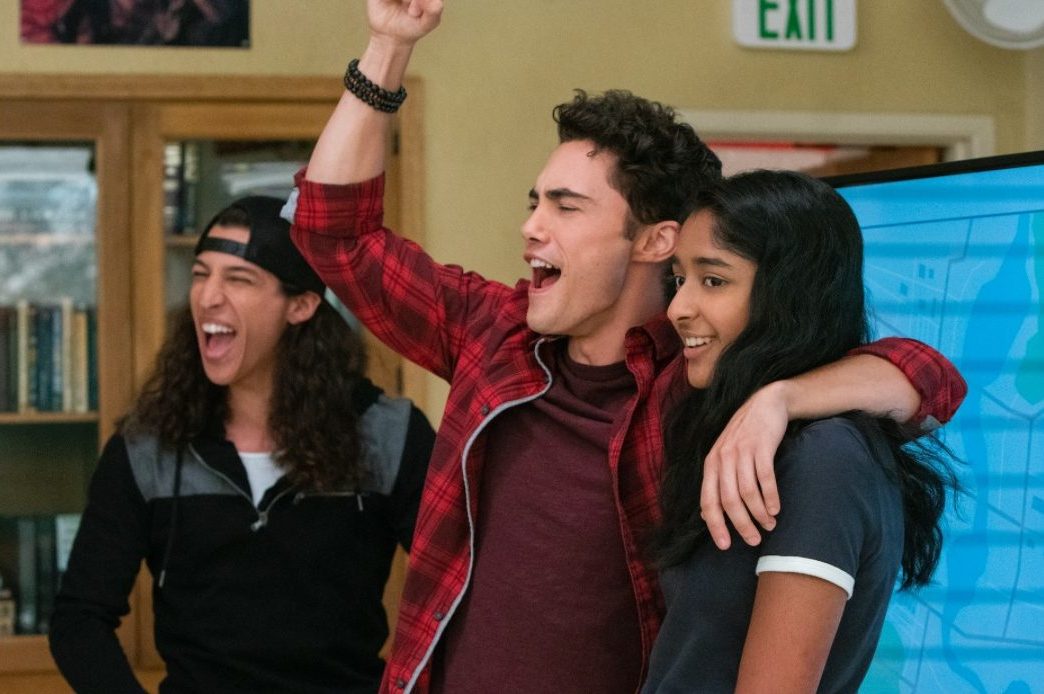 This is one of the biggest hurdles that Devi and Paxton (especially the latter) have to cross if they want their relationship to work. All too often, it seems as if Paxton is embarrassed by Devi. Though he later justifies it by saying that he can’t be seen with her because she cheated on him (which she did) and ruined his swimming career (which is debatable), the popular high schooler has been hiding his friendship with Devi since before the events of her fateful going away party.

Devi, though furious at not being acknowledged in public by a boy that seems so into her when they are alone, repeatedly forgives him just because of his unbelievable good looks. Yes, Paxton really is that good-looking! However, a strong premonition as to why she might stop putting up with this behavior is when the “ghost” of her late father explains to her that she cannot be with someone who wants to hide her. If there is one person whose advice Devi listens to (despite him being dead), it is her father’s. Therefore, if Paxton doesn’t change his ways, Devi might eventually outgrow him and find someone else.

Of course, there is the added complication of Ben (and his hairy forearms) that seems to attract and repel the hot-headed teenager in equal amounts. By the end of season 2, it seems like Ben regrets breaking things off with Devi. However, she now once again has her arms around Paxton. Though the season ends with Devi and Paxton finally together in public at the school dance, it’s important to note that Paxton only shows up when he finds out that because of Devi’s help, he has a good shot at getting into the college of his choice. The transactional nature of his affection, be it for grades or popularity points, can’t help but show itself and is probably going to eventually lead to a breakup between the two. Ben and his furry forearms might still have a shot with our heroine.

Read More: Best Shows Like Never Have I Ever