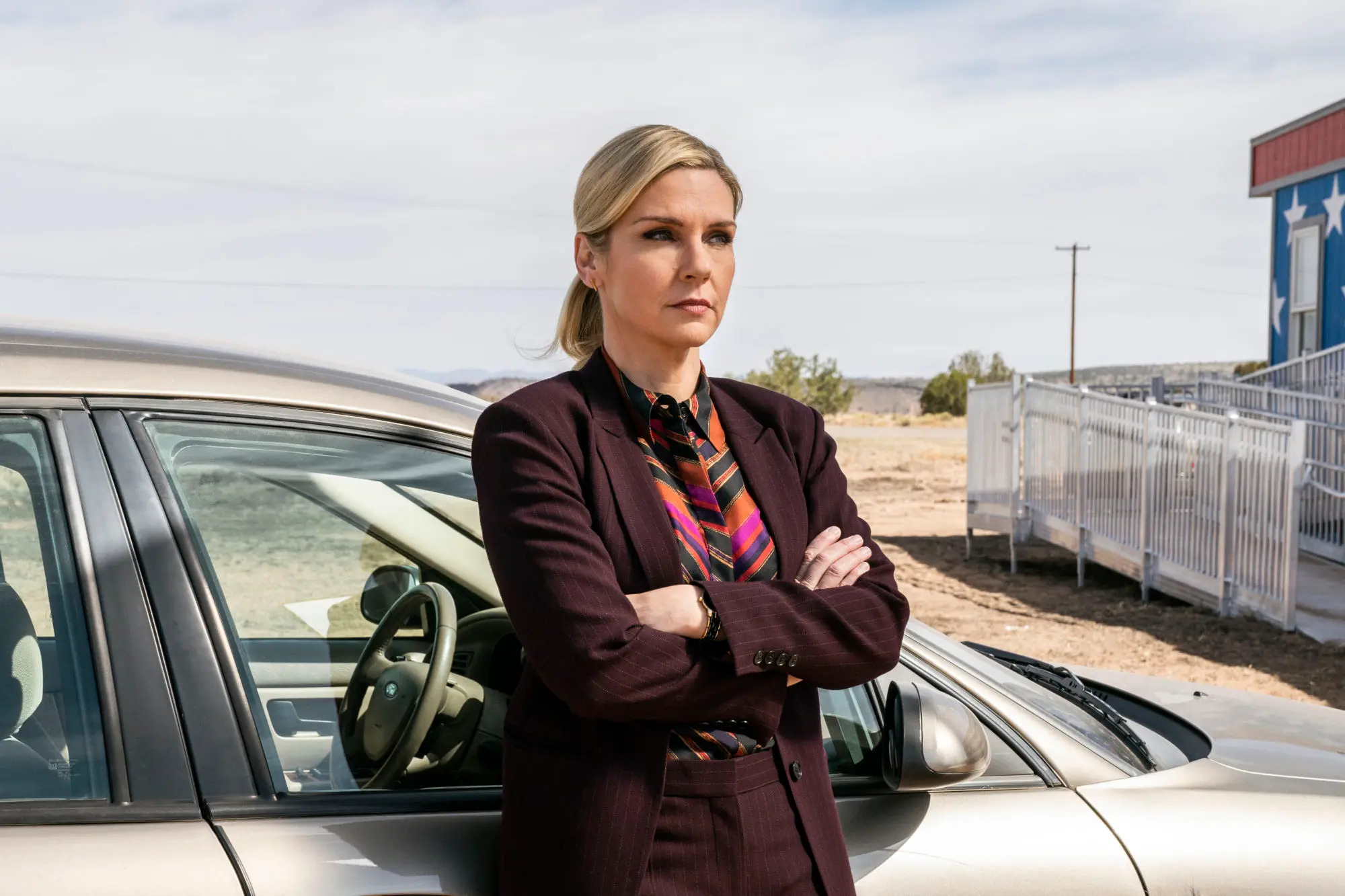 Portrayed by Rhea Seehorn, Kim Wexler is one of the most important characters in ‘Better Call Saul,’ the prequel series to ‘Breaking Bad.’ She is introduced in the pilot episode itself and has become one of the most well-received TV characters of all time. Seehorn’s performance has received equal praise, garnering her a Saturn Award for Best Supporting Actress on Television in 2018 and Satellite Awards for Best Supporting Actress – Series, Miniseries, or Television Film in 2015 and 2016. If her significant presence in ‘Better Call Saul’ has made you wonder about her role in the franchise, this is what you need to know. SPOILERS AHEAD.

Is Rhea Seehorn in Breaking Bad?

As ‘Better Call Saul’ is a prequel to ‘Breaking Bad,’ some characters that died in the original series are part of its main cast, such as Mike Ehrmantraut (Jonathan Banks) and Gus Fring (Giancarlo Esposito). Like Kim, Mike has been one of the main characters in the series since the beginning. Gus made his first appearance in the prequel series in season 3. Jimmy McGill/Saul Goodman/Gene Takavic (Bob Odenkirk), the series protagonist, has been part of the ‘Breaking Bad’ franchise since the second season of the older show.

Kim is one of the few characters that made their debut in ‘Better Call Saul,’ so Rhea Seehorn isn’t in ‘Breaking Bad.’ Kim Wexler appears in ‘Ethics Training with Kim Wexler,’ a miniseries made up of ten short episodes, which was originally released in tandem with the fifth season of ‘Better Call Saul’ on YouTube and various social media handles of AMC.

In the 2019 film ‘El Camino: A Breaking Bad Movie,’ a sequel to ‘Breaking Bad,’ Jesse Pinkman (Aaron Paul) receives an ending that is full of promises for the future. It’s quite possible that Kim gets a similar ending for herself. Asked in a 2018 Variety interview about her character’s fate, Seehorn speculated that the writers hadn’t probably decided on it.

“Not that I know of [whether the writers are any closer to figuring out what happened to Kim in the world of ‘Breaking Bad’]! I can’t spoil the end of the season, which was very interesting, but you know, every time we play a scene I feel like answers one question leads to new ones. I don’t think they’ve nailed that down either and they’ve done such a good job of blending the timeline backwards, forwards and even during “Breaking Bad” but with some new viewpoints,” the ‘Riders’ actor stated.

Interestingly, Vince Gilligan, the co-creator of ‘Better Call Saul,’ mentioned in an interview that if they did another spin-off, it would be about Kim. “She [Seehorn] can be hilariously funny, she can be absolutely moving. She can do anything, she just has this astounding range. Personally, as one of the first two fans of Better Call Saul, I want to know more about Kim, I want to see and learn more about her. If we were to do another spin-off it would be the Kim Wexler show,” he stated.

Seehorn said in 2022 that she would love to revisit the character. So, while there is a chance that Kim Wexler’s story arc ends in death, the end of ‘Better Call Saul’ can equally veer toward a different direction and lead to new beginnings for the character and the actor that portrays her.