Lizzie Wemyss is a charming character in Starz’s historical series ‘Outlander.’ She travels to the New World from Scotland with Brianna as her handmaid and bondservant. When Jamie and his family settle in Fraser’s Ridge, Lizzie does the same to assist Brianna and Claire. In the fifth episode of season 6, Lizzie contracts malaria and is bedridden. Even though she has survived the same on her journey to America, the severity of her disease and her poor health condition is quite alarming. Hence, viewers have raised concerns about the character’s fate. On that note, let us share what we know about Lizzie’s future! SPOILERS AHEAD.

In the fifth episode of season 6, Lizzie accompanies Brianna, Marsali, and Malva as Brianna searches for a spot near the river to place the waterwheel. As they walk by the river, Lizzie suddenly faints and falls to the ground. Brianna attends to her and finds out that she is suffering from malaria. Brianna starts to treat her handmaid with the help of the Beardsley twins, who take care of Lizzie and give her medicines. Although Lizzie’s condition isn’t entirely satisfactory, she makes progress in her recovery, indicating that she will most likely survive the occasionally-fatal disease. 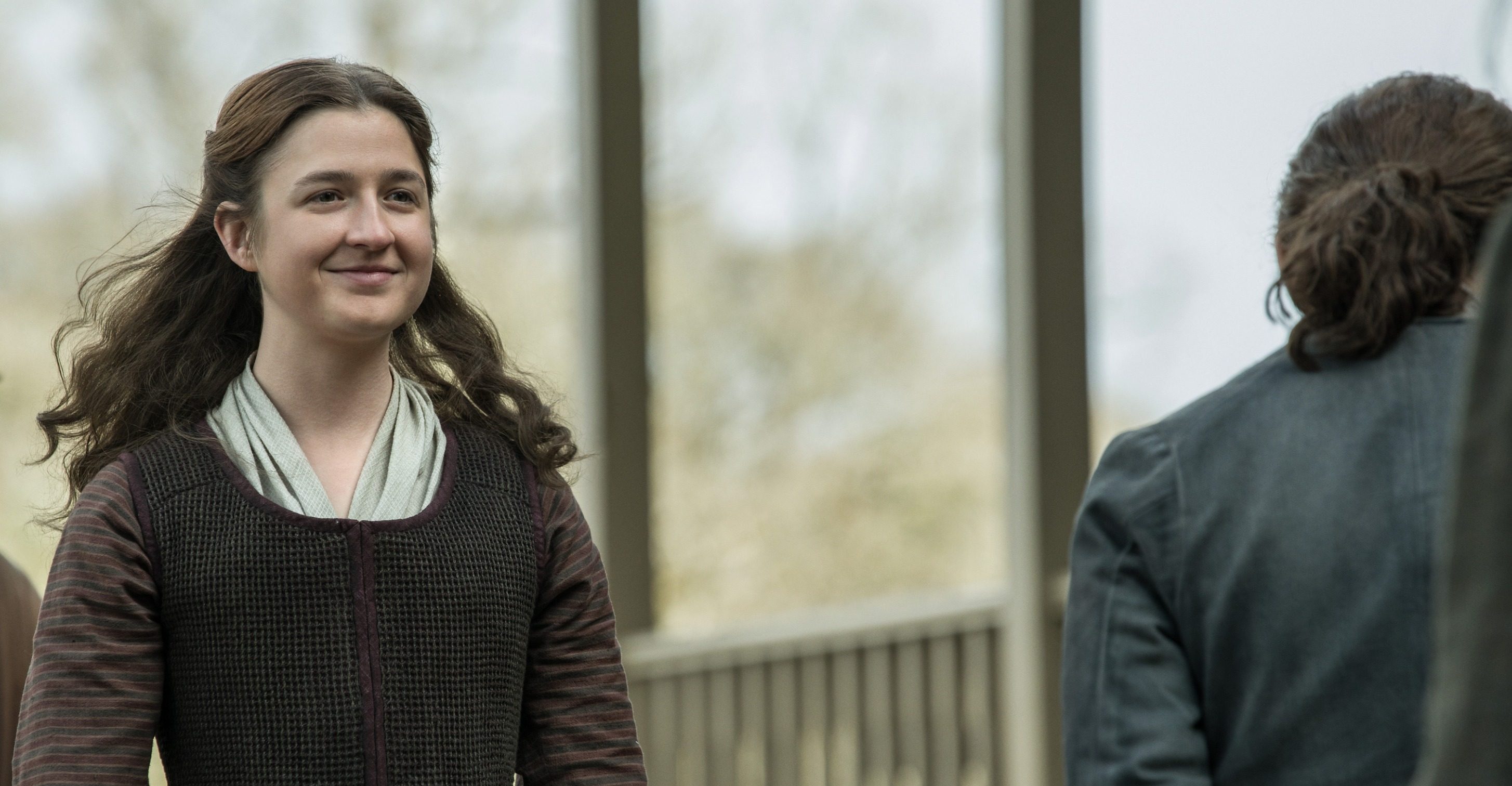 Furthermore, Diana Gabaldon’s ‘Outlander’ novels – which serve as the source material for the show – indicate that Lizzie may not die. The show’s sixth season is based on the book ‘A Breath of Snow and Ashes.’ According to that, Lizzie completely recovers from malaria, and her health returns to normal without any concerns.

Since the sixth installment is expected to follow the fundamental narrative of the novel, we may not need to worry about Lizzie dying. In the upcoming episodes, we can expect her to recover under the care of the Beardsley twins. Their eagerness to look after Lizzie may also bring her closer to the two brothers. Lizzie’s health must have startled fans and led them to worry whether her condition will pave the way for actress Caitlin O’Ryan’s exit from the show. Well, let’s find out if that is true!

Since Lizzie will most likely recover from malaria, Caitlin O’Ryan is expected to continue featuring in ‘Outlander.’ Furthermore, neither Starz nor Caitlin has released a statement regarding her supposed departure. Taking into consideration the scope of the character in the show’s storyline and all the original source material that is yet to be adapted for the screen, we can be sure that we will see more of Caitlin and her onscreen character.

Roger’s inquiries about Lizzie’s potential marriage indicate that the remaining episodes of the season may focus on that aspect of the character’s life. Josiah and Keziah Beardsley’s enthusiasm to look after Lizzie is expected to create an intense bond between her and the twins. In ‘A Breath of Snow and Ashes,’ Lizzie goes through several significant life-altering situations as far as her personal life is concerned. Since the Revolutionary War is expected to rewrite the fate of Fraser’s Ridge, her future may also get severely affected. Taking all these factors into account, we can expect more screentime for the character rather than an unappealing conclusion to her storyline.