Wireless: Everything We Know 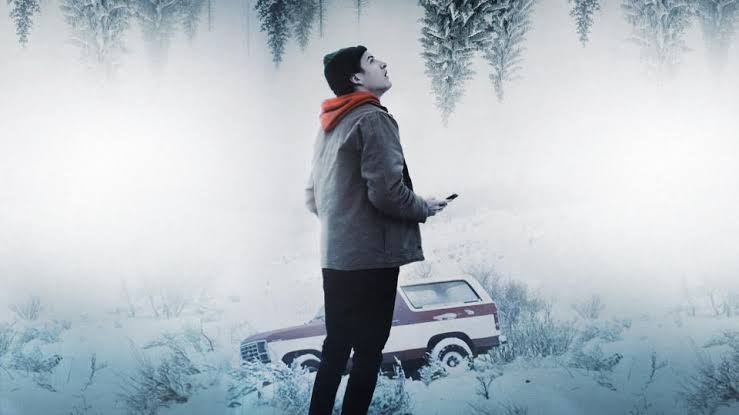 Streaming platform Quibi (short for Quick Bites) aims to bring new and novel viewing experiences to the fore. New series ‘Wireless’, which boasts of Steven Soderbergh as its producer, is one of them. Touted as a survival drama for the Gen-Z era, Wireless portrays Tye Sheridan as college student Andy Braddock, who gets stranded within the vast expanse of snowy Colorado mountains while on his way to a New Year’s Eve party. Through the lens of a survivalist theme, the show explores the nature of our relationships with phones and technology.

Quibi’s newest offering is all set to release on September 14, 2020. The streaming platform has gained traction for featuring bite-sized episodes of under 10 minutes; ‘Wireless’, too, will follow its now-infamous format. The series will also make optimum use of its ‘turnstyle’ technology, but more on that later.

Apart from Tye Sheridan (of ‘Ready Player One’ fame), the show stars Lukas Gage, Francesca Reale, Mace Coronel, Sydney Park, and Andie MacDowell. While Gage shot to fame for his role in HBO’s ‘Euphoria’, Reale’s claim to fame came with her role in Netflix’s ‘Stranger Things.’ Coronel has starred in the popular Nickelodeon show, ‘Nicky, Ricky, Dicky and Dawn.’ Sydney found stardom with her roles in ‘The Walking Dead’ and ‘Pretty Little Liars: The Perfectionists.’ Andie MacDowell is a veteran actress known for her roles in ‘Four Weddings and a Funeral’ and ‘Groundhog Day.’

The series follows self-absorbed college student Braddock as he traverses through the Colorado mountainscape to reconcile with his ex-girlfriend, Dana, at a New Year’s Eve bash. While Braddock is immersed in his social media feed, his car veers off the rocky mountain road. Braddock ends up stranded in the remote area without a soul in sight and only his dying phone to keep him company. How, or whether, he makes it out alive forms the crux of the show.

The series is unique in two distinct ways: it features two distinct but simultaneous perspectives. One unfolds on the protagonist’s phone screen and the other through traditional storytelling techniques.  Viewers can get the best of both worlds with Quibi’s turnstyle technology. Viewers can hold the screen horizontally for a conventional cinematic viewing experience or hold the screen vertically for a bird’s eye view of the story unfolding on Braddock’s phone screen. Said director Zach Wechter, “We really shot the equivalent of two feature films; they had to dance with each other and the timing had to be solid.”