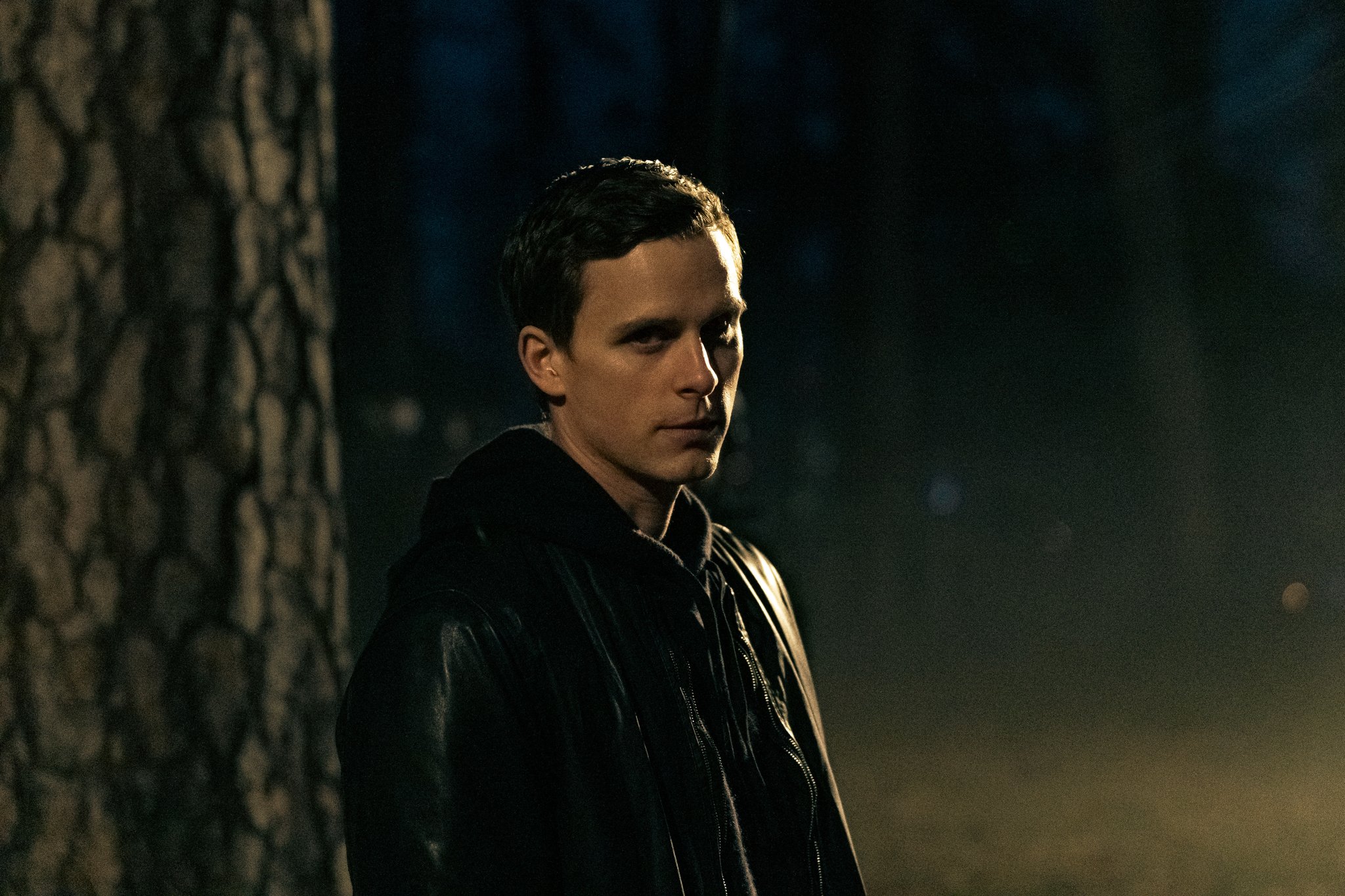 Ben Harris created the enthralling, slow-burning Nordic noir police drama series ‘Young Wallander’ for Netflix. Although a loose prequel to Henning Mankell’s Kurt Wallander stories, the detective series is a reimagination set in the present day. The second season picks up right after the first season’s finale, and young Kurt stays low-key after the devastating death of Hemberg. He even toys with the idea of leaving the major crimes unit, but Frida Rask makes him reconsider his choices. As new head Osei starts his tenure, a new hit-and-run case worries Frida. Wallander thinks the mystery is reasonably straightforward, but should he judge a book by the cover? If the final moments are plaguing you still, let us dive deep into the case files. SPOILERS AHEAD.

The series opens after the death of Hemberg, and Kurt thinks of leaving the job. However, senior detective Frida Rask manages to bring him out of the cocoon for a case. What seems like a standard hit-and-run incident becomes more and more convoluted as the story probes deeper into the rabbit hole. With some grace from a girl named Katja, the police find his name. The deceased is a middle-aged ex-convict by the name of Anton Nyberg. However, Anton Nyberg turns out to be an alias for Elias Fagar, a 14-year old boy who served a prison sentence of eight years. The person who put him behind bars was Frida Rask, in her very first case. 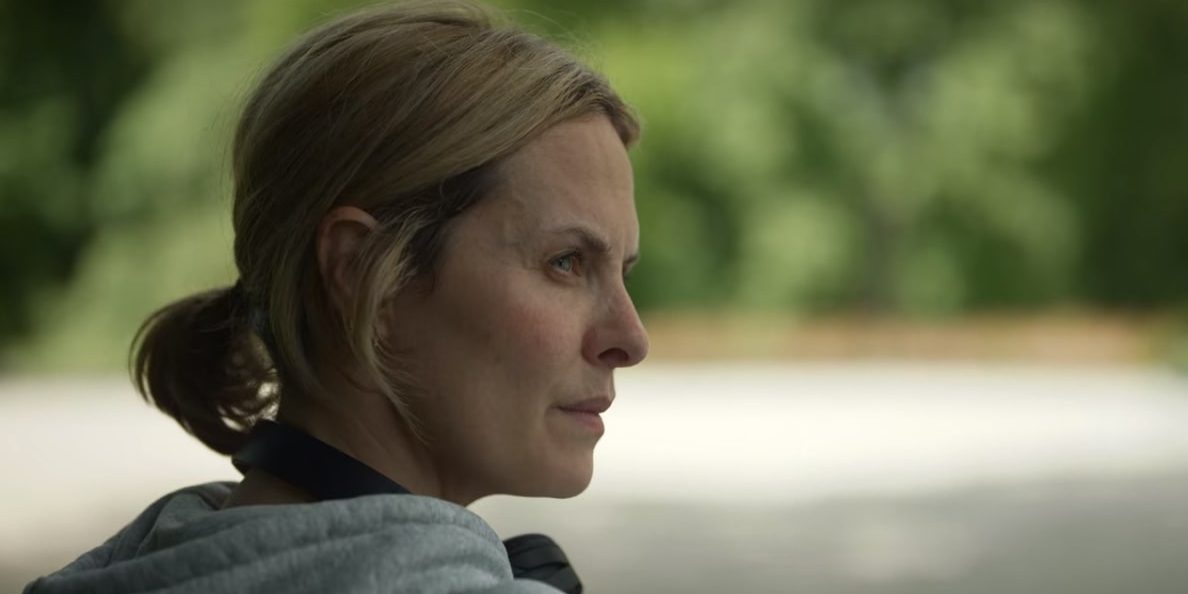 The police find a video from the club at the front to get a closer look at the murder. It is evident that Katja spoke to the killer before she went to Elias, and she may have had a hand in the murder. The footage also reveals a police car, and following it, Kurt knows that the vehicle is a fraud. Meanwhile, someone leaks the footage on media, which makes Reza think of possible insider involvement. On the other hand, another video of the case eight years ago resurfaces in Frida’s evaluation. Frida seems violent in the video when he calls a 16-year old Soren “monster.” However, Soren thinks that Moberg deserved it, and he looks pretty composed in his demeanor. The early case entails the death of swimming instructor Jurgen Moberg in the school sauna.

Even though Moberg seems more than clean, a saint, further investigation reveals an altogether different persona. Frida is tormented with the memory of the case when Kurt suggests that the truth may be other than her earlier assessment. Meanwhile, we find some intel on the guy with Elias at the club on the night of his death. This guy is Elias’ elder brother, Soren Fagar, who is allegedly the main culprit behind the death of Jurgen Moberg. He also spent eight years in jail, and the police came to know that he had broken parole previously. Although Katja tries to evade interrogation, Kurt leaves her a card. She attempts to call Kurt upon sensing her life under threat.

Reza, who is in the neighborhood of Lindaangen, assists Katja in her apartment. While they leave, judging Katja is not at home, the killer appears shortly after. Katja escapes through the balcony and goes to a narrow alley. The killer gets to her before the police can, and Kurt has seemingly arrived a bit too late. Although he has some explaining to do to Osei, he spots the hooded killer in the crowd. Kurt runs behind the killer, but he runs away. Meanwhile, Reza gets a promotion to fill in for Rask’s absence, while Soren breaks into Rask’s house unnoticed. Soren leaves Rask unscathed. After going through the case, Reza provides a theory, and they start looking into somebody in the police precinct with a grudge.

As the story gets more precise, it seems that Petterson killed Elias Fagar. Petterson is the same guy who works at the garage of the police precinct, and coming up with a fraud police vehicle would have been a piece of cake for him. Petterson also applied to the police academy thrice but never got a chance to serve. He later joined the military and served in Afghanistan for a while. After returning from Afghanistan, Petterson seemingly developed PTSD, which sent him to the psychiatric hospital of Edwin Holmgren, the father of Amelia Holmgren (alias Mia).

In the clinic, where Amelia was also a patient, she and Petterson developed an amicable relationship – Amelia later spills that Petterson looks after her. However, the relationship may have been more than friendly, as Petterson tries to protect Amelia till the very end. Detective Reza only has a hunch, and following the tip, Osei agrees to provide a wiretap for Petterson. They listen in on the conversation between Petterson and Amelia, where Amelia tells him that he has taken it too far. On the other hand, Soren follows the trail of the love letters to Elias’ yearbook and finds the identity of Amelia. Kurt cannot believe his eyes when he looks at Amelia’s photo – she is Mia, the flirtatious lawyer working with Mona.

As we recollect the evidence, we try to see why Petterson killed Elias. Firstly, the service in Afghanistan made him volatile – the reason behind his visit to the clinic. In this troubled time, he formed a bond with Amelia, and due to the circumstances, the bond was strong. Amelia told Petterson about Elias, as she was afraid that Elias would blurt out the truth. To keep Elias quiet, Edwin Holmgren bribed a hefty amount of money. And Elias almost said the truth to his brother – the truth about Jurgen Moberg’s death – before his death. Petterson employed Katja to lure Elias into the subway and drove Elias over. Petterson also probably released the video to get back at the police academy.

Who Killed Jurgen Moberg? Why?

In the season finale, the involvement of the Holmberg family becomes more apparent. We can finally put together the pieces of a puzzle that span eight years. Jurgen Moberg’s murder case was the first case of Frida Rask. Her investigation revealed that the infamous brothers at school, Soren Fagar and Elias Fagar, killed Moberg. Frida put them away for eight years, but there was more to the story than she could realize. His brother found some love letters from Elias’ house, suggesting a secret between her and Elias. The letters also mentioned how Elias helped her.

In the finale, Soren gets hold of Amelia in the church. Soren holds a knife on her throat, and Amelia speaks the truth. She was a victim of Jurgen’s pedophilia. Amelia wrote those letters to express her love for Elias to use him. She used to get special lessons from Jurgen, which is also how she had the keys. While Elias did not do much, Soren beat Jurgen to an extent. However, it was Amelia who put Moberg in the white-hot sauna, causing his final death. Amelia killed Moberg to have her revenge, while Edwin ensured the boys got the undue punishment by becoming their defense attorney.